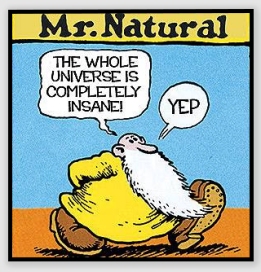 Do you remember the 60s? If so, you weren’t really there. Still, you may know someone whose brain was not so addled by the Summer of Love that he or she has forgotten Robert Crumb’s famous counter-culture cartoon character, Mr. Natural. Mr. N. was a bearded mystic guru who spouted aphorisms on the evils of the modern world, his most famously puzzling one probably being “Keep on Truckin’.”

Contrary to the cachet that Mr. Natural gave the notion, there was never that much virtue in being natural. That certainly has been true in the development of modern arboriculture law. There was a time when the common law made a substantial distinction between the natural and the, dare we say, artificial. If you had a tree on your land that had sprouted and was nurtured without your help, like the dozens of volunteer maple tree sprouts we yank out of our daylilies every year, the tree could do as it wished – grow, shed branches, attack the neighbor’s sewer lines with its roots, even decay and fall on the neighbor’s car – while you were exonerated of any responsibility. On the other hand, if your great-grandpa had planted the elm tree out back a century ago on returning home from the Great War, and it has become diseased and rotted (as trees are wont to do), the common law made you responsible for whatever damage its decay may cause.

You can imagine the furball this rule has caused. Who could tell whether your great grandfather planted that tree before catching influenza and cashing in? And for that matter, what possible should the agency by which the seed got into the ground have on whether a property owner ought to shoulder some duty to third parties for the condition of his or her property? 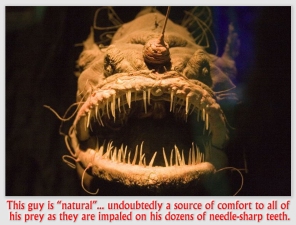 As society changed and population shifted to urban and suburban living, more often than ever courts have had the opportunity to question the rationale for the natural/artificial dichotomy. Today’s case is an excellent example of how appellate courts found themselves grappling with the issue.

One note: Despite the fact that the overwhelming reason for the damage to the Rowes’ house was that the McGees shirked their responsibility for the diseased tree, the Court found that the victims themselves had a very small role in the overall negligence. Under the old tort law doctrine of contributory negligence, if a defendant were 99% negligent, a plaintiff was only 1% negligent – contributorily negligent, we used to say – the plaintiff collected nothing. Zero. Nada. Zip. Bupkis.

The pernicious “contributory negligence” doctrine gave way in the late 20th century to “comparative negligence,” a much more sensible approach in which the percentage of negligence is weighed by the jury. If a defendant is 70% negligent and the plaintiff 30% negligent for the plaintiff’s injuries, the damage award is cut by 30%. Much more rational. 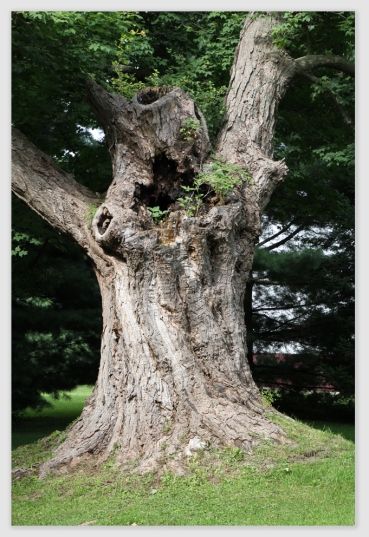 An oak tree stood on the McGees’ land, a towering old thing that was hollow and partially rotten, and leaning in a manner that suggested sooner or later it would fall. The tree was completely natural: no evidence suggested any landowner had planted or nurtured it. The oak was in this decrepit condition when Chuck bought the neighboring plot. Part of the McGees’ deal with Chuck was that he would remove the tree, but he did not. Instead, he completed the house and sold it to the Rowes, with the tree still leaning toward the new house.

The Rowes found it hard to enjoy their spanking-new thoroughly-modern luxury home with this next-door Sword of Damocles looming outside their living room window, so they demanded that the McGees eliminate the hazard. The McGees told the Rowes they wanted the great oak reduced to sawdust, they would have to do it themselves. The Rowes agreed to take it down.

Sadly, as of the night of April 22, 1967, they had not yet done so. That night, Mother Nature resolved the problem, blowing the decayed oak right onto the Rowes’ living room davenport and new RCA color TV.

Held: Because the McGees knew that their oak tree was decayed and liable to fall and damage Ed and Josie’s house, the McGees had a duty to eliminate the danger, and could not with impunity place the burden to remove the tree on the Rowes.

The Court of Appeals admitted that there were no North Carolina cases on the precise issue, and the state of the law – as reflected in The Restatement of the Law of Torts – was that “where a natural condition of land causes an invasion of another’s interest in the use and enjoyment of other land, the possessor of the land containing the natural condition is not liable for such invasion.” Thus, the Court said, at least historically, the law relieved the McGees of any obligation for mischief caused by the old oak. 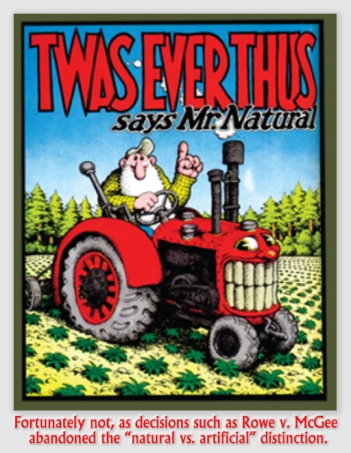 Ironically, in concluding that the natural-artificial distinction no longer mattered, the Court found direction in a case from Massachusetts, that flinty home of the self-reliant Massachusetts Rule. It cited a Bay State case in which a defendant owned a vacant lot with a large, dead elm tree. When a branch from the tree fell across the property line and hit a neighbor, the Massachusetts Court held that keeping such a tree near a property line constituted a private nuisance, observing that

In the Rowes’ row with the McGees, our North Carolina Court concluded that the greater probability of injury to other people or their property imposes a higher degree of care upon the owner of the tree or structure. In this case, the Court said, “where the defendants knew that the tree on their property was decayed and liable to fall and to damage the property of Edward and Josephine, we think and hold that the defendants were under a duty to eliminate the danger and could not with impunity place such burden to remove the tree on Edward and Josephine.”

But, the Court said, the trial judge was right to give the contributory negligence instruction due to the Rowes’ telling the McGees that they would remove the tree but did not, so the Rowes still took nothing.