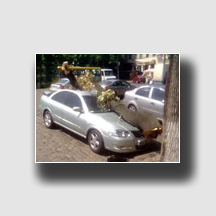 Negligence: Negligence is really rather simple, but you won’t find it defined in most state statutes. (California and Louisiana – you’re luckier than the rest of us). In fact, you might say that negligence is like obscenity: as Supreme Court Justice Potter Stewart once put it, “I shall not today attempt further to define the kinds of material I understand to be embraced within that shorthand description; and perhaps I could never succeed in intelligibly doing so. But I know it when I see it …”

On this page, we will describe the various elements of negligence , paying special attention to their application in the area of arboriculture and neighbor law. We begin with the “standard of care.”

Standard of Care: But just as Justice Stewart’s brethren had the duty to try to define obscenity, we have the duty here to attempt to define negligence. And it’s ironic that we describe it as a “duty,” because all negligence is rooted first in duty. Negligence has been defined as “[t]he failure to exercise the standard of care that a reasonably prudent person would have exercised in a similar situation; any conduct that falls below the legal standard established to protect others against unreasonable risk of harm, except for conduct that is intentionally, wantonly, or willfully disregardful of others’ rights.” Black’s Law Dictionary (8th Ed. Rev.2004) at page 1061.

The standard of care described in the definition is determined by first looking at the duty one person owes another. In order to establish negligence, a person seeking to recover damages from another must show (1) the existence of a duty, (2) the breach of the duty, and (3) injury proximately resulting from the breach. The amount of care required of a person to establish whether he has discharged his duty to another is often referred to as the ‘degree of care’ or the ‘standard of conduct’ which an ordinarily careful and prudent person would exercise or observe under the same or similar circumstances.
Consider this case, where the question of what duty was owed to the injured parties loomed large:

Following heavy rains, a tree that sat on Cooper’s urban property uprooted and leaned into Wertz’s fence and into a Colorado blue spruce tree that sat upon Wertz’s property. Wertz sued Cooper, complaining that Cooper failed to remove her tree when she should have. Wertz sought damages, including the cost of removing the fallen tree, the expenses to replace the damaged blue spruce, and other incidental damages.

Cooper argued that she didn’t know the tree was defective, that she wasn’t negligent in failing to maintain the tree, and that she could not be liable for the damage when an “act of God” caused the tree to uproot.

The trial court agreed that there was no evidence that the tree was deteriorating, and that Cooper was not liable for an act of God. Wertz appealed.

Held: Cooper wins. The Court noted that a negligence action requires a plaintiff to establish that: (1) the defendant owed the plaintiff a duty of care; (2) the defendant breached the duty of care; and (3) as a direct and proximate result of the defendant’s breach, the plaintiff suffered injury. In order for a plaintiff to establish the duty element in a negligence action arising from a fallen tree, the evidence must establish that the landowner had actual or constructive notice of a patent danger that the tree would fall. There is an exception to the general rule, however, concerning the duty of a property owner who has live trees with limbs overhanging a public street or highway. An owner of land next to a highway may be held liable for negligence under certain circumstances for injuries or damages resulting from a tree or limb falling onto the highway from such property. In addition, there appears to have developed a distinction throughout the United States that there is a lesser standard of care with reference to rural, farm, timber, or little used land as opposed to strictly urban property.

Generally, an urban owner has a duty of reasonable care, including the obligation to inspect to make sure that a tree is safe. The duty placed upon the urban landowner, who has only a few trees, is not a heavy burden. This is in contrast to the rural landowner who may have a lot of large-dimension trees; inspecting all of those over many acres would impose a duty of immense proportions, and constitute an onerous burden.

So the duty owed a traveler by a property owner – to make sure no trees along the highway are dangerous – may vary according to where the tree is. Like many common law concepts, this is just common sense: it’s much more difficult and somewhat less of a social utility for a property owner with a large rural tract along a less-traveled road to have the same level of duty to inspect his or her trees as the person whose oaks line Main Street in the city.