You know people like this. They leave restaurants with their pockets bulging from stolen packets of sugar, jelly or ketchup. They return from a vacation with a valise full of shampoo, conditioner, soap and teabags, boosted from every hotel on their itinerary. When they move from a house, they are sure to pick it clean of light bulbs, curtains, and even the unused toilet paper rolls left on the dispensers. In rare cases, they even uproot garden plants as they leave.

When you have folks like this over for dinner, you should audit your silverware before they leave.

The late Mr. Thomas was that kind of guy, probably a man with a closet full of mini-shampoo bottles, Bob Evans jelly tubs, and McDonald’s sugar packets. He was quite a thrifty guy. Maybe there’s a better word to use than “thrifty.” A word like “light-fingered.”

However you might describe him, after he signed the deal to sell his Iowa farm to Mr. Laube, but before he surrendered possession, Mr. Thomas thought he just might thin the timber a bit by cutting down and selling about a hundred walnut trees. True, the walnuts weren’t really ready for harvest – the 20-year-old trees were only about halfway to an age where they should be harvested – but Mr. Thomas could hardly see the sense of leaving all of that nice hardwood for Mr. Laube to cash in on a couple decades after closing.

Mr. Laube sued. Sadly, while he won the case, he was butchered on damages. There was no question that Mr. Thomas was liable. After all, the contract of sale didn’t reserve any timber rights to the seller. But the issue was the value of the trees that had been removed.

The Court ruled that the value of the 100 immature walnut trees was their present-day value at the mill, despite Mr. Laube’s lament that they would have been worth so much more had they been 20 years older. The Iowa Supreme Court admitted that Mr. Laube had a point – he had been deprived of trees that had great potential value, something that just giving him present commercial value didn’t recognize. But the Court said that the law had never allowed such damages, and it didn’t intend to do so here. The Court speculated – and that’s exactly what it was – that it “was perhaps to address this criticism that the legislature provided for treble damages in Iowa Code section 658.4.” 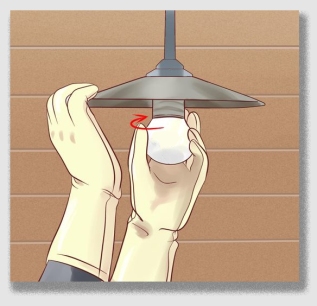 When taking all of the lightbulbs from your just-sold house, be sure to wear gloves so as to avoid being burned. The only one who should be burned by this process is the unwitting buyer.

Poppycock. Punitive damages are intended to punish, not make up for deficiencies in the law of compensatory damages. Farmer Thomas did not profit from his selling of the walnut trees on his way out the door, but Mr. Laube was hardly made whole.

Laube v. Estate of Thomas, 376 N.W.2d 108 (Sup.Ct. Iowa, 1985). In 1983, the Thomases contracted to sell a farm to Mr. Laube. Possession was to pass on March 1, 1984. Although no timber rights were reserved to the Thomases, they removed about 100 walnut trees from the tract between the contract and closing. There was no question of liability; in fact, at trial, Thomases offered to confess judgment for $1,000. The offer was refused.

The trial court awarded Laube the commercial value of the trees at the tie they were cut. Laube appealed.

Held: The measure of damages used by the trial court was correct.

The walnut trees were timber or forest, not used for a windbreak or ornamental purposes. The trees had stood at two sites on the farm, one a low-level area near a stream and the other in a permanent pasture. The 100 in question were smaller, presumably inferior for marketing purposes. The evidence showed that it was not a practical marketing time for the trees in question. At an age of 20 years, they would not mature so as to reach their reasonable marketing potential for another 20 years. Mr. Laube argued he should be awarded damages that took the current market price, considering the size and quality of trees 20 years hence, then discounting the figure appropriately to reach the present value.

It’s the present-day value of the commercial timber that matters.

The Supreme Court admitted that “especially [in] the showing of the inappropriateness of cutting the trees at their stage of semi-maturity, there is at first blush an attractiveness in plaintiffs’ contention that a routine allowance of only log value is inadequate. On the other hand, their suggested recovery does not conform with any recognized measure of damages for loss of trees.” Where the trees were put to a special purpose, such as for windbreaks, shade or ornamental use, the measure is usually the difference in value of the realty before and after the destruction of the trees. Where the trees had no such special use, the measure is the commercial market value of the trees at the time of taking. Where the trees can be replaced, damages are the reasonable cost of replacement.

Here, the Court said, the commercial value of the trees was the appropriate measure of damages. It suggested that the law provided for treble damages in Iowa Code § 658.4 to help adjust for the unfairness of situations such as the one in this case. However, it would not take into account future value in setting compensatory damages.