IT WAS SMALL WHEN I PLANTED IT

It was such a safe vehicle … so it must have been the tree’s fault.

Mr. Paredes was driving along I-805 in the driving rain, transporting his daughters in a superannuated Volkswagen with bald tires. He lost control of the VW and it slid down a bank, colliding with a eucalyptus tree located about 25 feet from an on-ramp. His 6- and 9-year-old daughters died in the accident, and he was badly hurt.

Normally, one would shake his or her head and observe that Mr. Paredes maybe was going too fast, or driving a junker in weather that was too bad, or perhaps engaging in risky conduct by relying on bald tires. But this being America, it had to be someone else’s fault.

Mr. Paredes blamed Caltrans, the California Department of Transportation. It was the agency’s fault because the trees were closer to the on-ramp than should be permitted by Caltrans standards, and in fact, shouldn’t have been there at all. Only problem was when the trees were planted, they complied with all standards. Even today, they were more than 30 feet from the road and 25 feet from the on-ramp. In other words, Caltrans may have set in motion the factors that caused the damage, but it didn’t create it negligently: the construction complied with all standards when built.

It strikes us as maybe parsing things a little too finely. But as we’ve said before, hard cases make bad law. Here, the jury may have gone off on a frolic, and — notwithstanding all of the expert testimony — figured that Mr. Paredes was a little too much at fault to be entitled to much. The Court of Appeals, which is legally disposed to defend a jury verdict anyway, may have agreed.

Driving 60 mph in a beater of a car with bald tires through heavy rain? So exactly who was negligent here? Some workers who planted a tree 15 years ago or the idiot who jeopardized his most precious possession — two little girls — in his haste to get somewhere?

Mr. Paredes claimed the trees were too close to the road …

Paredes v. State, 2008 WL 384636, 2008 Cal. App. Unpub. LEXIS 1262 (Cal.App. Feb. 14, 2008). Marco Paredes was injured and his two daughters killed when Paredes lost control of his vehicle in heavy rain, after which the vehicle slid down an embankment and struck a eucalyptus tree. Paredes claimed that California Department of Transportation (Caltrans) employees created the dangerous condition by creating the slope and planting eucalyptus trees within 30 feet of the on-ramp without protecting them with guardrails, demonstrating negligence per se as well as placing Caldrons on notice of the defect.

The jury disagreed. It found that the property was in a dangerous condition at the time of the accident and was a substantial cause of Paredes’s injury and the death of his children, but it nonetheless concluded that the State did not have actual or constructive notice of the condition in sufficient time before the incident to protect against it. The jury also found the dangerous condition was not caused by a negligent or wrongful act or omission of a State employee acting within the scope of employment.

The testimony of a single witness may be sufficient to establish substantial evidence, the Court said, and here, the jury as the exclusive judge of credibility was entitled to believe the defendant’s witnesses. 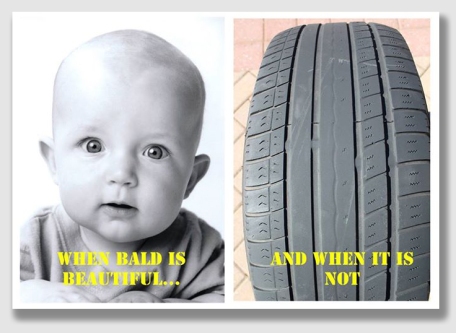 Someone should have told Mr. Paredes this …

Here, State employees planted the accident tree as well as other trees on the embankment. But the Court refused to fault the jury’s finding that the public property was in a dangerous condition at the time of the accident required it to also find the State had notice of that condition. On the evidence here, the jury could have concluded that the planting of the young eucalyptus tree on the embankment was not dangerous in 1979 or 1980 when that project was completed but became dangerous only when its trunk grew to a larger diameter. Thus, while State may have had notice of the physical condition it had created — the presence of trees on the slope — the jury was entitled to conclude it did not have notice that the condition was dangerous. Substantial evidence supported such a conclusion, the Court held.