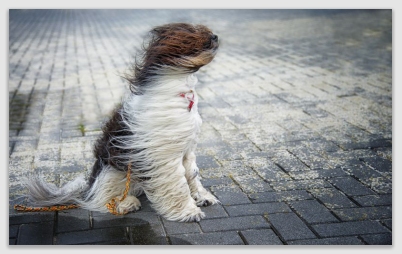 We’re heading into the teeth of the winter storm season, with The Weather Channel continuing its silly practice of naming foul weather systems: the Christmas Eve doubleheader this year is Winter Storm Eliott.  Eliott promises to be a bomb cyclone, bring some snow, more bone-chilling cold, and a lot of wind.

The wind reminds us of the case we’re writing about today. We’re not suggesting that the case has an Association to the 1960’s hit. But it was windy one night near the musical instrument capital of the world, and many trees in Elkhart County were blown over. The county crews worked diligently through the night cleaning up the mess, but Marvin Hochstetler rode his motorcycle down a dark county road in the predawn hours, he found a tree the county hadn’t gotten to — and he found it the hard way.

As he recuperated from his injuries, Mr. Hochstetler hired a canny personal injury attorney. The problem was that the Indiana Tort Claims Act had an exemption carved out for conditions arising from inclement weather. Our intrepid cyclist’s response was two-fold: (1) this was so long after the storm (a whopping four hours) that it no longer qualified as storm damages; and (2) if the County hadn’t been negligent in maintaining roads and trees prior to the storm, the limb he hit wouldn’t have been there. He lost in the trial court, but the Court of Appeals agreed with Hochstetler.

The Indiana Supreme Court wasn’t buying, however. It upheld the trial court, finding that the unrebutted evidence told of widespread damage and hard-working repair crews through the nighttime hours. To agree with Mr. Hochstetler that the limb with which he had become intimately familiar should have been removed prior to 5 a.m. was to hold the County to too high a standard. 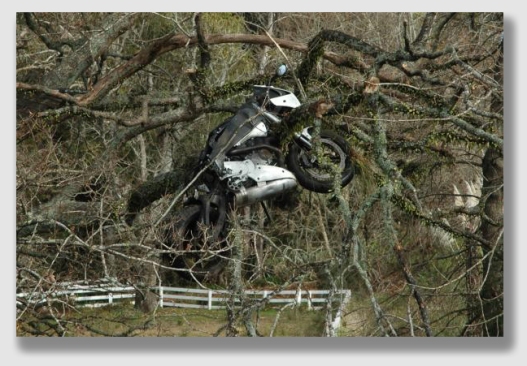 Hochstetler v. Elkhart County Highway Dept., 868 N.E.2d 425 (Sup.Ct. Ind., June 20, 2007). At around 1 a.m. on June 12, 2001, Elkhart County was hit by a strong storm that produced many fallen trees and limbs. The county started dispatching crews at about 1:30 as calls began coming into the highway garage. There were eventually 56 reports of fallen trees on county roads as a result of the storm.

Among these reports, received about 2 a.m., was a call about a tree down on County Road Four, north of State Road 120. It turns out that County Road Four is some seven miles long, and State Road 120 does not intersect with it. Riding his motorcycle sometime very early that morning, Marvin Hochstetler struck a tree that had fallen across County Road 4.

Hochstetler contended the erroneous report was about the tree he hit. Hochstetler sued the highway department, the county commissioners, and the county sheriff, alleging that they were negligent and careless in maintaining the county road. The county defendants moved for summary judgment on the basis of immunity under the Indiana Tort Claims Act. The trial court granted them judgment.

The Court of Appeals reversed.

The Indiana Supreme Court then heard the case. 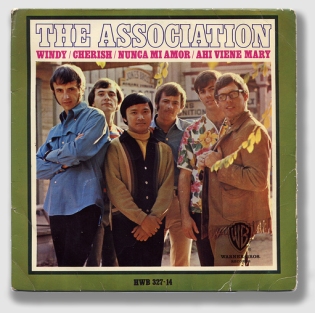 Held: The county defendants prevailed. A provision of the Indiana Tort Claims Act provides immunity for losses resulting from temporary conditions of public thoroughfare that result from the weather. The Supreme Court held that the provision applied to county highway, sheriff’s departments and county commissioners insofar as the personal injuries went that Mr. Hochstetler claimed to have sustained when he hit a tree that had fallen on a county road.

The unrebutted evidence showed that the storm produced scores of trees and limbs down on roads, county highway crews were on the job almost immediately, and highway crews were still at work hours after the storm had passed in the middle of the night. The Court agreed that state and local governments may have tort responsibility for damages flowing from negligence, but the Tort Claims Act grants immunity for that negligence under certain specified circumstances. This was one such circumstance, the majority held.

The plaintiff tried to get around the weather exception by arguing that the weather-related hazard went on too long after the storm and that there was an issue of fact whether poor design and maintenance — not the storm — was responsible. One judge thought the plaintiff had enough of a point so as to survive summary judgment, but the majority of the five judges prevailed.