WHATCHA GONNA DO WHEN THEY COME FOR YOU?

Many people find it hard to believe that until about 50 years ago or so, a citizen was largely without remedy when federal employees violated his or her Constitutional rights. Oh, sure, if the feds beat a confession out of you or take your stash of B.C. Bud without a warrant, you might get the confession suppressed or the fruits of the illegal search excluded from your trial. But this pretty much meant that only the guilty could get their Constitutional rights vindicated. For the truly innocent – like the readers of this blog – suppression seems like a pretty pale palliative.

What if you were like Webster Bivens, whose door was kicked in by drug agents who had the wrong house? In Bivens v. Six Unknown Named Agents of the Federal Bureau of Narcotics, 403 U.S. 388 (1971), the Supreme Court said that when the government, its agents, its employees, or even its minions, breach a person’s Constitutional rights, a remedy must exist. (For a state/local version of this, look at Anjanette Young, the naked, frightened social worker whose door was kicked in (mistakenly it turned out) by Chicago police).

Since that time, Bivens actions have been employed (mostly without marked success) by citizens whose rights have been allegedly trampled by federal agents and employees. A lot of those citizens are not in very good positions to begin with (as you can see here at our sister blog). But some are just average Joes, like rancher Charlie Robbins. He bought a ranch whose predecessor had given the federal Bureau of Land Management an easement. But the BLM knuckleheads never recorded it, so when Robbins bought the place, he took the ranch free of the easement. BLM demanded that he sign another one. He refused.

What followed was a disgraceful reign of harassment which caused one BLM official to resign, saying “[i]t has been my experience that people given authority and not being held in check and not having solid convictions will run amuck [sic] and that [is] what I saw happening.” But the BLM’s war of attrition was one of a thousand petty slights — trespasses, spurious administrative sanctions, even videotaping of his guests — and Mr. Robbins didn’t have the money or energy to litigate every one of them.

Too bad for him. The Supreme Court held that there was no Constitutional remedy for the non-stop harassment by government employees. Instead, the victim must bankrupt himself or herself by litigating the slights as they occur. It’s like suggesting that the best remedy for death by a thousand cuts is a thousand Band-aids. And to add insult to injury, the Court held that what would be extortion if inflicted on an East Side shopkeeper by the Mob is perfectly lawful if practiced by a government employee to gain an advantage for the government. 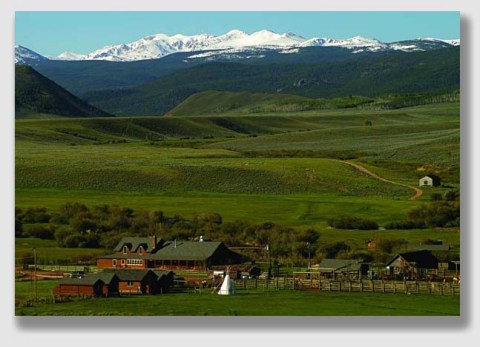 “Nice place,” BLM told Rancher Wilkie. “Can we harass you out of it, maybe?”

Wilkie v. Robbins, 551 U.S. 537 (2007). Robbins’s Wyoming guest ranch was a patchwork of land parcels intermingled with tracts belonging to other private owners, the State of Wyoming, and the federal government. The previous owner granted the United States an easement to use and maintain a road running through the ranch to federal land in return for a right-of-way to maintain a section of road running across federal land to otherwise isolated parts of the ranch. When Robbins bought the ranch, he took title free of the easement, which the Bureau had not recorded.

Robbins continued to graze cattle and run guest cattle drives under grazing permits and a Special Recreation Use Permit (SRUP) issued by the Bureau of Land Management. Upon learning that the easement was never recorded, a BLM official demanded that Robbins re-grant it, but Robbins declined. Robbins claims that after negotiations broke down, BLM employees began years of low-level harassment of him in order to force him to re-grant the BLM easement. This harassment included an unauthorized survey of the desired easement’s terrain and an illegal entry into Robbins’s lodge. In each instance, Robbins had a civil damages remedy for trespass, but he did not pursue it because the isolated trespass had caused inconsequential damages. BLM at the same time began vigorous — perhaps unduly vigorous — enforcement actions against Robbins, including administrative claims for trespass and other land-use violations, a fine for an unauthorized road repair, and two criminal charges.

Robbins had the opportunity to contest all of the administrative charges. He fought some of the land-use and trespass citations, and challenged the road repair fine as far as the Interior Board of Land Appeals, but did not seek judicial review after losing there. He exercised his right to a jury trial on the criminal complaints, and the jury acquitted him after only 30 minutes of deliberation. Although the quick verdict tended to support Robbins’ baseless-prosecution charge, the federal trial judge did not find the Government’s case thin enough to justify attorney’s fees, and Robbins appealed that ruling too late. 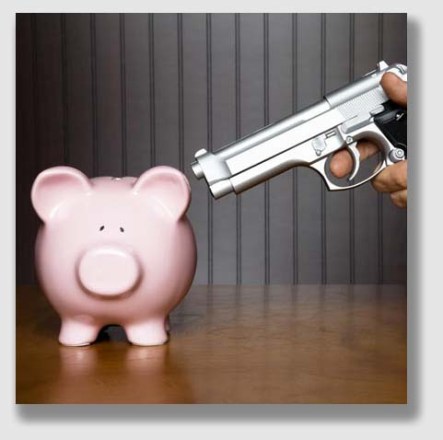 Extortion is ugly, no matter whether the Mob or Uncle Sam is behind it.

BLM also canceled a right-of-way given to Robbins’s predecessor in return for the Government’s unrecorded easement, a 1995 decision to reduce the Robbins’ special recreational use permit duration from five years to one, and termination of the SRUP and a grazing permit in 1999. Robbins also alleged BLM employees videotaped his ranch guests during a cattle drive, and they attempted unsuccessfully to pressure a Bureau of Indian Affairs employee to impound Robbins’s cattle. Robbins has an administrative, and ultimately a judicial, process for vindicating virtually all of these complaints. Instead, he filed a claim against the BLM employees he alleged had orchestrated and carried out the low-intensity warfare against him to pressure him into granting BLM an easement, claiming that they had violated his due process rights under color of their office, relying on Bivens v Six Unknown Named Agents of the Federal Bureau of Narcotics, a Supreme Court case from the 1970s that permitted citizens to sue federal employees who had violated their constitutional rights. Robbins also claimed the employees had engaged in RICO (Racketeer-Influenced and Corrupt Organizations Act) conduct by blackmail and extortion (a so-called Hobbs Act violation) in order to obtain a new easement. The trial court threw out the suit, but the 9th Circuit Court of Appeals reinstated it. The BLM sought review from the U.S. Supreme Court.

Held: The Supreme Court dismissed the case against the BLM employees. The Court held that a landowner did not have a private action against BLM’s employees for damages of the sort recognized under Bivens, and the alleged violations of the Hobbs Act and state blackmail statutes by BLM employees in their efforts to obtain an easement over landowner’s property for the exclusive benefit of the Government did not qualify as a predicate RICO offense.

The Court said that trying to induce someone to grant an easement for public use was a perfectly legitimate purpose, and, as a landowner, the Government had a valid interest in getting access to neighboring lands. To permit a lawsuit to redress retaliation against those who resist Government impositions on their property rights would invite claims in every sphere of legitimate governmental action affecting property interests, from negotiating tax claim settlements to enforcing OSHA regulations. The Court observed that Congress is in a far better position than a court to evaluate the impact of a new species of litigation against those who act on the public’s behalf. At any rate, the Court said, the Hobbs Act does not apply when the federal government is the intended beneficiary of extortionate acts by government employees. given that the alleged conduct did not fit the traditional definition of extortion

The Court found it noteworthy that Robbins had had judicial and administrative remedies for all of the minor annoyances, harassments and inconveniences which he, in the aggregate, claimed merited a Constitutional rights lawsuit. He did not pursue many of these remedies, and those he did pursue he often did not pursue to the end. Given that the wrongs he complained of were not without remedy, the Court was uncomfortable with trying to create a new one, especially one which it feared would spawn so much litigation.

Two justices dissented in part to the decision.