WHEN A TREE GROWS ACROSS A BOUNDARY – AND CAUSES A NUISANCE

Trees often don’t start out straddling property lines. Rather, they sprout as carefree saplings, but later grow above and below the ground without regard for metes and bounds.

Do you remember Flap Your Wings? It’s a great children’s book by P.D. Eastman, a favorite of my 4-year-old grandson Ezra, a story in which Mr. and Mrs. Bird suddenly find an oversize egg in their nest, placed there by a well-meaning stranger who found the orb on the ground and wrongly deduced it had fallen from the tree. They love and care for the egg, but it hatches into something that unexpectedly becomes a real nuisance in their nest. A great book with a happy ending… but no spoiler alert is needed here. We won’t tell you what hatched.

When the Bergins planted a tree on their land in 1942, they had little idea that it would grow into a big problem. The tree thrived over 25 years, a great oak from a little acorn having grown, so to speak. (All right, it was an elm, but you take the point…) It expanded from its modest plot toward and across the boundary line with their neighbors, in the process knocking the neighbors’ chain link fence out of line, raising the sidewalk and causing drainage problems.

The Court disagreed with the Bergins’ defense, ultimately adopting the rationale of the Colorado case of Rhodig v. Keck. It was the intent of the parties, the Court ruled, not the location of the tree, that governed whether the tree was a boundary tree. 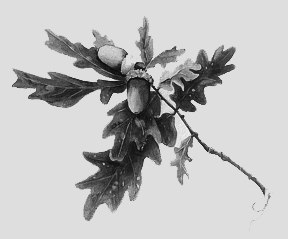 Here, the Bergins planted and maintained the tree exclusively. They and the Holmbergs neither treated nor intended the elm to be a boundary tree. Instead, the tree ended up straddling the boundary only by an accident of growth. No matter where the tree had grown to encompass, it remained the Bergins’ tree, and the court found it to be a nuisance.

The damage wrought by the tree makes an interesting comparison to the 2007 Virginia decision in Fancher v. Fagella on encroachment and nuisances. The tree’s shallow root system made remedies short of removal infeasible, and the roots seemed to run just about everywhere. The case is an excellent illustration of how the facts of the particular growth at issue can drive a court’s decision.

Holmberg v. Bergin, 285 Minn. 250, 172 N.W.2d 739 (Sup.Ct. Minn. 1969). The Bergins and Holmbergs were adjoining landowners in Minneapolis. In 1942, the Bergins planted an elm tree on their property about 15 inches north of the boundary line, and they have maintained the tree and have exercised sole control over it since that time. The Holmbergs bought their place 10 years later and constructed a chain-link fence on their property 4 inches south of the common boundary line. When the fence was completed, the tree was 6 inches away from it and 2 inches away from the boundary line, so the tree did not touch or interfere with the fence.

By 1968, the tree was 75 feet high, with a trunk diameter of 2 1/2 feet, and it was protruding about 8 inches onto the Holmbergs’s property. Its roots extended onto Holmberg’s property and pushed the fence out of line, making the use of a gate in the fence impossible. The tree was close to both houses and the roots, being cramped for room, have pushed up a large hump in the ground around the base of the tree. The roots raised the ground level from the base of the tree to the Holmbergs’ sidewalk and caused it to tip toward their house, resulting in drainage into their basement.

To fix the problem, the Holmbergs were forced to construct a new sidewalk, which — because of the tree roots — promptly cracked as well. The Bergins’ property value property would depreciate by $5,000 if the tree were removed. 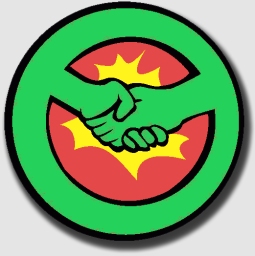 The parties had never agreed that the tree would mark their boundary – and this was important to the court.

Held: The tree was a nuisance. The Supreme Court held that something more than the mere presence of a portion of a tree trunk on a boundary line is necessary to make the tree itself a ‘boundary line tree’ so as to bring it within the legal rule that it is owned by adjoining landowners as tenants in common.

Whether the tree marks the boundary depends upon the intention, acquiescence, or agreement of the adjoining owners or upon the fact that they jointly planted the hedge or tree or jointly constructed the fence.

Nothing in the record discloses any intention of the parties that the tree should mark a boundary line between the properties. The law is clear that one cannot exercise his right to plant a tree in such a manner as to invade the rights of adjoining landowners. When one brings a foreign substance onto his land, he must not permit it to injure his neighbor. And, the Court held, an injunction against the continuance of a nuisance — such as the one issued by the trial court — may be proper if it is necessary to a complete and effectual abatement of the nuisance.