Yesterday, I noted the incremental creep of the law toward imposing an affirmative duty to inspect trees. The Turner v. Ridley court suggested that it was no longer enough that an owner lacked actual or constructive knowledge of a defective tree. In some cases, he had a duty to inspect, and in the absence of having done so, he was charged with knowing that his trees were dangerous. 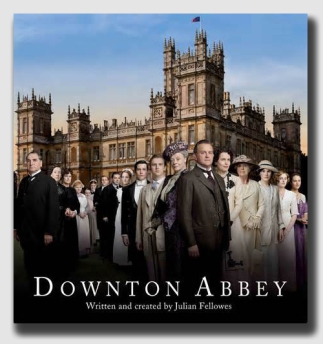 Which one is Tilford E. Dudley?

Was I wrong in predicting that Turner portended the judicial application of a duty to inspect? Today’s case was decided only a few years after Turner by the same court, the District of Columbia Court of Appeals. In this case, a tree standing next to an apartment house fell across an alley onto Tilford E. Dudley’s place. Dudley’s name itself is classic – evocative of a titled cousin come to visit the Granthams at Downton Abbey.

Tilford sued the apartment owner, Meadowbrook, Inc. At trial, (land)lord Dudley showed that the tree, although quite alive at the time it fell, had a five-foot-long concrete patch on one side and was decayed from the inside out. It hadn’t been shedding branches, but due to the proximity of the apartments, soil had been banked several feet high around the tree and a “well” had been dug at its base for the trunk.

The trial court threw out the case after Tilford Dudley finished his direct case, holding that the defendants won as a matter of law because there was no evidence they were on notice that the tree was defective. 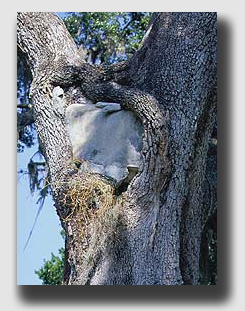 A concrete patch in a tree.

The Court of Appeals was apparently rather impressed that the tree had been patched with enough concrete to build rebuild the 14th Street Bridge. Concrete plugs in trees were a common enough treatment to fend off decay years ago, but – like physicians’ blood-letting as a cure for illness – it has fallen into disfavor recently. But in this case, the Court said, such a big concrete patch – as well as, possibly, the banked soil and apartment building only four feet from the truck ­– ought to have caused the owner’s manager to do something to inspect the tree or, importantly, hire an arborist to inspect the tree. There may have been evidence she did so, but the Court of Appeals said that Meadowbrook couldn’t hide behind a general lack of obligation to inspect.

The Court thus nudged the standard a bit further along. If something in the tree’s history – and the concrete patch apparently was over 10 years old – might suggest that it was diseased or injured at one time, the Court seemed to say, an owner might have an affirmative duty to inspect, or even to hire an expert to inspect, her trees.

Of course, there’s no telling what condition might trigger such an affirmative obligation. Decayed trunk? Dead limbs? Bracing or cabling installed by a tree service? A surfeit of twigs shed by the tree? Insects clinging to the bark? There’s no telling, but you can be sure that a court will be more willing to Monday morning quarterback a defect that results in collapse, holding that the property owner should have been inspecting for that.

Dudley v. Meadowbrook, Inc., 166 A.2d 743 (C.A.D.C. 1961). A large tree on Meadowbrook’s property fell across an alley and onto Dudley’s premises, damaging his garage and other property. Dudley sued for his damages. At the end of Dud’s case, the trial court found for Meadowbrook, ruling that it was unnecessary for the defense to put on any answering evidence.

Held: The holding was vacated, and the vase returned to the trial court.

The tree, which had been growing since before 1942, fell at a time when no strong wind was blowing. When an apartment house was built there, the soil had been banked 2 or 3 feet deep on two sides of the tree and a concrete well was built around the tree trunk. The apartment building was about 4 feet from the tree well and a paved parking area was about a foot away. Dudley testified that the tree was about 75 feet tall and 2 .5 feet wide at the base. Where it broke off at ground level there were indentations extending about 6 inches below the ground and into the base of the tree trunk, and an area of about 2 feet inside the trunk appeared to be “spongy, decayed and soft,” although no decay showed on the outside of the trunk. Dudley said the tree was in full foliage with no dead branches but that on one side of the trunk there was a strip of cement extending from near the base to a height of about 5 feet. The cement had been there for at least 12 years before the tree fell.

No longer part of an arborist’s bag of remedies …

The Court admitted that the law was muddled, but held that “the sound and practical rule is that liability in such cases is to be determined by the test of negligence and that a landowner should be held to the duty of common prudence in maintaining his property, including trees thereon, in such a way as to prevent injury to his neighbor’s property.” It then opined that “[a] healthy tree does not ordinarily fall of its own weight without some exterior force being directed against it. Though some evidence indicated that the tree looked sound, it was in fact full of decay. At least 13 years earlier it had been subjected to surgery and a large area filled with concrete. We think it cannot be said as a matter of law that during all the intervening years the owners were under no duty to inspect it or have it examined by an expert to see whether it required further attention and whether it was safe to let it remain standing.”

Without any evidence other than its own sense that something didn’t seem right that the tree had fallen without any apparent external factor and that it had once had surgery, the court substituted its judgment for the evidence in the record. Some of its holding can be ascribed to as courts’ natural bias in favor of letting a jury decide rather than having the case taken from the factfinder by a trial judge. But if evidence of surgery more than 13 years prior is sufficient to “require … [the owners] to produce evidence as to what they knew about it or what examinations they made during the many years since the tree was last treated,” then a generalized rule that requires urban owners to inspect their trees cannot be far behind.

Here, the case was sent back for a new trial.