DRAFT ME A VERBAL CONTRACT 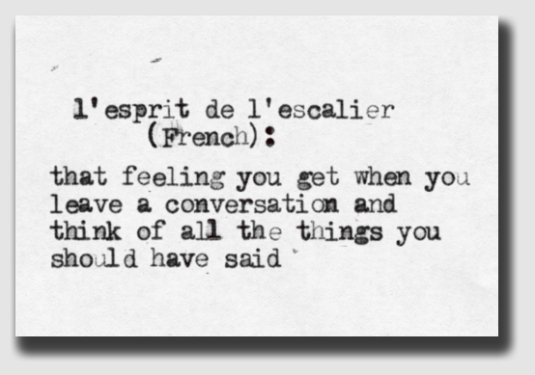 Ah, l’esprit d’escalier! Those biting, snappy comebacks we wish we had said at the time. You know, those retorts that sound like Donald Trump’s tweets.

Today’s case is about something akin to that, not rapier ripostes, but rather one of those rather important contract terms — how long the multi-year agreement would last — that both parties kind of wished they had discussed at the time they first made their deal.

And maybe one of them did. To be sure, each probably had what is today called an “exit strategy” in mind. But neither brought it up. And what’s worse, nothing was in writing on the parties’ joint venture to raise and harvest peaches. Samuel Goldwyn was right when he observed that “a verbal contract isn’t worth the paper it’s printed on.”

What’s surprising is that their verbal deal lasted as long as it did. Invariably, however, problems ensued. When Miami Valley Fruit Farm wanted to terminate the deal after about 20 years, Southern Orchards protested that the length of the venture was for the useful life of the trees, meaning that the deal would go on until the trees were worn out. It sort of turns the old Stripes line on its head: you can’t go … until all the plants die.

The Court agreed, because that was the only interpretation that made sense to it. You see, without a contract in black and white, everything was pretty gray. Think of how much they saved by not hiring lawyers to write up some boring old detailed contract. Probably less than 5% what they spent litigating the issue 20 years later … 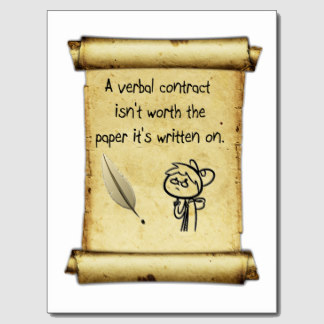 The evidence showed that after a peach tree orchard is planted, the trees have to be cultivated for years before they mature enough to bear fruit and begin to produce profitable, full crops. Once mature, the trees have an “economic life” for an indefinite period of years, during which they produce profitable crops each year until their fruit production declines to the point where they are no longer profitable and new trees must be planted. The “economic life” of the trees varies based on factors such as the variety of the peach and cultivation techniques. The trees at issue still had years of “economic life” remaining.

Southern Orchard argued the agreement had to last for the “economic life” of the trees in order to provide for the recoupment of its expenses. Miami Valley argued there was no agreement between the parties for any specific duration of the contract, that the parties considered the agreement to run from year to year, and that in any event, the “economic life” of a peach tree could not provide the agreement with a definite term since the duration of the life cannot be determined with any degree of certainty. Accordingly, Miami Valley argued it had the right to terminate the agreement.

Held: The injunction against Miami Valley is upheld. The Court of Appeals held that the question as to the length of time the contract remains in force is governed by the circumstances of each particular case. Here, the Court said, evidence showed that the parties intended the employment contract to continue for more than a single crop season. Considering the particular circumstances and expenses incurred to plant, cultivate and harvest the peach trees, the Court found that the parties agreed that the employment contract would continue for as long as the trees produced reasonably profitable crops, the “economic life” of the peach trees.

The old aphorism that a “stitch in time saves nine” is worth recalling here. A little consideration to all of the material terms of the agreement at the outset – perhaps a few bucks spent on a lawyer whose forte is thinking about all the “what ifs” that the parties aren’t considering ­– would have saved a lot of time and expense two decades down the road.