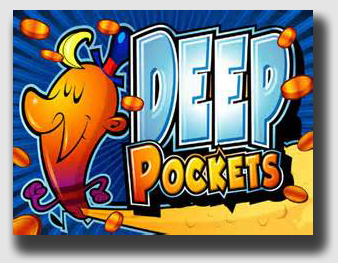 The first rule of plaintiff advocacy … look for the deep pockets.

Pete Spano was a municipal employee, detailed to haul away debris left by a tree trimming company that had been hired by the village government to trim trees along a street. A fellow municipal employee – using a village front-end loader – dropped a log on Spano, injuring him.

Quick, legal scholars – whose fault was it Spano was hurt? Could it be the village worker whose ham-handed running of the loader had caused the log to fall on Spano? Could it be the village manager, who had let an unqualified worker operate some dangerous heavy equipment? Perhaps the Village itself, for not budgeting enough to buy a decent front-end loader or staff up the Street Department so that Spano had more help?

C’mon, you would-be lawyers! We need to be creative here. The real culpable party, according to Spano’s lawyers, was none of these. Instead, it was the tree-trimming company. Of course! It had cut the logs too large, so large that the front-end loader could not handle them easily.

This notion may seem puzzling to many… but not to a good plaintiff’s attorney. The back story here, of course, is that a patchwork of well-intended New York laws (and may God save us from well-intended laws) made it impossible for Spano to successfully sue his employer or, for that matter, his fellow workers. It wasn’t so much that anyone entertained the notion that the private tree-trimmer, Northwood Tree Service, was negligent. No one really thought that. However, Northwood was the sole party at the scene that wasn’t immune to a lawsuit. Thus, it wasn’t just the deepest pocket, it was the only pocket.

Of course, Spano also could have sued the front-end loader manufacturer for making a machine that couldn’t safely pick up a big log or the chainsaw manufacturer for negligently making chainsaws that cut big pieces instead of small pieces, or even Starbucks for putting too much caffeine in the front-end loader operator’s latte. With lawyers this creative, the list could be endless.

The court thought so, too. It held that Northwood owed no duty to Mr. Spano simply because it had a contract with the Town. Even if it did, it was hired to cut down a tree, and that’s what it did. Spano’s attorney could see where the case was heading and tried to amend his way out of it, but the Court said where the complaint was palpably meritless and the amendment insufficient to fix the problem, pulling the plug on the whole case was the only humane thing to do.

Spano v. Northwood Tree Care, Inc., 852 N.Y.S.2d 289, 48 A.D.3d 667 (N.Y.A.D. 2 Dept., 2008). Spano was injured while performing tree debris removal for his employer, the Town of Mount Pleasant, which contracted with Northwood Tree Care to cut down a tree. The Town provided its own employees to haul the logs away. When one of Spano’s coworkers attempted to pick up a particular log with a front-end loader, the log — which was too big for the bucket — fell on Spano’s ankle.

Held: The suit was properly dismissed. Northwood Tree Care established that it did not owe a duty of care to Spano by virtue of its contract with the Town, and in any event, the Town properly performed its obligations. The trial court also correctly denied Spano’s cross-motion for leave to amend the complaint. While leave to amend a complaint shall be freely given under the rules, the Court said leave may be denied where, as here, the proposed amendment was palpably insufficient or patently devoid of merit.