THOSE OLDIES BUT GOODIES 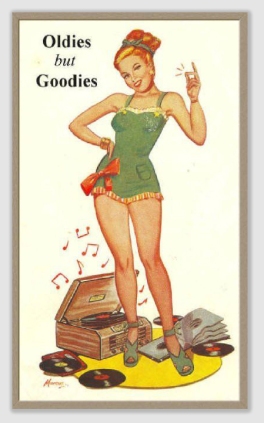 Anglo-American jurisprudence is built on stare decisis, the notion that a decision, once rendered, may be relied upon by future generations to be a correct and reliable explanation of the law.

It does not always work this way. Some decisions are sufficiently wrong-headed (take, for example, Plessy v. Ferguson) that reversal is both legally and morally right. But as the current row over Roe v. Wade illustrates, reversal of precedent is never undertaken lightly.

That’s what a Pennsylvania decision that’s almost 80 years old can make its way into our lineup. Dare v. City of Harrisburg is old, but it’s still good law. As an application of the law of nuisance, as well as an explanation of the police power of a municipality to regulate nuisances for the commonweal, this case is fresh enough to have been tweeted just yesterday. It’s an old case, but a good one.

Mr. Dare clearly was a guy who loved his Carolina poplar. The tree is vigorous and rapidly growing, and – at least by the account in the case – can sniff out a water source like a bloodhound working a spoor. When it finds a water source – especially one as nutrient-rich as a sewer, it pries the source open like a squirrel cracking a nut.

Great for the tree. Not so great for the sewer. Or the city that has to maintain it, or the poor homeowner who watches unspeakable things backflow into his or her basement.

Dare v. City of Harrisburg, 16 Pa. D. & C. 22 (Pa. Common Pleas 1930). In August 1925, the City of Harrisburg established a Shade Tree Commission under an Act providing for the planting and care of shade trees. A few short years later, the Commission ran headlong into Mr. Dare, who had a healthy, full-grown 35-year-old Carolina poplar shade tree in front of his property, one of nine such trees along the street.

In fall 1929, the Shade Tree Commission order the Carolina poplar removed, to be replaced with a Norway maple tree.

The Norway maple was well suited to the Harrisburg climate and soil. The Carolina poplar, on the other hand, grows rapidly, is short-lived and has fibrous roots which can extend up to 100 feet in search of water. The roots have a tendency to penetrate the smallest crevices, and particularly enter sewers seeking moisture and food.

The City had a sewer about 38 feet from the tree, which was clogged twice, backing up into nearby homes, during the summer of 1929. Each time, crews pulled bushels of small matted Carolina poplar roots from the sewer. The Shade Tree Commission found that Mr. Dare’s Carolina poplar tree was likely to continue to clog the sewer, costing the City money and causing sewer backups that damaged other homes.

Mr. Dare argued that Commission’s proposal to remove the tree was arbitrary, unreasonable and an abuse of any discretion which the statute may have vested in the Commission. He said the problem was a shoddily-built sewer, and that removing the tree constituted an unconstitutional taking of his property without compensation.

Held: The tree was a nuisance, and the Shade Tree Commission could order its removal without paying compensation to Mr. Dare. The evidence showed that the tree grew out to the sewer and stopped it, different from a case where the growth of the city around the tree was what created the condition now being called a nuisance.

The Court admitted that “it is a serious matter to destroy a beautiful shade tree and thus somewhat diminish both the market value and the advantages of one’s home. But when the tree has become a nuisance and the municipal authorities have upon proper evidence so determined, the court cannot say that a determination to remove such tree is either arbitrary or unreasonable.”

The Shade Tree Commission Act of 1907 gave the Commission the “exclusive and absolute custody and control of and power to plant, set out, remove, maintain, protect and care for shade trees.” This language, the Court said, gives the commission the exclusive power to remove. A municipality has a right to control trees and to remove them, and that courts will not interfere unless there is an abuse of discretion or the power is exercised willfully, wantonly and unnecessarily. Where trees become a nuisance, the municipality does not act in the exercise of eminent domain but under the police power and needs no permissive statute.

Nor must the City pay compensation to the tree’s owner. The Court agreed with the principle from a Municipal Corporations treatise that “without regard to who owns trees in the street, the municipality has the right to control them, and it may in proper cases in the interest of public safety, convenience or health, cut them down. It is well settled that a municipality, even in the absence of a permissive statute, may remove trees, when necessary as against the objection of the abutting owner, without compensation, in connection with making improvements on the street, or where they are an obstruction to travel. For example, to improve and render a highway safe and convenient for travelers, to carry out a plan or system of street improvements, or to prevent the roots of trees from clogging a city sewer.” 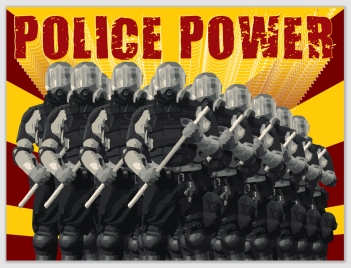 Mr. Dare cited Bushong v. Wyomissing Borough, a prior case, in which municipal authorities were denied the right to remove a private landowner’s tree. But there, the Court said the City attempted to remove Norway maple trees (which is the species intended to be substituted in the instant case), which were well adapted to the conditions in the borough, and to plant in its place a Crimean linden, which had not been planted in the borough before and was not an established shade tree. In that case, the Court said, “it was very properly held that shade trees were not nuisances per se, and that the removal of beautiful and ornamental trees which add to the desirability and the value of properties, merely for the sake of uniformity, would be exercising an unreasonable and arbitrary power. But in the case of Mr. Dare’s Carolina poplar, there was “no question of the removal of the tree for the purpose of making municipal improvements, thus exercising the power of eminent domain or merely removing the tree to plant a tree of another kind, which may not be any better adapted to the soil and environment. The question is whether the city has the right, in the exercise of its police power, to direct the removal of a tree which has become a nuisance. We base our decision on that proposition alone.”