Sounds like a Craigslist come-on, doesn’t it? But morals weren’t loose here, just one of the fittings on a swingset.

A little boy and his father were at a Salt Lake City park, where the boy was swinging on a “toddler swing.” He fell and hit his head on a concrete lip surrounding the swing.

His father sued the City for negligence — after all, he couldn’t get jurisdiction over Sir Isaac Newton to sue for negligent gravity — and the City raised as a defense the Utah Limitation of Landowner Liability-Public Recreation Act. That mouthful of an act is Utah’s recreational user statute, and was intended to encourage public and private owners to open unimproved parklands to the public without charge by protecting them from liability for natural conditions.

The trial court made short work of Dad’s lawsuit, holding that he was a non-paying user of the facilities and that the City thus owed his son no duty of care. But on appeal, the Utah Supreme Court reversed. The Supreme Court held that the City hadn’t opened the park in response to the legislature’s encouragement. Rather, the park was opened long before the recreational user statute passed. The governmental immunity act already permitted suing for a city for negligence because of conditions in the park.

The Utah Limitation of Landowner Liability-Public Recreation Act was not intended to apply to an improved city park already covered by other laws. Plus, the Utah Supreme Court said, despite the patchwork of decisions across the country as to what was improved and what was not improved land, it appeared that an improved city park — one that included a swingset apparatus like the kind on which the boy was injured — took the city park outside of the protections of the Utah recreational user statute. 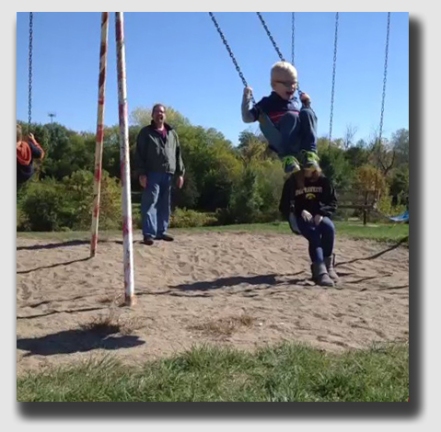 This may seem to be a great win for a poor little kid with a concussion, but not much attention is paid to the losers. Those would be the taxpayers who fund the settlement that’s sure to follow, as well as everyone who will have one less place to go when the City – flummoxed by the confusing state of the law – finds it easier and cheaper just to close the parks.

De Baritault v. Salt Lake City Corp., 913 P.2d 743 (1996). Young Marc De Baritault was on the toddler swing at Laird Park is a city-owned park located in Salt Lake City. He fell and injured his head on a concrete ridge surrounding the play area.

His father sued on his behalf, arguing that City had designed, constructed and maintained the playground negligently. The City argued that because the boy was a recreational user of public lands held open without charge to the general public, the City had no duty toward him under the Utah Limitation of Landowner Liability-Public Recreation Act.

The trial court granted summary judgment on the grounds that Marc was a nonpaying recreational user of Laird Park, and that under the Act, Salt Lake City owed no duty of care to the boy. The court also concluded that there was no evidence of deliberate, malicious, or willful conduct by the City, which would have resulted in liability under section 57-14-6 of the Act.

Held: The Utah Limitation of Landowner Liability-Public Recreation Act did not apply to a small, improved city park, and thus, did not preclude Marc’s recovery for his injuries. The Court held that extending the Act’s application to improved city parks which, unlike many private wilderness lands, were not opened to the public in response to the Act, and which were already covered by other laws – such as the Governmental Immunity Act – would serve neither the legislative intent nor the purpose of the statute.

In Utah, courts that have focused on the nature of the land itself have found some combination of following characteristics must be present before immunity under the recreational use statute applies: the land must be (1) rural, (2) undeveloped, (3) appropriate for the type of activities listed in the statute, (4) open to the general public without charge, and (5) the type of land that would have been opened in response to the statute.