Emily Dickinson had something to say about today’s case. The Belle of Amherst wrote,

The Wind does not require the Grass
To answer Wherefore when He pass
She cannot keep Her place.

Today’s problem was slow to develop, but like a winter storm undergoing bombagenesis, it just got bigger and bigger. Marie’s property was separated from her charming neighbor Ed’s by a 100-foot long cinder block retaining wall. In about 2004, “a mulberry tree and some shrubs began growing” – note the passive voice, as though the growth was mere happenstance, not brought on by anyone’s actions – in Marie’s property near the retaining wall.

Everyone agreed that Marie had nothing to do with the mulberry tree. She didn’t pant it, mulch it, stake it, or fertilize it. It just grew. And grew. And grew. About eight years later, its roots began toppling Ed’s beautiful wall.

To be sure, Marie diligently trimmed the mulberry branches every year, but unsurprisingly, she did not excavate around it so she could trim the tree’s roots. Who does that? When the wall began showing damage in 2012, Ed wrote Marie a letter (evidence enough that their relationship must have been too frosty for him just to mosey on over and say something), expressing concern about the damage. Marie, ever the good neighbor, hired some guys to trim back the trees and bushes. That wasn’t good enough for Ed, who then sent Marie a certified letter complaining that her tree was tipping over his wall but warning that she better not let any of her workers step on his property in an attempt to fix it unless they were insured and had permits.

At this point, Marie’s interest in jumping through Ed’s hoops appeared to have waned. She did nothing more, and Ed sued.

He accused Marie of carelessness, negligence, and gross negligence, complaining that the “maintenance of her property” – which is to say, suffering the tree to grow – caused the damage to the retaining wall. Of course, he wanted money. 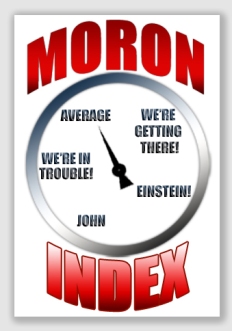 At trial, Marie said Ed’s wall had been installed by morons and thus was falling down of its own accord. Ed said Marie should have taken care of the tree to ensure that it did not crumble his wall. The court, it turns out, did not care about either argument: instead, it held that a tree growing near the wall is a naturally occurring condition. As such, Marie is not liable for what the tree does.

We are constrained to note that this is not the law everywhere. The Hawaii Rule, as brought up to date by decisions such as Fancher v. Fagella, holds that when a naturally-occurring tree becomes too much of a nuisance, the owner can be forced to do something, regardless of how the tree got there or how little the owner’s role in nurturing it. But not in New Jersey.

Like Emily’s grass, Marie’s mulberry could not keep its place. And the court, like Emily’s wind, did not require Marie to answer for the tree’s peripatetic roots. Oh, the poetry of it…

Scannavino v. Walsh, 445 N.J. Super. 162 (Superior Ct. N.J., 2016). Marie’s naturally-growing mulberry tree got big enough that its roots started causing her neighbor’s retaining wall to tilt and collapse. Neighbor Ed sued her for damages the tree caused the wall, but the trial court held she was not responsible for the naturally-occurring growth of a tree she had not planted.

Held:  The Superior Court sided with Marie. It held that a cause of action for private nuisance derives from the defendant’s “unreasonable interference with the use and enjoyment of the plaintiff’s property.” Under the Restatement (Second) of Torts, “neither a possessor of land, nor a vendor, lessor, or other transferor, is liable for physical harm caused to others outside of the land by a natural condition of the land,” which includes the natural growth of trees, weeds, and other vegetation “upon land not artificially made receptive to them.” Similarly, “a possessor of land is not liable to persons outside the land for a nuisance resulting solely from a natural condition of the land,” including “trees, weeds, and other vegetation on land that has not been made artificially receptive to it by act of man.” 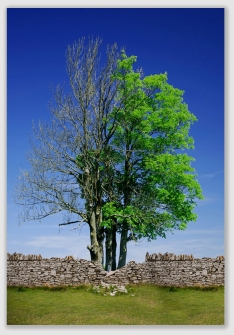 New Jersey courts have held that injury to an adjoining property caused by the roots of a planted tdse can be actionable as a nuisance. The rationale for the property owner’s liability in that case was not because of the natural process of the growth of the tree roots, but instead due to the affirmative act of the property owner in planting the tree that caused the damage. But here, Marie did not plant the tree, and while she trimmed it from time to time, she engaged in no positive acts like fertilizing or maintenance to encourage growth. Had she done so, that might have converted a naturally growing tree into one for which the landowner was liable. However, the Court said, “simply cut[ting] back the trees above the ground” was not a positive act to encourage growth.

The record contained no evidence that Marie’s trimming had improved the tree’s health or accelerated the growth of the roots. As well, the trial court found that Ed had failed “to demonstrate that any actions undertaken by [Marie] or her agent caused the damage to the wall.” Finally, even Ed himself told the Court he was not asking the judges to infer that cutting back the trees had increased root growth.

Instead, all Ed argued was that by cutting back the trees, Marie became liable for the damage caused by the roots. That is contrary to the law, the Court said, and seeks unfairly to “impose liability upon a property owner for hazardous conditions of his land which he did nothing to bring about just because he happens to live there.” Because Marie’s cutting back of the tree did nothing to “bring about” the root growth, neither the trees nor the damage was “brought about” or “precipitated by the property owner’s affirmative act.”

g liability of an adjacent landowner who allows the natural condition of his property to ‘run wild’.” What’s more, some of Marie’s trimming was in response to Ed’s belly-aching, and the Court was not about to sandbag Marie because she tried to be a good neighbor.

Ed suggested that if Marie was not held to be liable, then landowners like Ed might have to use self-help, and trespass on her land to cut down the tree himself. The Court dismissed the argument. Ed’s own letter suggested he could abate the nuisance from his side of the property line, which is consistent with the Massachusetts Rule (which fully applies in New Jersey). At any rate, the Restatement (Second) of Torts provides that “entry onto a neighboring property to abate a private nuisance is permissible under certain circumstances.”

Interestingly enough, the Restatement (Third) of Torts might have held Marie liable if she failed to exercise reasonable care in allowing the tree’s roots to damage the retaining wall. But the Supreme Court of New Jersey has directed that the Restatement (Second) of Torts is the law, and until that changes, Marie’s tree is on its own.