Blink-182 – What fine-looking lads!  You have a teenage daughter? Speaking of reckless, look what she could bring home …

“On and on, reckless abandon, something’s wrong, this is gonna shock them …” The velvet tones of Blink-182, so reminiscent of the Kingston Trio!

OK, not velvet tones, just some teenage angst and a little toilet humor. But today’s protagonist might have had the punk rockers on his iPhone while he was wielding his chainsaw with… well, with reckless abandon.

One day last winter, complains loyal reader Jeff Phylum of Maple Falls, Ohio, he went to work as usual. In the middle of the day, his neighbor called him to report that some tree cutters had cut the top 60 feet off his prize 75-foot tall silver maple tree. His neighbor, the kind of nice old lady who every kid in the ‘hood can’t stand, had carefully noted the name of the tree trimming service in a little spiral notebook. She gave the name to Jeff, and Jeff called them.

“Ha, ha,” the owner exclaimed, “what a gaffe! Boy, is our face red! We had an order to cut down a silver maple, and we went to the wrong house! Isn’t that just the funniest thing?”

Jeff didn’t think so. The owner sent a representative over to look at the forlorn 15-foot trunk still standing, admitted the crew had come to the wrong address, and offered $1,000 to forget the whole thing. But Jeff loved that tree, which shaded the house, nested squirrels and birds, and provided a canopy for family picnics. Jeff’s arborist figured that replacement of the tree with the most comparable silver maple available would cost somewhere around $25,000.

Section 901.51 of the Ohio Revised Code lets an injured party collect treble damages from a party who “recklessly cut down, girdle, or otherwise injure a vine, bush, shrub, sapling, tree or crop growing on the land of another.” Jeff wondered whether the tree trimming service had been reckless and whether his $25,000 might be tripled to $75,000. If it did, he might even afford a fill-up.

The tree service owner was red-faced … but somehow, that didn’t make Jeff feel much better.

In Collins v. Messer, a woman hired a tree trimmer to clear some of her land. She told the trimmer to only clear to a fencerow, which she later said she believed was the property line. It was not, and the other property owner was unhappy. Mrs. Messer tried to settle with him, but things broke down and he sued.

The trial court found Mrs. Messer’s testimony about her mistaken belief that the fence marked the boundaries credible, as well as her statement that she told the trimmers not to go beyond the fence. Based upon those findings, the trial court determined that Messer’s actions were not reckless and she was not liable for treble damages under the statute. In assessing damages for the trespass, the court held that the measure of damage is the cost of reasonable restoration of property to the pre-existing condition or to a condition as close as reasonably feasible without requiring grossly disproportionate expenditures and with allowance for the natural processes of regeneration within a reasonable period of time.

What does this mean for Jeff? Whether the tree trimmer was reckless depends on what led him to the wrong house, and what steps he might have taken to verify the address. Cutting down a healthy 75-foot tall hardwood shade tree is a pretty final act, and the industry standard is for the tree trimming employee who performed the estimate and pre-work inspection to be on-site when the work is begun. The irrevocability of cutting down a large tree on a residential lot in the city is such that the trimming company had to have understood the known risk that if the work was performed at the wrong house, the consequences would not be pretty.

One might think that the tree trimming company would want to settle this one for the cost of restoration, rather than roll the dice on whether it will have to pay treble that amount. It is pretty clearly liable for the blunder. When its best hope is to convince a jury that the blunder was just negligence, there isn’t much upside in litigation. As Ronald Reagan once said, “If you’re explaining, you’re losing.”

The rear of Collins’ home abuts the rear of Messer’s property in a residential subdivision. Mrs. Messer hired Wilson Garden Center to clear vegetation to an old farm fence, which she thought was a property line. She was not present when the Garden Center employees cleared the vegetation. Mrs. Messer had never met Mr. Collins, and she didn’t speak to him before the Garden Center performed the work. The vegetation, with the exception of a few trees, was cleared up to and beyond the farm fence at a time when neither party was at home. It turned out that Messer’s property line did not extend to the old farm fence and that most of the vegetation cleared was on Collins’ property. Mr. Collins testified that he was “devastated” when he learned of the destruction of the vegetation.

Collins and Messer split the $1,647.91 cost of hiring a landscaper to plant some pine trees in the area between the properties, but the relationship between the parties deteriorated during the year that followed. Finally, Collins sued Messer in trespass, seeking treble damages under O.R.C. §901.51. 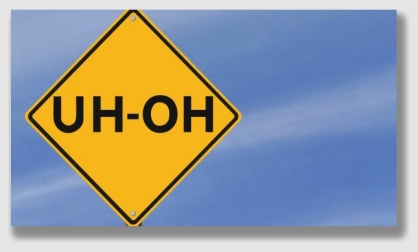 Held: The Court found that the evidence was sufficient to support the finding that Mrs. Messer’s actions were not reckless, and thus Mr. Collins was not entitled to treble damages. She testified that she was mistaken that the fence constituted the boundary, and she never told the Garden Center workers to go beyond it. Mr. Collins had no evidence to rebut Messer’s claim of mistake, and the trial court may have been swayed by Mrs. Messer’s willingness to share the cost of the mistake before things deteriorated into a lawsuit.

Also, because the parties already had agreed on splitting the costs of planting replacement trees, Mr. Collins wasn’t entitled to additional trespass damages for loss of vegetation. In assessing damages for the trespass, the trial court held that the measure of damage is the cost of reasonable restoration of property to the pre-existing condition or to a condition as close as reasonably feasible without requiring grossly disproportionate expenditures and with allowance for the natural processes of regeneration within a reasonable period of time.

The appeals court agreed with the trial court that Mrs. Messer compensated Mr. Collins for his damages by paying $823.00 for the pines planted on Mr. Collins’ land.