The general rule in this country as to boundary trees – those trees located partly on parcels belonging to more than one owner – is that the landowners have rights to the tree as tenants in common. This means that no owner can do anything to the tree without permission of the other.

There’s a good reason I suggest that owners get good advice from a local attorney. This blog is not legal advice. You pay for legal advice. What I write here is free. You get what you pay for.

What’s more, there are nearly always variations, however slight, among the states. Today’s case is a perfect example. The tree was clearly a boundary tree, but one of the owners, who did not think he was an owner, had a tree trimming service sever some roots and branches on his side of the property line. He sued the other owner for the cost of the tree service, alleging the other guy owned the tree.

Of course, the other guy only owned it to the same extent the aggrieved owner did. But in New York –unlike elsewhere – a tenant in common may trim on his or her side of the property line, self-help that is consistent with the Massachusetts Rule but inconsistent with what everyone else says a tenant-in-common may do.

Ahmed v Zoghby, 63 Misc. 3d 866, 98 N.Y.S.3d 391 (City Ct. Middletown, NY, 2019). A large tree straddled the property line separating Shafi Ahmed’s property from that of Allen Zoghby. Allen complained that the tree’s roots extended under and pushed through a portion of his driveway. As well, branches of the tree hang over his property and drop leaves and other debris onto his roof.

Shafi produced evidence that the tree straddled the property line, that his insurance company had ordered him to fix the heaved concrete, and that leaves and twigs fell on his roof. He also produced estimates from two companies to repave the driveway, including cutting off the tree’s roots. Shafi eventually hired a third contractor, Max Landscape LLC, for $2,950.00 to do the work. He eventually hired a third contractor, paid him $2,950.00 for the job, and had the work done.

Allen testified that he had the entire tree (including the overhanging branches) trimmed 8-10 years before. He did not know if the tree was on his property or Shafi’s property, but he believed it straddled the property line between the two properties. Allen showed that he, too, had cracked driveway pavement.

Shafi sued Allen for maintaining a private nuisance, seeking damages, and an order that the tree be removed.

Held: It is the long-standing rule in New York that a tree is wholly the property of him upon whose land the trunk stands. However, if a tree straddles the line between two properties, the owners of each property own the tree as tenants in common. Because of this, Shafi could not sue Allen for a private nuisance. Even if he could, Shafi had not proven any real sensible damage, and his action in removing the branches were self-help actions as co-owners of the tree and were not subject to reimbursement by the neighbor. Finally, a property owner who owned a tree as a tenant in common with a neighbor could not recover damages resulting from the tree’s root because both parties would be liable for the damage.

The Court noted that a tree is the property of the person upon whose land the trunk stands. But if the tree straddles the boundary line between two properties, the owners of each property own the tree as tenants in common. Where damages are caused by roots from a tree owned by neighbors as tenants in common, each owner may not recover from the other property owner but is limited to self-help remedies to cure any such damage on that owner’s property caused by the tree’s roots so long as that action does not injure the main trunk of the tree.

Overhanging branches, accumulated fallen leaves, branches, and or buds, or cosmetic damage to a garage, or branches and leaves blocking the sun, without proof of actual injury to a person or that person’s property (which injury is known as “sensible damage”), is not enough to sustain a claim of private nuisance. In a private nuisance context, just as it has been established that a property owner may resort to self-help in the first instance to remove tree roots adversely affecting his land, so it has been held with the removal of overhanging tree branches. Where the parties own as tenants in common, each party is entitled to conduct ordinary clipping or pruning, so long as this does not injure the tree’s main trunk. 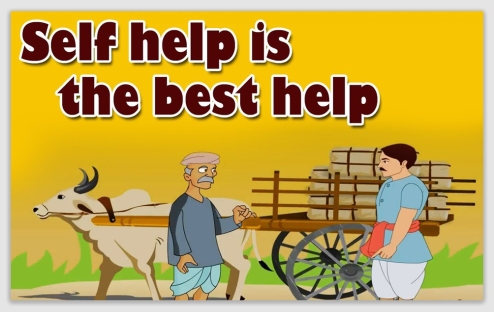 Even if this were not so, under CPLR 214(4), actions to recover damages for injury to property must be commenced within three years of the property damage. Shafi paid a contractor to trim the tree in 2013 but did not sue until 2018. Therefore, even if he were entitled to sue, he would be too late.

Beyond that, the Court said, “overhanging branches, accumulated fallen leaves, branches, and or buds, or cosmetic damage to a garage, or branches and leaves blocking the sun, without proof of actual injury to a person or that person’s property is not enough to sustain a claim of private nuisance.” The remedy in such case, the Court said, is self-help: “Summary abatement by self-help under these circumstances is a sufficient remedy. Just as it has been established that a property owner may resort to self-help in the first instance to remove tree roots adversely affecting his land, so it has been held with the removal of overhanging tree branches… Shafi, in essence, resorted to self-help in 2013 by hiring a contractor to remove the branches and leaves, and that self-help was appropriate in this case because of the lack of “sensible damage” from the falling and accumulating leaves.”