Condemnation is the process by which a public entity takes private property. The 5th Amendment requires that due process be followed, in that the taking not be arbitrary and be the result of necessity, that the owner is fairly compensated for the property that has been taken, and of course that the owner have a chance to challenge the taking in court.

Occasionally, the government will take a piece of property by conduct. A good example would be passage of a state law to preserve wilderness, the effect of which would be to close roads through state forests that cut off access to private property for lumbering. Then, the proceeding is called inverse or reverse condemnation, a suit against a government to recover the fair market value of property which has in effect been taken and appropriated by the activities of the government when no eminent domain proceedings are used.

None of this seems to have much to do with trees, especially your rights to compensation if state employees come onto your land and cut down a tree because they’re geographical klutzes. After all, the state has to intend to take your property (and take specific steps to do so) in a condemnation action. Even where the condemnation is a reverse one, the state has to deliberately do whatever it does to cause your property to lose value.

That’s why I was surprised and a little troubled by the Commonwealth of Kentucky’s response to its highway department employees’ goof in cutting down a boundary line tree without approval of the private landowner. If the trespassers had been Joe’s Tree Service, we know how it would have turned out: a trespass action, with damages for the trespass and the tree removal. But because the employees worked for the state, poor Gini Grace found out much after the fact that what had occurred was not a trespass, but a reverse condemnation.

To be fair, Gini’s lawyer might have saved the action as a negligence case and not a reverse condemnation had the complaint alleged negligence-type damages beyond the loss of the tree. But to me, that note in the opinion seemed to be a make-weight. Had her complaint alleged torn up lawn, driven-over shrubs, and Moon Pie wrappers littered about, I suspect the court would have just found a different way to get to its reverse-condemnation conclusion.

Not only did the rules get rewritten when the state trespassed on Gini’s place, but they were rewritten after the fact. Gini, don’t ever play poker with the Commonwealth of Kentucky, lest you learn too late that a pair of twos really does beat a royal flush.

The Kentucky Department of Highways (“KYTC”) is responsible for maintaining state highways, including elimination of hazards. In March 2012, KYTC removed a tree which KYTC believed to be located, at least partly, on the right-of-way and encroaching the highway. Gini Grace filed a complaint with the Kentucky Claims Commission, alleging KYTC negligently trespassed and cut down her tree. KYTC moved to dismiss the claim.

The Commission found that two-thirds of the tree was on the state right-of-way and the remaining portion was on Gini’s land. It found KYTC negligent for failing “to conduct a reasonable inquiry and ascertain where the property lines were before they cut the tree,” and awarded Grace $11,666.66 plus the cost of removing the stump.

The McCracken Circuit Court reversed the order of the Commission and dismissed Gini’s claim, concluding it was a claim for reverse condemnation, rather than negligence. And, because the Commission only has jurisdiction over “negligence claims for the negligent performance of ministerial acts against the Commonwealth,” the Court ruled, it lacked subject matter jurisdiction over Gini’s claim. Gini appealed.

Held: The Commission lacked jurisdiction over Gini’s claim, and the claim thus had to be dismissed. 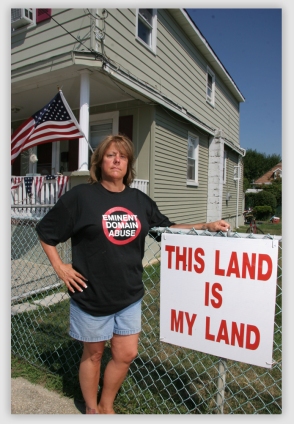 The Kentucky Claims Commission has “primary and exclusive jurisdiction over all negligence claims for the negligent performance of ministerial acts against the Commonwealth, any of its cabinets, departments, bureaus, or agencies, or any officers, agents, or employees thereof while acting within the scope of their employment.”

Reverse condemnation is a suit against a government to recover the fair market value of property which has in effect been taken and appropriated by the activities of the government when no eminent domain proceedings are used. Gini Grace’s claim form filed with the Commission, alleged that a “tree, 3ft in diameter was cut down by the Highway Dept. without my permission.” This was the only injury asserted. Gini did not allege any additional damage to her property arising from KYTC’s negligence. Therefore, the Court ruled, Gini’s claim to recover the value of the tree “is in the nature of a claim for reverse condemnation.”

Gini argued that she claimed negligence because her claim form indicated KYTC “negligently trespassed” onto her property to remove the tree. The Court admitted that a trespass was necessary to cut the tree, but ruled that the damages Gini claimed do not emanate from the trespass, but from the taking.

KYTC was negligent in failing to determine whether the tree was on the state right-of-way, but Kentucky law holds that where an entity possessing the power of eminent domain prematurely enters upon private premises, the exclusive remedy of the landowners is based on Kentucky Constitution, Section 242, which provides that ‘just compensation for property taken’ shall be made. This rule preempts claims asserting negligent trespass that result in a taking.

Because Grace’s injury arose due to KYTC prematurely entering her property and removing the tree, her sole remedy lies in an action for reverse condemnation. Therefore, the Commission lacked subject matter jurisdiction of her claim.