Louisiana alone among the fifty states has a diverse (some might say muddled) legal history. Due to its heritage of French ownership for 81 years, then Spanish ownership for 38 years, and finally French for a few more (until Thomas Jefferson bought the place), Louisiana law between private parties, principally contracts and torts, is based on French and Spanish codes and ultimately Roman law, with only a few common law influences.

Rather than relying on stare decisis and law by accretion – that is – judicial decisions on real conflicts following prior cases and in some cases expanding on the principles that controlled the resolution of the conflicts, Louisiana has a comprehensive civil code, sort of like a binding version of Restatement of Torts and Restatement of Contracts.

Not everything is different, however. Louisiana’s laws, like the other states, from time to time sets up legal presumptions. All a presumption does it tilts the scales one way or the other, depending on the public convenience or good. And presumptions are doggone useful: For instance, a child born of a husband and wife living together is presumed to be the natural child of the husband. A person who has disappeared and not been heard from for seven years is presumed to be dead. And the one we all know from TV, an accused person in a criminal proceeding is presumed innocent until proven guilty. 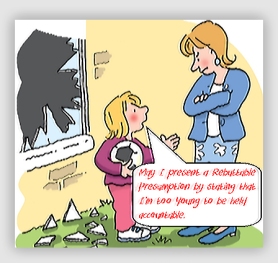 Presumptions can be useful in tree law as well. If a tree is growing on the boundary between your property and your neighbor’s, it can be pesky and difficult proving who planted it, when it was planted, and what arrangements the people then owning the properties may have made regarding the sapling. Some states solve this simply: if it straddles the boundary, it is commonly owned by both landowners, and no one can mess with it without the other owners’ consent. Others make it more difficult: whether the tree is commonly owned depends on whether the neighbors claiming part ownership can jump through hoops to prove they (or their predecessors-in-interest) helped plant or nurture the tree, or treated it as the boundary line.

In today’s case, the plaintiffs – Mark and Catina Jack – were unable to prove that the tree was not commonly owned. They could not show who planted it, when it was planted, or what arrangements had been made. The court declared the presumption to control the case, saying that as to evidence to the contrary, “You don’t know, Jack.”

Jack v. Successions of Albert, 2019 La.App. LEXIS 1512 (La.App. 1 Cir. Sept. 4, 2019):  The Jacks and the Alberts are neighbors. A large oak tree stands on the boundary between their properties. The Jacks complained that the roots of the tree were heaving the concrete in their driveway. The Jacks alleged that the Alberts owned the tree, and demanded that they pay to remove the tree and fix the driveway.

Louisiana Civil Code article 688 gives a landowner the right to demand that the branches or roots of a neighbor’s trees that extend over or into the landowner’s property be trimmed at the neighbor’s expense, provided that the roots or branches interfere with the enjoyment of the landowner’s property. The Jacks sought to recover the costs and expenses to repair the driveway, as well as damages for inconvenience and mental anguish. 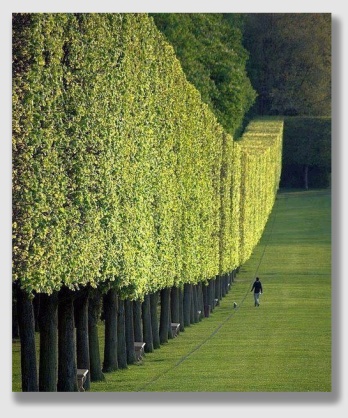 At trial, the Jacks offered evidence of the extent of the damage to the driveway. The Alberts, on the other hand, offered the testimony of a surveyor who testified that the tree is located on the boundary between the Jacks’ and the Alberts’ properties. The Alberts argued that under Civil Code article 687, trees on the boundary are commonly owned unless there is proof to the contrary. Article 687 gives an adjoining landowner the right to demand the removal of a tree on the boundary that interferes with the enjoyment of his or her estate, but that owner must bear the expense of the tree’s removal. Based on these articles, the Alberts argued that the oak, located on the boundary of the two properties, is presumed to be the common property of the parties. Because the Jacks offered no evidence to rebut the presumption of common ownership, the Alberts contended, the Jacks must pay to remove the tree and fix their own driveway.

Concluding that the oak was originally the Alberts’ tree, the court awarded $8,500.00 damages to the Jacks.

Held: The trial court was reversed, because the Civil Code’s presumption that the boundary tree was commonly owned carried the day.

The record showed the tree was already on the boundary when the Jacks bought their property in 2003. The Alberts called Charles St. Romain, a civil engineer, whose testimony was less than stellar. He testified that the tree was “smack dab” on that line, but admitted on cross-examination that it was not really “smack dab” in the middle, and when it was a small tree, it probably was not a boundary tree at all.

But shaky testimony is better than no testimony at all. Under Louisiana law, trees belong to the owner of the soil on which they stand, regardless of their proximity to the property line. A landowner has the right to demand that the branches or roots of a neighbor’s trees, bushes, or plants, that extend over or into his property be trimmed at the expense of the neighbor. An adjoining owner has the right to demand the removal of boundary trees, bushes, or plants that interfere with the enjoyment of his estate, but he or she must bear the expense of the removal.

Under Louisiana Civil Code article 687, trees, bushes, and plants on the boundary are presumed to be common unless there be proof to the contrary. Here, the Court of Appeals said, everyone agreed the oak tree is located on the boundary between the Jack and Albert properties. And everyone agreed that the oak tree’s roots have encroached under the Jacks’ driveway, causing damage and thus interfering with their enjoyment of their property. If Civil Code article 688 applied, the Alberts had to pay for the Jacks’ driveway and tree removal. If Civil Code article 687 applied, the Jacks would have to bear their own costs and damages.

The appeals court held that the correct interpretation of the Civil Code 688 assigned the Jacks the the burden to prove that the offending tree was located on a neighbor’s property. However, Civil Code article 687 establishes a presumption that a tree located on the boundary between two properties is commonly owned. The section permits the presumption of commonness to be overcome by proof to the contrary, but that placed on the Jacks the burden convince the trial court that his or her proposed conclusion is more correct than the presumed one. The presumption does not have any probative value in and of itself, but it does provide the factfinder with a conclusion in the absence of proof to the contrary.

If there is no proof to the contrary and the presumption of commonness stands, an adjoining landowner may have a common tree removed from the property, but must do so at his or her own expense. The location of the oak tree on the boundary between the Albert and the Jack properties triggered Civil Code article 687′s presumption that the tree is a common one. “The Jacks,” the Court said, “who are claiming that the tree on the boundary is not common but is in fact owned by the Alberts, bore the burden of offering proof sufficient to overcome the presumption that the tree is commonly owned.”

The trial judge was wrong. The absence of evidence as to how the tree got there was very relevant. There is no evidence, the appeals court ruled, as to who planted the oak or when it was planted. While a photograph shows that years ago, a young tree may have been solely on the Alberts’ property, “the photograph is not conclusive since there is no expert testimony presented by the Jacks as to the exact location of the property line in said photograph. The only established fact is that the tree in question is located on the property line. Therefore, it is presumed to be common under Civil Code article 687.

The Jacks had an opportunity at trial to present proof that the tree is not a common one, but they failed to do so. Because the tree is presumed to be common, and the presumption of commonness was not rebutted by the Jacks, the Jacks and the Alberts are deemed to be co-owners of the tree.