MRS. PALSGRAF GOES TO THE CITY BY THE BAY

We all remember Mrs. Palsgraf, the unfortunate matron injured at the Long Island railroad station.  Mrs. Palsgraf was waiting for a train, standing some distance from platform. On the platform, an over-zealous passenger tried to jump aboard a moving train. He lost his balance, but was kept from falling by two platform guards, one of whom grabbed his arm while the other pushed him from behind.

The passenger was carrying an unlabeled box under his arm. The box fell to the tracks, some fireworks inside the unmarked box detonated, and the loud noise somehow (no one ever really explained how) caused a set of scales standing by the station to fall on Mrs. Palsgraf.

Quick, who gets sued? Why, Long Island Railroad, of course. Not because of some obscure legal theory, but rather for the best reason of all: the LIRR had a lot of money. The guards and the passenger did not.

Every law student knows what happened. Mrs. P won $6,000 at trial, which was upheld on appeal. But then the case reached the New York Court of Appeals (the highest court in the Empire State) Renowned jurist Benjamin Cardozo wrote a 4–3 opinion that remains a staple of tort law, taught to law students nearly a century later. Cardozo ruled that the LIRR guards were not negligent because, in helping the man board, they had no duty of care to Mrs. Palsgraf because injury to her was not a foreseeable harm that could flow from aiding a man with a package. Thus was the conception that tort liability can only occur when a defendant breaches a duty of care the defendant owes to a plaintiff, was born.

Palsgraf’s an amusing case, but then it’s all fun and game until someone gets hurt.  And someone sure did, in a case handed down last week by the U.S. Court of Appeals for the Ninth Circuit.

In what the Court called the events a “Rube Goldbergesque system of fortuitous linkages,” the life of a young woman was snuffed out in San Francisco by the denounment of a string of events that started with a Bureau of Land Management ranger being reassigned from the Mexican border to Montana.

Steinle v. United States, Case No. No. 20-15419,  — F.4th — (9th Cir., August 24, 2021) 2021 U.S. App. LEXIS 25326, 2021 WL 373070.  John Woychowski worked as a ranger for the Bureau of Land Management, part of the United States Department of the Interior, assigned to El Centro, California. While traveling to Montana by private car, John and his family stopped to enjoy a warm San Francisco night in June 2015. John parked on the street along the Embarcadero, a waterfront tourist mecca, and the family walked to a restaurant.

When they returned, they discovered that in San Francisco, “BMW” means “break my window.” The tailgate window was broken and some property was gone.

Unfortunately, the property included a nondescript backpack that contained John’s government-issued service weapon, a holstered Sig Sauer P239. The pistol did not have the BLM-isued trigger lock on it. 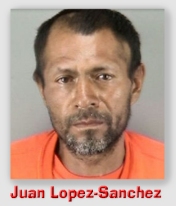 Four days later, a homeless undocumented immigrant named Juan Lopez-Sancherz found the handgun about a half mile from the break-in, wrapped in rags and sitting on a bench. He picked it up and fired it. The bullet ricocheted off the ground, striking and killing Kathryn Steinle.

The political universe had a field day, Juan was an illegal, having been deported five times and with seven prior felony convictions. Not a nice guy. The gun control people went nuts, the anti-immigrant people really went nuts, and Juan was painted as criminal excrement for whom the death penalty was too merciful a fate. When the dust settled and common sense prevailed, a jury acquitted Juan in 2019 of murder, manslaughter, and assault, and his conviction for being a felon in possession of a firearm was overturned soo after. Juan’s crime, it turned out, was gross stupidity, something that is not yet a felony.

No one knows who stole the pistol, how many people possessed it in the four days between June 27 and July 1, who took the pistol out of the holster and wrapped it in a shirt or rag (or why they did so), or how the pistol came to be left near the bench where Juan found it. But Kate’s family had to sue someone (and I won’t judge them for that, as they struggled with a horrific and unexpected loss), so they sued everyone. They sued Juan, they sued San Francisco (for being a sanctuary city that had let Juan wander free), and – of course – sued the federal government under the Federal Tort Claims Act.

The Steinles alleged that John was negligent in failing to secure his firearm properly and in leaving it, loaded, in an unattended vehicle in an urban location where the firearm could be easily stolen. The federal district court entered summary judgment in favor of the United States, ruling that John owed no duty to Kate under California law and that his actions were not a proximate cause of her death.

Held, the government was not liable because John was not negligent.

So far, so good. But in California, to prove negligence a plaintiff in a negligence suit must demonstrate a legal duty to use due care, a breach of such legal duty, and the breach as the proximate or legal cause of the resulting injury.

Legal causation has two components, cause in fact and proximate cause. Because the factual causes of an event may be traced far into the past, the Court ruled, the law imposes additional limitations on liability. Those additional limitations relate not only to the degree of connection between the conduct and the injury, but also to public policy. The doctrine can bar liability even when the defendant’s conduct is a factual cause of harm, depending on the manner in which the injury occurred or the extent to which the ultimate harm is attenuated from the breach of duty alleged. 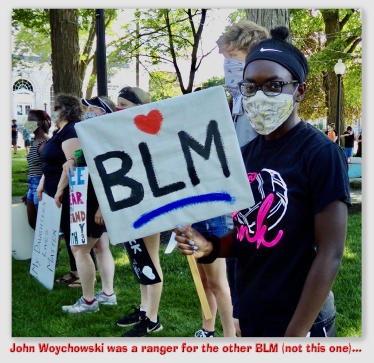 Here, the connection between John’s storage of the pistol in his vehicle and Kate’s death “is so remote that, as a matter of law, his acts were not the proximate or legal cause of the fatal incident,” the Court held. “Several events—many of which remain unknown—intervened after John left the loaded pistol in his vehicle: (1) someone broke into the locked vehicle; (2) someone stole a seemingly innocuous backpack; (3) someone found a pistol in that backpack; (4) someone removed the pistol from its holster, then wrapped it in a cloth and abandoned or lost it a half-mile away; (5) Lopez-Sanchez picked up the firearm, four days later, and fired it, apparently aimlessly; and (6) the bullet ricocheted off the ground and struck Kate.”

There were no winners in this one. Kate is dead, her parents grieve, and Juan served five years before being acquitted and deported yet again.

No winners. Except for the United States government, which did not have to pay. And BLM Ranger John Woychowski. He got promoted.