IF A TREE FALLS IN THE FOREST … 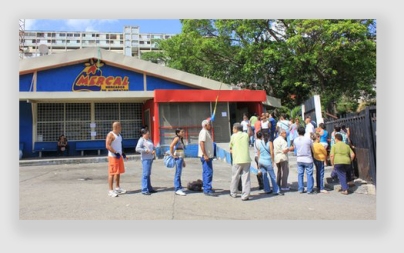 Island Realty’s coffers were as empty as a Venezuela grocery store’s shelves.

Taking a philosophical bend, a New York trial court asked “[i]f trees are cut in a forest that were going to be removed anyway does the owner have compensable damages?”

The Mottas couldn’t stand the overgrown and scrubby condition of unimproved land next door to their place, property owned by Island Realty. When another neighbor took matters into his own hands and cut back some of the offending saplings on the vacant land, the Mottas — bothered by falling leaves and insects, not to mention fears of West Nile virus — hired their own landscaper to cut back some other trees and vegetation on the Island Realty property.

The landscaper attacked the job with enthusiasm, and a neighbor — worried about the cutting because the Mottas weren’t home — called the cops. The police came and — this being New York City — everyone got a ticket because no permits to cut trees or park dumpsters had been obtained. One of the police reported the matter to Island Realty, too.

Island Realty had a case of the “shorts.” It wanted to develop the lot for housing, but its bank account was emptier than a beer cooler in Caracas. So it sued the Mottas for treble damages under New York law, and brought in an expert who tried to sell the Court the amazing woof story that the one-third acre of cut saplings would cost $190,000 to replace.

The Court was a bit vexed. It didn’t much cotton to the Mottas’ form of self help in clear cutting the neighboring land, but it couldn’t really find any damage, either. It ruled that under New York law, the lesser of diminution of value of the land or restoration costs was used to set damages. The Mottas had pretty well shown that the land wasn’t worth a dime less with the scrub cut. In fact, an aerial picture taken during the litigation (three years after the cutting) showed that the scrub was nearly all back. 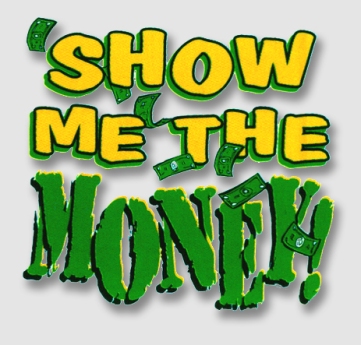 The Court held that because Island Realty intended to cut the trees itself, damages were nominal, and it ordered the Mottas to pay $100, trebled to $300. In fact, the Court gave credence to the Mottas’ suggestion that the whole reason Island Realty sued to begin with was to raise a pot of money to start the development that it was too cash-starved to pull off by itself.

333, Island Realty Assoc., LLC v. Motta, 21 Misc.3d 554, 863 N.Y.S.2d 866 (Sup.Ct., Aug. 22, 2008). Island Realty was a land developer that owned a large tract of unimproved wooded land in the south shore on Staten Island. Joseph and Joan Motta owned a house next door. The Mottas had often complained that the unattended trees on the Island Realty land had created a nuisance, because some of the trees hung over their property and fallen leaves had clogged their pool drains.

Motta’s neighbor – whose property also abutted the Island Realty land – exercised a little self-help by cutting a swath of Island Realty trees to create a 100 foot buffer zone between his backyard and the tree line. He did so without any permission or objection from the real estate firm. Seeking to create a similar buffer zone to safeguard his own property, Joseph Motta had a landscaper cut the trees that overhung his land and create a buffer zone away from the unattended trees for fear of insects and West Nile Virus, which was prevalent in Staten Island around the time of the cutting of the trees.

While the Mottas were not home, the landscaper and his crew went to work but became overzealous, cutting down various trees without Island Realty’s consent and with any supervision from the Mottas. A nosy neighbor called the police to inform them that trees were being cut while the Mottas were not home. Because the complaint involved tree cutting, police officers from the New York City Department of Environmental Protection responded to the premises and observed a wood chipper feeding into an open container. Upon confronting the landscaper, the police officers learned that Joseph Motta authorized him to clear out some trees. The police officers originally estimated that 100 to 200 trees were cut in an area about half the size of a football field, but later admitted they were not certain how many trees were cut down. The police issued Motta five summonses for cutting down trees without permission and for placing a container on the street without a permit. All of those charges were dismissed by the criminal court, except for the container charge, wherein the defendants paid a $250 fine.

Officer Friendly responded to a call from a nosy neighbor … and stopped by the Mottas for a chat.

Island Realty was not immediately aware of the cut trees, but learned of it from the police. The company had planned to develop the wooded tract into a large development of houses, and in order to do so, it would have had to clear large sections of trees to comply with an approved plan. Ironically the Mottas argued that they rendered a benefit to Island Realty in removing trees at no expense that ultimately would have to have been removed in order to complete the building project.

Held: Motta was liable for damages, but the damages awarded were nominal, $100 trebled to $300. The Island Realty expert estimated that 483 saplings would have to be planted to replace what was cut, at a price of $190,000. The trial court rejected the estimate as “incredible” and “preposterous.” Motta’s expert, on the other hand, testified that Island Realty was under no legal requirement to replace the trees, which it was going to cut down itself anyway. The Court accepted this opinion.

The Court followed the New York law principle that the measure of damages for permanent injury to real property is the lesser of the decline in market value or the cost of restoration. A plaintiff may demonstrate the costs of restoration, but then it becomes the defendant’s burden to prove that a lesser amount than that claimed by the plaintiff will compensate for the loss.

Here, the Court said, Island Realty only presented speculative testimony of the value of the restoration and disregarded balancing that testimony with the other evidence in this case, namely, that there was no decrease in the value of the land, especially when it was to be cleared for development anyway.