MORE ON MAZDAS AND BRANCHES 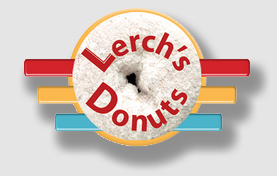 They may just be the best doughnuts on earth …

On Tuesday, we took up the case of a chagrinned Mazda RX-8 owner. Why was he unhappy? Was it the 18 mpg he got from the rotary engine? Was it the high-priced premium gas he had to burn? Was it the squirrely techniques he had to master for handing the temperamental little Regenesis engine? Of course not! RX-8 owners love their cars. Our guy was unhappy because a limb from his landlord’s tree had fallen on his pride and joy. He wondered whether he could sue.

The answer is, of course, sure he can sue. But, you ask, can he win? That’s a different question altogether. We tried to take up a collection to finance his lawsuit, but we got distracted once we had enough for a box of Lerch’s doughnuts. In the alternative, all we can do is consider his question. And we have an answer — a resounding, 9,500 r.p.m. “maybe!” 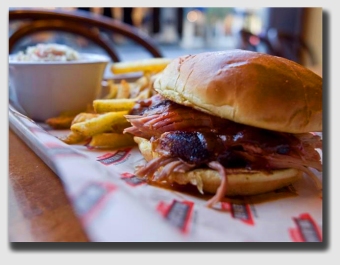 The car was damaged, but Ms. Israel’s sandwich was a total loss. A tragedy that easily rivals the plagues visited on Pharaoh’s Egypt …

In Tuesday’s post, we looked at South Carolina’s duty of care for rural landowners. In today’s case, we see that the duty of care that urban or residential landowners owe to invitees and passersby is much stricter. Ms. Israel was sitting in her car one breezy spring day enjoying what was arguably the 21st best barbeque in the South when a large branch from a neighboring property fell on her car, destroying it and her sandwich. She was troubled about the damage to her car; she was devastated by the loss of the uneaten sandwich. So, naturally, this being the United States of America, she sued everyone.

The trial court awarded her thousands of sandwiches worth of damages, but the Court of Appeals reversed. As the owner of property in a residential or an urban area, the neighbor had a duty to others outside of his land to exercise reasonable care to prevent unreasonable risk of harm arising from defective or unsound trees on his premises, including trees of purely natural origin. The evidence showed that the decayed tree could be seen from the ground. So the tree’s owner was toast.

But the Court wasn’t willing to serve any barbeque up on the toast. The owner of the pulled pork stand had a duty to his customers to exercise reasonable or ordinary care, measured by his ability to anticipate danger. In the absence of evidence that the restaurant owner either saw or could have seen the decayed limb from his property, he wasn’t liable. 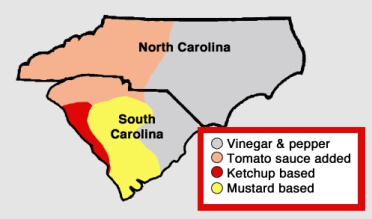 The scene of the mishap – Orangeburg – is in the center of South Carolina “mustard-based” barbeque sauce country, a fact probably having nothing to do with the falling tree branch or the subsequent lawsuit …

So away from the succulent pork (covered in a mustard-based sauce, no doubt) and back to the gutsy little RX-8. The landlord certainly has a duty to his tenants, who are, after all, invitees. And we suppose the house is in a residential area. But was it clear from the ground that the limb was about to let go? If so, the landlord had a duty to fix it. If it was just one of those things, well … that’s what they call an ‘act of God.’

Israel v. Carolina Bar-B-Que, Inc., 292 S.C. 282, 356 S.E.2d 123 (Ct.App. S.C., 1987). Charlotte Israel sued for injuries she received, when a large limb from a tree on property owned by Andrew Berry, Trustee, fell over and onto the car in which she was seated and which was parked in the parking area of the Carolina Bar-B-Que. She sued both the owner of the real estate on which the tree was located and the owner of the land onto which the tree fell.

The next-door lot (the “Berry lot”) was 173 by 135 feet, on which there were a number of trees. Some large water oaks, planted about 1911, were located about 25 to 30 feet from the BBQ property line. These trees had received a radical pruning in 1971. Pictures showed visible signs of decay and rot in one of these trees. Some smaller oaks, planted about 1955, were located some 4 to 10 feet from the property line, between the large water oaks and the BBQ parking lot. These trees were bushy with some limbs overhanging the barbeque operator’s property, and having trunks of no more than 12 inches in diameter. A picture showed these trees in their relation to the barbeque parking lot. The Carolina Bar-B-Que owner occasionally pruned branches off those trees to the extent they were overhanging his lot. The limb that hit the car came from one of the large water oaks and had a diameter of between 12 and 25 inches. The limb was so large that the Israel car was, in effect, totally destroyed.

The Carolina Bar-B-Que’s manager said that no limbs from the large tree were overhanging his property. He noticed no decayed limbs on these trees. He surmised that the high winds that day “pushed [the limb] out” onto the Barbeque property. When he later removed the trees on this lot, he discovered only one tree in “bad shape” and it was not the tree from which the limb fell. A police officer who investigated the accident said that the limb was about 25 feet long and that he saw a tree from which the limb apparently came. He admitted that he couldn’t testify that there was a decayed portion of the limb visible from the Barbeque lot. However, the tree could have been inspected from the Berry property.

Ms. Israel sued the trust owning the Berry lot and Carolina Bar-B-Que. The jury awarded an $80,000 verdict (or about 27,119 really good BBQ sandwiches) against both the Barbeque and Mr. Berry. They both appealed. 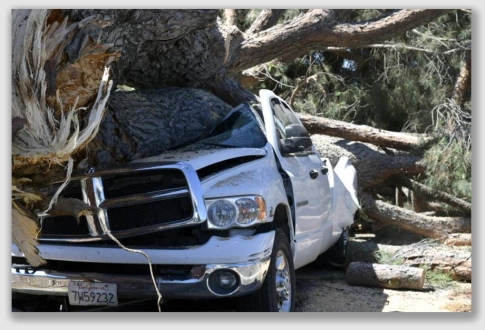 Held: The Court reversed the judgment against the Barbeque but affirmed it against the Berry trust. The Court admitted that at common law, Berry would not have been liable for falling tree or limb. However, the realities of modern life had modified the rule. A landowner in a residential or urban area has a duty to others outside of his land to exercise reasonable care to prevent unreasonable risk of harm arising from defective or unsound trees on his premises, including trees of purely natural origin. Here, the Court said, the evidence supported finding that Berry, the owner of the land from which the tree limb fell, was negligent. The tree was partially decayed, the limb’s dangerous condition and the likelihood of its falling could have been observed by reasonable inspection, and a reasonable person should have been aware of the danger which the decayed limb posed to persons on the adjoining property.

The Barbeque owed to a duty of care to the invitees or business visitors, one of exercising reasonable or ordinary care for the invitee’s safety. Reasonable care required by a business with respect to its invitees is measured by the ability of a reasonably prudent man to anticipate danger under conditions known or reasonably anticipated to exist. In the absence of evidence that the BBQ owner either saw or could have seen a dangerous condition from the Barbeque property with regard to a tree limb on the adjacent property, Carolina Barbeque was not liable to Ms. Israel.