California and free speech… How times have changed! Time was, 50 years ago or so, Cal Berkeley gave birth to the Free Speech Movement. Now, some allege the Golden State hates free speech. The California Democratic Party says the First Amendment does not protect speech minority groups find offensive or hateful (check out Resolution 19-05.94), Grande Dame of politics, Nancy Pelosi, mau-mau’ed Facebook over a fake video of her in what some say was a dangerous affront to the First Amendment.  It is no surprise that only in the California Republic could a tree-trimming case end up as a free speech issue. 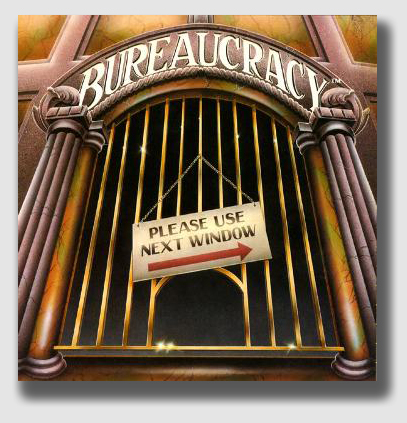 Last week, we explored the question raised by our faithful reader Rock Maple of Thousand Oaks, California, who wondered whether his neighbor could trim the branches from Rock’s pine that were overhanging the neighbor’s place. We concluded that self-help was available to the neighbor, within limits. Today, we look at what happens when good old-fashioned common law self-help runs into bureaucracy.

The Dilbecks wanted to add a second story to their house, but their neighbors’ oak tree had extended its branches so close to the Dilbecks’ place that they had to be trimmed back in order to make room. No problem, right? We all know that self-help is available to the Dilbecks anywhere in California. Sure, but it turns out the Los Angeles isn’t just anywhere. In LA, oak trees are “protected,” and before trimming the oak, the Dilbecks had to get a permit from the County. And the County wouldn’t issue a permit unless the tree’s owner signed on to it.

So much for self-help. The Dilbecks sued, asking that the County be ordered to issue the permit and that their neighbors be found liable in trespass for the tree (the theory being that the neighbors let the branches intrude over the Dilbecks’ lawn). And here’s where it got even more complicated. California has a statute addressing litigation known as “strategic lawsuits against public participation,” the so-called anti-SLAPP statute. This mouthful with the catchy name is intended to stop oppressive lawsuits intended to keep people from exercising their rights to free speech. There’s a whole cottage industry in the Golden State surrounding SLAPP actions. And as with a lot of other good ideas (such as RICO), the anti-SLAPP statute is another tool in the canny lawyer’s arsenal, something else with which to bludgeon a plaintiff.

Here, the neighbors complained that the Dilbecks were trying to force them to petition the County to let the tree get trimmed, and the suit should be thrown out as violating the anti-SLAPP statute. The trial court refused to dismiss the action. The Court of Appeals agreed, holding that the Dilbecks weren’t demanding that the neighbors do anything. They were asking the County to do something, and they were suing the neighbors for trespass because of the tree. California law would let them collect money damages if the encroaching tree was a nuisance (Bonde v. Bishop held as much). So whether the Dilbecks win on the merits or not, the action was not a SLAPP suit, and it wouldn’t be dismissed.

Whew! Makes you long for the simple, ol’ Massachusetts Rule… no permits, no lawsuits, just an aggrieved landowner with a chainsaw.

Oak trees are protected by California state law. The County of Los Angeles had adopted regulations to preserve and protect oak trees, requiring a permit to cut down mature oak trees or to prune their larger branches. The Dilbecks applied to the County for a permit, but the County had not approved it because it took the position that only the owner of the tree may obtain a pruning permit, and the Van Schaicks had not acquiesced. So the Dilbecks brought suit against the Van Schaicks and the County for declaratory relief and trespass. They alleged the oak tree growing on the Van Schaicks’ property had encroached onto their land and interfered with their ability to add a second story to their home. The suit said the County refused to grant the permit because the Dilbecks were not the owners of the tree. The trespass cause of action alleged the oak tree branches were encroaching on the Dilbercks’ land and asked for an order permitting the Dilbecks or an independent contractor to prune the tree.

The Van Schaicks filed a special motion to strike pursuant to the anti-SLAPP statute, Code of Civil Procedure §425.16, asserting that the complaint was based on their refusal to support the Dilbecks’ oak tree permit application and therefore attacked their right to free speech. They further argued that the trespass claim lacked merit because the law forbade the Van Schaicks to prune or cut the offending oak tree branches.

The Dilbecks contended that their action did not fit within the definition of a SLAPP suit and that, in any event, their complaint had merit. They denied that the complaint sought to compel the Van Schaicks to support or sign the oak tree permit. The trial court denied the Van Schaicks’ motion to strike, finding that they had not demonstrated that they were being sued for engaging in protected activity. Instead, the trial court held, they were just being sued for trespass. The Van Schaicks appealed the court’s denial of their motion to strike.

Held: The Dilbecks’ complaint did not arise from acts undertaken in furtherance of the Van Schaicks’ rights of free speech or petition, and the Van Schaicks’ attempt to get it dismissed was rejected. The California Legislature enacted the anti-SLAPP statute in response to its perception that there has been an increase in lawsuits brought primarily to chill the valid exercise of the constitutional rights of freedom of speech and to petition for the redress of grievances. The anti-SLAPP statute provides a procedure for the court to dismiss at an early stage non-meritorious litigation meant to chill the exercise of free speech rights. The statute requires the trial court to engage in a two-step process when determining whether a motion to strike should be granted, first, whether the defendant has made a threshold prima facie showing that the acts of which it complains were ones taken in furtherance of its constitutional rights of petition or free speech in connection with a public issue, and two, whether there is a probability that the plaintiff will prevail on the claim.

The issue here, the Court said, was whether the complaint arose from conduct in furtherance of the exercise of the constitutional right of petition or the constitutional right of free speech in connection with a public issue or an issue of public interest. The Van Schaicks contended the suit sought to compel them to petition the County for discretionary relief from the oak tree statutes. The Court disagreed, holding that their characterization of the complaint was wrong. In fact, the Court said, the suit merely sought to compel the County to review the merits of the permit application submitted by the Dilbecks and requested an order permitting the Dilbecks or their arborist to prune the tree. The complaint did not seek to compel the Van Schaicks to become personally involved in the permit application process in any way, and thus did not violate the anti-SLAPP statute.

The Van Schaicks contended that the complaint would indirectly force them to speak because a judgment in favor of the Dilbecks on the trespass action would necessarily require the Van Schaicks to petition the County of Los Angeles for discretionary relief from the Oak Tree statute. The Court rejected that argument, finding that the Van Schaicks’ position was based on the incorrect assumption that the only remedy available for trespass was injunctive relief. However, California law held a party over whose land overhanging branches extend may either cut them off or maintain an action for damages and abatement, as long as he or she can prove the branches constitute a nuisance.

The prospect that the Van Schaicks could eventually be faced with an order to abate the nuisance and could do so only by seeking a permit from the County did not transform the Dilbecks’ lawsuit into a SLAPP action. The Court ruled that the thrust of the Dilbecks’ complaint was the injury caused to their property by the encroaching tree, not the Van Schaicks’ decision to refrain from involvement in the permitting process. The permit, although obtainable only by petitioning a governmental entity, principally concerned and affected the remodeling of a private home by private individuals.