School’s out for summer. Yeah, it’s been almost half a century since we were secondary school students, but somehow the anticipation of summer vacation whispers to us still, just as it did when the last school bell sounded at the end of a class year. Channel Alice Cooper and Mungo Jerry.

But there’s still time for one more lesson. I trust you recall that last Friday we tackled a question sent to us by our California correspondent, Rock Maple of Thousand Oaks. His neighbor has demanded that he trim back his 50-year old pine tree, the branches of which hang over the neighbor’s place, and he wondered whether the neighbor might be able to start the chopping himself, even without Rock’s permission.

We determined that California generally recognizes the Massachusetts Rule, which permits a neighbor to use “self-help,” trimming the branches back to the property line. Of course, California seems also to permit use of the private nuisance laws — something that seems like the Hawaii Rule or Virginia Rule — to let a neighbor force someone like Rock to remove the tree himself if it is a nuisance.

But the Rockster was focused on whether his neighbor could fire up his chainsaw. While yesterday’s case said perhaps he can, today’s case should be a caution to him – especially because it’s a California case.

Mr. Patel was unhappy that the roots from Mr. Booska’s pine tree had heaved some of Mr. Patel’s sidewalk. He excavated along the edge of his yard down to three feet, severing the roots of the pine tree that had encroached under his sidewalk. The root cutting so weakened the tree that it started dying and was in danger of falling. Mr. Booska had to take the tree down, and he promptly sued.

The lower courts said that Patel had an absolute right to cut the roots on his property, citing the holding in yesterday’s case of Bonde v. Bishop. Not so, said the appeals court. Instead, Mr. Patel had an obligation to cut the roots in a reasonable manner that would achieve his aims — to stop sidewalk heaving — without undue harm to the tree. The Court held that “no person is permitted by law to use his property in such a manner that damage to his neighbor is a foreseeable result.”

Unfortunately, this isn’t the final answer. The Booska court was swayed by testimony that Mr. Patel could have protected his sidewalks with a much less aggressive method. We don’t yet know what the result would be if the only means of protecting Mr. Patel’s sidewalk would have required root cutting that would necessarily be fatal.

In the situation Rock presented to us, he didn’t report why his neighbor wanted the pine tree trimmed back. In discussions with his local lawyer, Rock will have to consider whether the tree could be found to be a nuisance (as in yesterday’s case), a finding that Bonde suggests can be easily made in California. Even if it is not a nuisance, Rock’s neighbor can probably start hacking away on his side of the property line, but the hacking has to be done in a way that weighs the neighbor’s legitimate aims — whatever they are — against the health and safety of the tree.

Oh, the complexity! And to make it worse, tomorrow we’ll look at a Kafkaesque result where a neighbor’s right to cut back a tree can’t be exercised without the approval of the property owner, resulting in an old-fashioned California SLAPP-down.

Booska v. Patel, 24 Cal.App.4th 1786, 30 Cal.Rptr.2d 241 (Ct.App. Div.1, 1994). Attorney Booska, representing himself in this action, sued his neighbor, Mr. Patel. The roots of a 40-year-old Monterey pine tree owned by Mr. Booska extended into Mr. Patel’s yard. Mr. Patel hired a contractor to excavate along the length of his yard and sever the roots of the tree down to a level of about 3 feet. Mr. Booska complained that Mr. Patel’s actions were negligently performed, and the tree became unsafe, a nuisance, unable to support life, and had to be cut down at Mr. Booska’s expense. The complaint alleged causes of action for negligence, destruction of timber, and nuisance. The trial court granted summary judgment for Mr. Patel, holding that under Bonde v. Bishop, Mr. Patel had an absolute right to sever the roots without regard to the effect on Mr. Booska. Mr. Booska appealed.

Held: The Court of Appeals reversed. It held that adjoining landowners do not have an absolute privilege to sever encroaching tree roots without regard to the reasonableness of their action or consequences to neighbors. Instead, neighbors act reasonably, and failure to do so could be the basis for recovery of damages. The Court distinguished the rulings in Bonde v. Bishop and Grandona v. Lovdal, noting that neither of those cases discussed the limits on what an adjoining property owner could do. 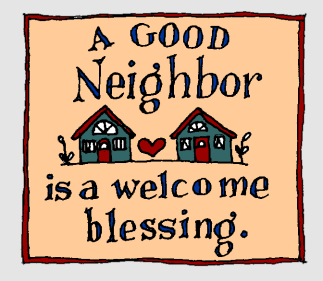 The Court observed that “[i]n the instant case, Patel has not addressed the issue of negligence in his summary judgment motion but contends that he has an unlimited right to do anything he desires on his property regardless of the consequences to others. No authority so holds. ‘No person is permitted by law to use his property in such a manner that damage to his neighbor is a foreseeable result.’”

The appeals court was apparently disturbed that these neighbors hadn’t found the time or inclination to be neighborly about the dispute. It cites language from Bonde v. Bishop: “‘Apparently this is one of those rows between neighbors in which the defendants are standing on what they erroneously believe to be their strict legal rights to the exclusion of any consideration of the fair, decent, neighborly and legal thing to do’.”

The Court then pointedly said, “It seems, in the instant case, that neither party has considered what would be the neighborly thing to do to resolve this problem. While we express no opinion on the appropriate outcome of this case, we find that there are disputed factual issues to be resolved.”

The Court reversed the decision and sent the case back to the trial court to resolve the issue of negligence.