HERE, LET ME FIX THAT

Residential developments often have deed restrictions, or just merely homeowners’ association rules, prohibiting different colors of house paint, refusing clotheslines and outbuildings, and even banning trees that block a neighbors’ view. And yet people buy houses in the developments, too excited at closing to pay a lot of attention to yet another page of legalese buried in a mountain of legalese. When – several years later – those restrictions get in the way of their whims, the unhappy parties blame everyone but themselves.

That happened to Gail Andrews, who bought a place at beautiful Sandpiper Village in Waldport, Oregon. These places aren’t cheap, but the ocean view makes them quite desirable.

The Court concluded that the evidence showed that the association’s lawyer never intended his rewrite the change the restriction that the homeowners had approved. Besides, Ms. Andrews had a chance to read all of the rules before she moved in. Her excuse was that some unnamed person who had been attached to the homeowners association had once told her that her neighbor’s place was not a “designated ocean view lot.” Kind of short on corroborative facts, Ms. Andrews, aren’t we? The Court thought so. Without revealing who and when the conversation occurred, Ms. Andrews was unconvincing.

There’s a lesson here for the helpful lawyer. If the restriction was too confusing as it was passed — and there’s no evidence it was — he should have asked the homeowners to vote on the new one. Being a lawyer, he should have foreseen that problems with the restriction wouldn’t arise from good faith confusion as much as bad faith avoidance, and the non-trimmer would hire a mouthpiece who would try to drive a chainsaw through his “helpful” re-write. And why would anyone use gobbledygook like “designated ocean view lot” when there was no procedure for designating lots in the first place?

The lawyer’s helpful “fix” just created a mess and cost his client a lot of money. The unanswered question is whether his client punched him in the kisser and fired him, or just fired him without fisticuffs. It would be a close call.

Andrews v. Sandpiper Villagers, Inc., 170 P.3d 1098 (Ore. App., 2007). Sandpiper Villagers, Inc., was the local association of homeowners in Sandpiper Village, a coastal subdivision. When the subdivision was built in 1968, the developer recorded a declaration of covenants and restrictions prohibiting trees, hedges, shrubbery, plantings, or fencing over 6 feet tall. The restrictions were to remain in effect for 25 years, during which they could be amended by vote of the lot owners. In 1993, the association adopted an amended declaration providing that no trees, hedges, shrubbery, plantings, or fencing of any kind would be allowed to obstruct the ocean view without written approval of the board. The next year, the association’s legal counsel drafted what he termed to be a “stylistic” change to the restriction, one that was not voted on by the homeowners. Following his change, the provision held that no “trees, hedges, shrubbery, plantings, or fencing shall obstruct the view of the ocean from designated ocean view lots without the written approval of the board.” Another provision stated “[i]f a provision is subject to more than one reasonable interpretation, any reasonable interpretation adopted by [the board] shall control.”

Andrews bought a lot in Sandpiper Village in 1997, after reviewing the 1994 restrictions as part of her title report. Six years later, another member of the association sent a written notice to Andrews asking her to trim trees on her property in order to preserve his view. She did not. When the ARC asked in writing that she do so, she sued, asking a ruling from the court that the association had no authority to require her to trim the trees because there was no documentation or other evidence showing that her neighbor’s property was a “designated [ocean] view lot.” She also asked that the restrictions be declared void as contrary to state statutes. 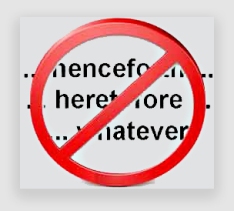 The Association moved for summary judgment, arguing that because the phrase “designated ocean view lots” was drafted as a stylistic change and never voted on by the homeowners, it should be disregarded. Without that phrase, the Association argued, the 1994 restrictions had the same effect as the 1993 restrictions. Alternatively, the Association said that even assuming that phrase is a valid part of the 1994 restrictions, the phrase was ambiguous and the court either should defer to the ARC’s interpretation or determine – based on extrinsic evidence – that it was not intended to effect a substantive change to the 1993 restrictions under which all lots were entitled to view protection. The trial court awarded summary judgment in favor of the Association. Andrews appealed.

Held: The Court of Appeals upheld the judgment for the Association. If a text’s meaning is unambiguous, the Court said, courts decide the meaning of contractual provisions as a matter of law. If disputed contractual provisions are ambiguous, however, courts proceed to examine extrinsic evidence of the contracting parties’ intent, including, if helpful, evidence regarding the parties’ practical construction of an agreement.

Here, the phrase “designated ocean view lots” in the restrictions was unambiguous, referring to those lots that, as a matter of observable fact, had a view of the ocean. Plus, extrinsic evidence supported the Association’s claim that the regulations were unchanged from those approved by the homeowners. The Association’s lawyer’s contemporaneous communications indicated that his revised section of the regulations was intended to have the same substantive effect as section of regulations which, by its terms, did not restrict the protection of ocean views to any particular ocean view lots, such as those that someone had previously “designated” as having an ocean view.

Andrews argued that a prior chairman of the ARC assured her that her neighbor’s lot was not a “designated ocean view lot,” but the Court said that wasn’t a sufficient claim to create a factual dispute about the meaning of the restrictions. Andrews’ affidavit did not state whether the prior chairman was the chairman of the committee at the time she made the statement or, alternatively, at the time that the regulations were adopted.