YOU MAY (ALREADY) BE A CRIMINAL 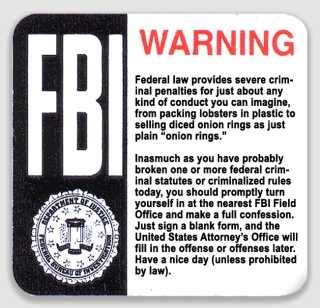 There was a time that the expression “don’t make a federal case of it” actually had meaning, when only the serious stuff – like stopping mobsters with tax evasion cases and busting big trusts – became a federal offense. No more.

Now, the feds go after people about 60,000 times a year for any of over 4,000 different criminal offenses, a number that does not even include federal rules that themselves have been criminalized, like the one in today’s case.

Today’s example is a textbook case. Roy P. Hinkson is a 69-year-old Purple Heart recipient who never faced any criminal charges in his life. That changed on November 15, 2014, when the U.S. Forest Service charged Roy with the misdemeanor crime of building a camp on National Forest System land without a permit, in violation of 36 CFR § 261.10(a), a misdemeanor punishable by a $500.00 fine and six months in jail.

It used to be easy. You’d don a mask and a gun, rob a bank, and make off with the loot. You enjoyed the thrill of knowing you had been really, really bad. Roy missed out on that.

A number of commentators – including Alex Kozinski, a judge on the 9th Circuit Court of Appeals (until he was driven off by political correctness run amok) – have complained about the overcriminalization of America. With so many thousands of statutes and thousands more rules that have been criminalized, just about everyone can commit three felonies a day without breaking a sweat.

Roy found out just how much living a clean life got him, and how little his government appreciated his taking a bullet in Vietnam.

United States v. Hinkson, 2017 U.S. Dist. LEXIS 90409, 2017 WL 2544195 (W.D.Mich. June 13, 2017). Roy Hinkson owned a small hunting cabin, which was built in the 1950s by Al Repp. By mistake, Al had built the camp about 200 feet or so across the line in Hiawatha National Forest rather than on the 40 acres of land that Al owned. Roy’s parents had no ownership interest in the land or the cabin, but they were family friends. In fact, when Roy returned from the Vietnam War, he used the cabin for deer hunting.

In 1976, a fire destroyed the original hunting cabin. A lot of folks, including Roy and at least one U.S. Forest Service worker, helped clean up the mess. During the clean-up, a few of the USFS people asked Al to rebuild it about 25 feet east of the original site, just to be sure the cabin was on private property. Al was an accommodating fellow, so when he rebuilt the place two years later, he did as the Forest Service people asked.

That’s where things stood for 46 years. The owner passed on, and Roy inherited the cabin. Roy enjoyed occasional use of the camp when he hunted. To get to it, he used an access road, also on USFS land, that was blocked by a locked gate. Roy provided a key to the Forest Service, which kept it on a key rack at the Manistique Ranger District office.

In 2014, a Forest Officer playing with Google Earth on his computer noticed Roy’s cabin appeared to be on National Forest System land. A week later, he investigated the cabin with a GPS tracker, confirming it was on USFS land.

Instead of notifying Roy by leaving a note or sending a letter, the Forest Service – as militarized as any other federal agency – set up a sting-like operation for the opening day of deer hunting season. Despite the utter foolishness of raiding a camp full of men armed with high-powered rifles, officers from USFS and the Michigan Department of Natural Resources swarmed the deer hunting blinds on the first day of hunting season and arrested the hunters, fortunately without incident.

The USFS officer leading the raid said the hunters had committed at least 30 different violations. However, he only issued three tickets – Roy was issued two, and his son was issued a third for having a permanent deer blind on federal property. One of Roy’s tickets charged him with “Camp Constructed on NFSL: in violation of 36 CFR § 261.10(a). The next day, Roy removed most of the temporary structures, but the cabin remained.

Held: When Roy appeared in court, the magistrate judge dismissed the charges. The government said all it had to do was prove beyond a reasonable doubt that (1) Roy constructed, placed, or maintained the camp, (2) the camp was located on National Forest System lands, and (3) there was no special-use authorization, contract, or approved operating plan if such authorization was required. Roy on the other hand, argued that the court had to imply a mens rea requirement in the regulation. 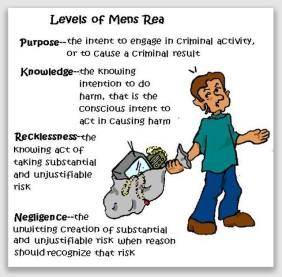 The traditional rule is that proof of a guilty mind, the mens rea, is required to convict a person of a crime. The Supreme Court has said that offenses requiring no mens rea generally are disfavored, and has “suggested that some indication of congressional intent, express or implied, is required to dispense with mens rea as an element of a crime.” However, the courts have found statutes or regulations do not require a mens rea element when they are considered public welfare offenses.

The Court differentiated Roy’s offense from one in which someone, for example, cuts timber from a national forest without permission. Timber cutting in a national forest is a strict liability offense, because cutting timber “causes irreparable harm to our national forests. On the other hand, a mere occupier of land… does not seriously threaten the community’s health or safety.”

Here, the court said, the charges are not a public welfare offense. The offense at issue here differs substantially from “public welfare offenses” previously recognized. “In most previous instances, Congress has rendered criminal a type of conduct that a reasonable person should know is subject to stringent public regulation and may seriously threaten the community’s health or safety.” Nothing puts a reasonable person on notice that having a cabin on national forest land does the same.

What’s more, the court said, even statutes creating public welfare offenses generally require proof that the defendant had knowledge of sufficient facts to alert him to the probability of regulation of his potentially dangerous conduct. 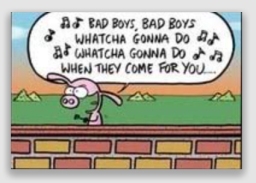 The Court held that the facts of the case cannot support a conviction for the offense charged. There is no suggestion that Roy had any reason to believe that he was in violation of the regulation. In fact, the evidence suggests that the U.S. Forest Service had given him reason to believe that he was in full compliance with the regulation, as it was Forest Service employees who suggested where the cabin should be built. To convict Roy of the offense charged “without any scienter requirement smacks of unfairness.”

The Court noted that Roy “has been attempting to work out an arrangement with the U.S. Forest Service so he does not have to destroy the camp. He has offered to buy the land or trade some of his land with the U.S. Forest Service. As of today, the parties have not reached an agreement… Why this matter cannot be resolved amicably remains a mystery that contradicts logic.”