KIDS WILL BE KIDS 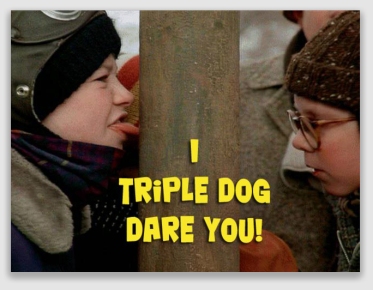 The grass is greening up, the neighbor twin boys are ramming around on their new bicycles, cutting across very soft lawns and leaving furrows.  Now I understand why my father – who would have turned 98 this coming Saturday (happy birthday, Dad… I miss you) – yelled at the neighbor boy when his Schwinn strayed off the lawn.

I try not to complain. Kids being everywhere is the point of today’s case. They are not great respecters of property lines, they tend toward recklessness, and they’re doggone fast. It’s a prescription for disaster. What duties do property owners owe the little ankle-biters?

The Cotes were nice neighbors. They let little Chuckie Herrington cut across their yard because there was no sidewalk. They did not extend their invitation to the kid to ride his bike in their driveway, but he was a kid, and we know how kids are. He did anyway. Racing down the drive into the street, the reckless rugrat ran into the side of the Cotes’ car, being driven by Jennifer Cotes at the time.

Ouch. The boy was hurt, and his parents sued the Cotes for not trimming their shrubs so that Chuckie could see where he was going.

Herrington v. Cote, 2007 Tex. App. LEXIS 2501, 2007 WL 926622 (Court of Appeals, Texas, Mar. 29, 2007). Charles Herrington, a minor child, was riding his bicycle on the Cotes’ property. As he rode out of the driveway and into the street, he hit the side of a car driven by Jennifer Morgan and was badly injured. His mother sued the Cotes, claiming that shrubs planted along their driveway from the garage to the edge of the street created a dangerous condition that obstructed her son’s ability to see oncoming traffic. The Cotes asked the trial court for summary judgment, claiming they did not owe a duty to Charles, did not breach any duty, or proximately cause the youth’s injuries. The trial court granted summary judgment in favor of the Cotes.

Held: The summary judgment was upheld. Herrington argued that her son Charles should have been considered a licensee on the Cotes’ property, and thus that the Cotes had a duty to warn of, or to make safe, the dangerous condition that they were aware that they had created by planting shrubs along their driveway. But the Court of Appeals held that in a premises liability case, the duty owed is determined by the status of the complaining party at the time and place of the injury.

A licensee is a person who is privileged to enter or to remain on land only by virtue of the possessor’s consent, thus entering with the permission of the landowner, but doing so for his own convenience or on business for someone other than the owner. The duty owed a licensee is not to injure him willfully, wantonly, or through gross negligence and, in cases in which the owner or occupier has actual knowledge of a dangerous condition unknown to the licensee, to warn of or to make safe the dangerous condition. The issue, the Court said, was whether Herrington presented summary judgment proof sufficient to raise a fact issue as to whether the Cotes knew of a dangerous condition that Charles did not know of, but failed to warn him of it or to make the condition safe. A dangerous condition is one that creates a substantial risk of injury when the property is used with due care in a manner in which it is reasonably foreseeable that it will be used.

Here, Herrington was obligated to provide some evidence showing that it was reasonably foreseeable that the Cotes’ driveway would be used by a child riding a bicycle, so that the shrubs on the side of their driveway would become a dangerous condition. Herrington showed the Cotes had given Charles permission to walk across their yard because of the absence of sidewalks, but the Court ruled that this evidence did not suggest that the Cotes should have reasonably foreseen that Charles would ride his bicycle in their driveway.

Herrington argued that the Cotes should have known that planting the shrubs created an unreasonable risk of danger because an owner or occupant of premises abutting a highway has a duty to exercise reasonable care not to jeopardize or to endanger the safety of persons using the highway as a means of passage or travel, but the Court observed that Charles was not a traveler on the highway and the Cotes did not know or have reason to know that the shrubs created a dangerous condition for a child riding a bicycle on their driveway.

Thus, Herrington had failed to show that the Cotes owed a duty to her son, and no premises liability could attach.