It is not an especially enviable position in which to find oneself. As Jefferson County Engineer (Metro Louisville, Kentucky), Rick Storm had a laundry list of duties assigned by the legislature. One of them was to see that downed trees were cleared from the road. 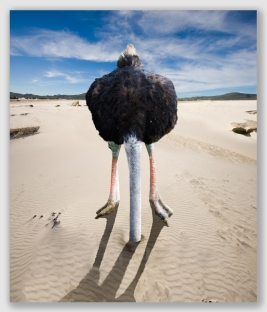 Louisville and metro Jefferson County is a big place, and over the years, the Department of Public Works had swollen to eight departments and 800 employees. Rick’s County Engineer department was a kind of a backwater, with about 50 people mostly doing planning and oversight of other departments’ projects. The days of the County Engineer showing up with a couple guys and a dump truck were long gone in urban, complex, high-speed Louisville.

As for tree removal, Rick’s boss, the Director of the Department of Public Works had a separate office that handled that.

The problem was that state statutory codes are a lot like Roach Motels. Statutes check in, but they rarely check out. One antiquated law on the books required the County Engineer to clean up downed trees.

Rick had no idea the law said that, and in Jefferson County, that wasn’t how they did things, anyway. But when Wally ran his Harley into branches still on the roadway six days after a severe windstorm, he didn’t care what Rick did or didn’t know, or what the Dept. of Public Works did or didn’t prefer to do in cleaning up trees. The law said the inaptly-named Rick Storm was responsible for cleaning up storm-damaged trees, and that was all that Wally needed to know.

Wales v. Pullen, 390 S.W.3d 160 (Ct. Appeals Kentucky, 2012). On September 14, 2008, Louisville was hit by a significant windstorm that resulted in downed power lines and downed trees across the city. Six days later, Wallace Wales was returning home his motorcycle after a night out with friends. As he rode down Wilson Avenue, he hit branches of a tree thin the middle of the roadway and crashed. 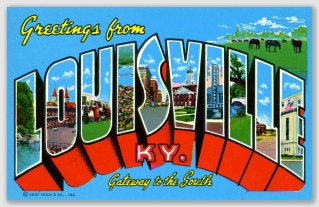 Ted Pullen is the Metro Louisville Director of Public Works and Assets, running an agency of almost 800 employees working in eight divisions. Each division has either an assistant director or a manager who supervises the division and reports directly to Pullen. Rick Storm was one of those managers, an Assistant Director of Public Works, overseeing the engineering division. He also served as the County Engineer to represent the Louisville Jefferson County Metro community on the Planning Commission. As the Assistant Director over the engineering division, Storm supervised about 50 employees who managed all manner of engineering, including highway construction and maintenance, Rick also helped Ted run the department.

Following the motorcycle accident, Wally Wales sued Louisville Gas & Electric, Ted Pullen and Rick Storm in their official and individual capacities, for failure to remove the downed trees or place adequate warnings of the trees on Wilson Avenue. Ted and Rick filed a joint motion to dismiss, claiming that the allegations against them in their official capacities were barred by the doctrine of sovereign immunity and that the claims against them in their individual capacities should be dismissed because they were entitled to qualified official immunity.

Wally admitted that Rick and Ted could not be held liable in their official capacities, but argued that they were only subject to qualified official immunity. Kentucky Revised Statutes (KRS) 179.070 required the county engineer to remove trees or other obstacles from the right-of-way when they become a hazard to traffic. The trial court held that appears that Storm’s action or omission of removing a downed tree would be considered ministerial in nature.

Under normal circumstances, when a tree falls onto a Louisville street, someone notifies 911 and 911 will contact Police or Fire and Public Works. A Public Works supervisor is dispatched to the scene, and the utility company, Public Works or a private contractor (if the job is too big) will cut up the tree. Ted said this is an unwritten procedure that everyone knows from his or her experience in the Public Works Department.

Following the 2008 windstorm, the Public Works Department, feeling “vastly overwhelmed” by the number of calls, put incoming calls about downed trees on a list and distributed those lists to the district areas. Ted’s executive assistant maintained the list and was responsible for making the assignments. Ted admitted he knew Kentucky statutory law placed a duty upon the County Engineer to remove trees in the road hat cause a public safety hazard. However, Ted never discussed Rick’s statutory duty with him and never told him that removing trees was included in his official duties. 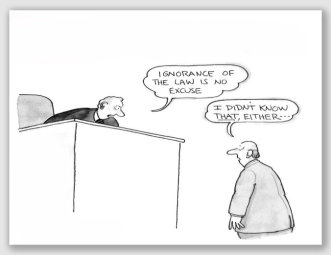 Rick said he never read KRS 179.070 and that no one ever told him that removing trees was part of his job duties. He indicated that Public Works had a sub-department that handled tree removal, and that he was simply too busy to have that function as one of his job duties, especially given the size of the city. When asked why he thought the statute did not apply to him, Rick said he was simply not aware of the statute. He admitted he did not remove trees from the roadway during the post-storm cleanup period, and he did not ask anyone to remove any such trees from the roadway during that time.

Ted argued to the trial court that as the head of Public Works, he was only required to supervise his employees and ensure implementation of the department’s policies. He claimed that he was not personally responsible for removing trees from roadways or otherwise ensuring that roadways were safe. For his part, Rick denied that as the County Engineer, he was responsible for removing trees and other obstacles from the roadways.

The trial court found both Ted and Rick were entitled to qualified official immunity. Th judge concluded no one alleged that Ted or the employees he directly supervised were charged with the removal of the tree. The court held that “none of [Pullen’s] duties involve obedience to the orders, or the execution of any specific act, such that they are ministerial in nature.” With respect to Rick, the trial judge overlooked his previous holding that given the language of KRS 179.070, Rick’s “action or omission of removing a downed tree would be considered ministerial in nature.” Instead, the trial court relied on Ricks own statement that he was never informed of the statute and that he was never told that removing trees was part of his job. Concluding that Rick had no actual authority to direct the removal of storm debris, the trial court held that he did not owe Wally any duty.

Held: Under KRS 179.070, the county engineer had the duty and authority to remove a downed tree, and he was liable for any negligence in failing to remove the trees or in improperly removing the trees. Rick was not entitled to qualified official immunity. Ted, however, was entitled to qualified official immunity inasmuch as his duties were discretionary in nature. Nothing in the record suggested Ted acted in bad faith with respect to any of his duties.

Sovereign immunity is the principle that a sovereign nation is inherently immune from suit unless it has given its consent to be sued. This immunity extends to legislators in the performance of their legislative functions, judges for their judicial functions, and prosecutors for the performance of the prosecutorial functions. The rationale for this is to protect these offices against the deterrent effect of a threat of suit alleging improper motives where there has been no more than a mistake or a disagreement on the part of the complaining party with the decision made.

Questions regarding immunity for other governmental positions are resolved by examining the nature of the functions with which a particular official has been lawfully entrusted, and evaluating the effect that exposure to particular forms of liability would likely have on the appropriate exercise of those functions. Absolute immunity of a government official from suit for monetary damages is justified only when the danger of the official being deflected from the effective performance of his or her public duty is great. 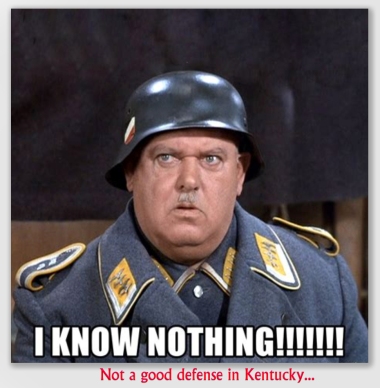 The decision as to whether acts are discretionary or ministerial must be determined by the facts of each particular case after weighing such factors as the nature of the official’s duties, the extent to which the acts involve policymaking or the exercise of professional expertise and judgment, and the likely consequences of withholding immunity. An act is not discretionary merely because some judgment is used in deciding on the means or method used. Where the law imposes upon a public officer the performance of ministerial duties in which a private individual has a special and direct interest, the officer will be liable to the individual for any injury which he may proximately sustain in consequence of the officer’s failure or neglect to perform the duty at all or to perform it properly. In such a case the officer is liable as well for nonfeasance as for misfeasance or malfeasance.

Wally argued that the trial court disregarded KRS 179.070(1)(j), which stated that county engineers will remove trees from roadways and held that Storm had no actual authority in his position to remove the trees at issue in this case. KRS 179.070 holds that a county engineer shall, among other things, remove trees or other obstacles from the right-of-way of any publicly dedicated road when the tree or other obstacles become a hazard to traffic.”

Given the clear statutory mandate to remove trees, the Court of Appeals said, Rick as the County Engineer had “the duty and authority to remove a downed tree.” While the Jefferson County Metro Public Works Department may have chosen to structure its department differently, based on the statutes as written, a member of the public – like Wally – would reasonably expect the county engineer to remove trees, as evidenced by the clear statutory mandate and power to do so. Rick’s duty, the Court found, was not discretionary, but rather was ministerial. Therefore, he was personally liable for negligence in failing to remove the trees or in improperly removing the trees.

Parenthetically, the Court noted, “the trial court’s reliance on Rick’s statements that he was never informed of this statutory duty was in error. This Court does not believe this is an adequate defense for a public official or employee seeking the protection of sovereign immunity… [W]here the law imposes upon a public officer the performance of ministerial duties in which a private individual has a special and direct interest, the officer will be liable to such individual for any injury which he may proximately sustain in consequence of the failure or neglect of the officer either to perform the duty at all, or to perform it properly.

Ted, however, did have qualified official immunity. As the director of public works, his duties did not involve mere obedience to others, and were discretionary in nature.