Quite unintentionally, the execrable 2020 – as it slinks out the door in well-deserved shame – is ending with an orgy of self-reliance versus resort to the courts. Tuesday, we reviewed a Florida case, Balzer v. Maxwell, in which the court held that the fact that an aggrieved landowner has no remedy but self-help means that when he or she exercises that right, the tree owner has no claim for what might become of the tree. Yesterday, we read a Massachusetts court holding that, on the other hand, when a city takes over an abandoned property for taxes, it assumes liability for hazard trees on the property.

Keiper v. Yenser, 1967 Pa. Dist. & Cnty. Dec. LEXIS 171 (Common Pleas Ct, Carbon County, Pa., January 23, 1967). Bill and Becky Keiper complained that for more than five years, the roots of Yensers’ willow tree have been extending into their land and penetrating their sewer line, which has cost the Keipers $166.07. They seek reimbursement for the money they have spent and a court order for the permanent abatement of the root encroachment (that is, an order that the Yensers remove the roots at their expense).

The Yensers filed a demurrer; in the alternative, they argued that laches prevented the Keipers from winning, and contended that abatement should not be ordered because the Keipers had an adequate remedy at law.

Held: The Keipers claim had to be dismissed.

Pennsylvania has no statute that would permit the Keipers to claim that the Yensers’ tree was a nuisance. Nor was there any case precedent. 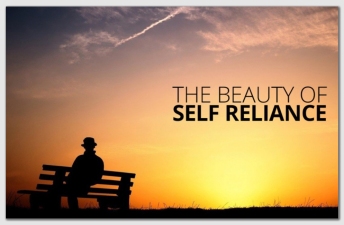 However, looking at other states, the Court noted that in Gostina v. Ryland, a Washington state case, the court held that “were it not for our statute of nuisances, the respondents herein would not be accorded any judicial relief”. And Michalson v. Nutting, the Court said, held in very similar circumstances that “the neighbor, though without right of appeal to the courts if harm results to him, is nevertheless, not without remedy. His right to cut off the intruding boughs and roots is well recognized. His remedy is in his own hands. The common sense of the common law has recognized that it is wiser to leave the individual to protect himself, if harm results to him from this exercise of another’s right to use his property in a reasonable way, than to subject that other to the annoyance, and the public to the burden, of actions at law, which would be likely to be innumerable and, in many instances, purely vexatious.”

Thus, the Court held, while the Keipers could cut the offending roots themselves, they had no cause of action to compel the Yensers to do so. “It is a principle well settled by many adjudicated cases, that an action does not lie for a reasonable use of one’s right, though it be to the injury of another. For the lawful use of his own property, a party is not answerable in damages, unless on proof of negligence…”