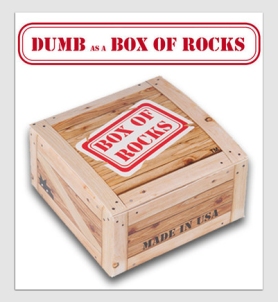 What do you call a guy who volunteered to help his father-in-law cut down a tree, and who witnessed first-hand the risk that a branch would bounce back and endanger the workers, but then went ahead and clobbered himself by – guess what – letting a branch bounce back and hit him?

So what do you call a guy who breaks both wrists doing that, and then sues his father-in-law?

This case illustrates the various rungs of the guest ladder that a person standing in your front yard might occupy. The bottom rung, of course, is slimy trespasser. The top would be owner. In between are business invitee, social invitee and licensee.

Dumber thought he could promote himself to the status of licensee, as though he were an employee of his father-in-law (who must have been a tolerant soul to let his daughter marry this guy). The Arkansas Supreme Court knocked him down a few rungs, but undoubtedly made him feel better by explaining that the rung did not matter. Patient father-in-law had not just warned him of the danger, but he had shown him the danger and how to ensure it did not come to pass.

Young v. Paxton, 316 Ark. 655, 873 S.W.2d 546 (Supreme Court of Arkansas, 1994). Don Young brought a negligence action against his father-in-law, Gerald Paxton, for injuries which he sustained on Gerald’s land as a result of trimming limbs from a tree. Gerald successfully moved for summary judgment. Don appealed, arguing that material issues of fact remained to be decided, including whether he held the status of a licensee or invitee on Gerald’s property, and whether Gerald’s negligence was the proximate cause of his injuries.

On a fine June Saturday, Don walked over to his father-in-law’s house in Saline County. There he found Gerald trimming the limb of a hardwood tree with a chainsaw while standing on a 20-foot extension ladder. The tree was over 15 feet tall with limbs drooping to the ground. Gerald had previously cut three or four limbs down.

The ladder Gerald was using rested against the limb which he was attempting to trim. As he began to cut the limb which the ladder was leaning against, the limb began to rise as the weight from the severed part fell away. Gerald asked Don to get a rope from his shop. Don located a rope and returned to the tree, and at Gerald’s request he threw him the rope.

Gerald then showed Don where to place the ladder in order to cut another limb. The ladder was placed against the designated limb, and Don climbed up with the chain saw and proceeded to cut it. This occurred five minutes after Gerald cut the limb with Don’s help. When the weight of the cut part fell away, the limb rose and the ladder lost its support, causing Don to fall. Because of the fall, Don badly hurt both wrists.

Don sued Gerald for $25,000 in damages, alleging that Don was a licensee on Gerald’s property and that his injuries were proximately caused by Gerald’s failure to supply proper tools for use to perform the task which he asked Don to perform; failure to properly supervise the cutting; and failure to secure the limb.

Gerald filed for summary judgment, arguing that Don had admitted that he was a licensee on Gerald’s property and that there was no proof that Gerald had violated any duty owed Don by acting willfully or wantonly towards him. Gerald argued that Don knew or should have known the dangers posed by cutting branches from the tree. In the alternative, the motion stated that as a matter of law Don had failed to present any proof that Gerald’s conduct proximately caused his injury.

Don then filed an amended complaint, alleging that Don came onto Gerald’s property at Gerald’s express or implied invitation and acted for the parties’ mutual benefit by cutting the branches. Don further alleged that as an invitee Gerald failed to use ordinary care to avoid injury to him because Gerald knew or reasonably should have known that danger existed.

Held: Don will collect not a dime.

The law of negligence requires as essential elements that a plaintiff show that a duty was owed and that the duty was breached. A property owner owes his or her licensee the duty to refrain from causing the licensee injury by willful or wanton conduct, and as well owes a duty to warn of hidden dangers or risks. To constitute willful or wanton conduct, there must be a deliberate intention to harm or an utter indifference to, or conscious disregard of, the safety of others.

But, the Court reuled, the duty to warn does not extend to obvious dangers or risks that the licensee should have been expected to recognize. Indeed, there is no obligation to protect the invitee against dangers which are known to him, or which are so apparent that he may reasonably be expected to discover them and be fully able to look out for himself.

The Court said an invitee may be a public invitee or a business invitee; a business visitor is one who enters or remains on land for a purpose connected with the business dealings of the owner, while a public invitee is invited to enter or remain on land as a member of the public for a purpose for which the land is held open to the public. However, one who goes upon the premises of another with the consent of the owner for his own purposes and not for the mutual benefit of himself and the owner is not an invitee but a licensee; invitee status has not been extended to persons on the premises of another primarily for social reasons.

Where there was no evidence that Don was invited onto the property he was not visiting his father-in-law for any stated business purpose and expected no pay for his assistance, no reasonable jury could have found otherwise and, thus, no material issue of fact existed on this point. What’s more, the Court found, there was no evidence that Gerald acted willfully or wantonly to cause Don any injury. In fact, the evidence showed that Gerald advised Don that the limb would have a tendency to rise as the weight from a severed branch fell away, and Don had even seen it happen a few minutes before when he helped Gerald when faced with the same risk. Even if Don had not known of the risk when he arrived, the court said, that risk was brought to his full attention before the accident.

It is a landowner’s duty to use ordinary care to maintain the premises in a reasonably safe condition for an invitee, the Court said, but that duty usually is satisfied when the danger is either known or obvious to the invitee. There is no obligation to protect an invitee against dangers which are known to him, or which are so apparent that he may reasonably be expected to discover them and be fully able to look out for himself.

So, the Court concluded, regardless of Don’s status as licensee or invitee, Gerald did not breach the duty of care owed. He perpetrated no willful or wanton injuries on Don, who was well aware of the danger involved in the limb cutting.

Because breach of a duty owed is an essential element in a cause of action for negligence, and that element was lacking, Gerald was fully entitled to summary judgment.