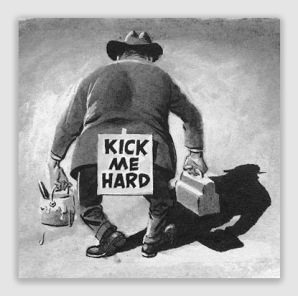 Unwilling to be fooled again, and unwilling to let Gene get away with selling commonly-owned trees as his own, Marv sued. And here’s where he let his fury get ahead of his common sense (which was his lawyer’s job, by the way, to talk his client off the ledge when prudence dictated he get his facts straight first).

Gene removed eight trees from the area of the common boundary line, in which Marv asserted part ownership. Gene said he believed the trees were on his land when he cut them down. Marv sued Gene for trespass, and demanded treble damages for wrongful cutting under KRS 364.130.

Gene argued that KRS 372.070(1) declared Marv’s deed void to the extent that it purported to convey land within Gene’s boundary, including the timber upon it. That statute provided that any conveyance of any land of which any other person has adverse possession at the time of the sale or conveyance, is void. Here, the Court said, Gene never disputed Marv’s proof of the boundary and never sought to quiet title. It was too late for Gene to argue that he had all along been claiming to hold the land up to the fence by adverse possession.

Under Kentucky law, land held by adverse possession only ripens into title when it has been held by 15 years openly, hostilely and notoriously to a well-defined boundary, giving others who may claim an interest notice of the adverse claim. The adverse holder’s intent at the time the possession begins is key: where one through ignorance, inadvertence, or mistake as to true location of his boundary line enters into neighboring land up to a certain line in belief that it is the true line, the occupancy is deemed amicable, mistaken perhaps, but not hostile.

KRS 364.130 governs damages for cutting timber from another person’s land. The statute provides that a person is liable for treble damages for cutting timber from another person’s land only if the person cutting the timber did not have at least color of title to the land. So, in order for Marv to receive treble damages, the evidence must show that Gene did not have color of title to the disputed property from which the timber was cut. Color of title is “that which gives the semblance or appearance of title, but which is not title….” It is color of title in appearance only and not title in fact.

Here, the jury found that at least four of the trees at issue were boundary line trees taken by Gene without color of title. This the case, it is clear that the statute entitles Marv to treble damages. We therefore affirm the ruling of the trial court on this issue. 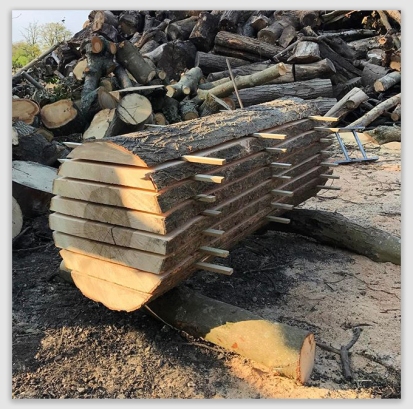 Gene, the Court said, was trying to benefit from the value of the trees both as landowner and as tortfeasor, but could not have it both ways. Based on the testimony of the logger, it is custom that one who cuts and removes trees is paid at the rate of one-half the value of the trees, which is equal to the stump value. Gene was seeking to acquire half the values of the trees on the basis of his tortious conduct, namely, cutting and removing the trees without permission. Further, as a landowner, Gene attempts to assert that he is entitled to a proportional share of the stump value. As a matter of policy, a tortfeasor should not be allowed to benefit from his wrong to the detriment of the injured party.