NIGHT OF THE ATTACK ROOSTERS 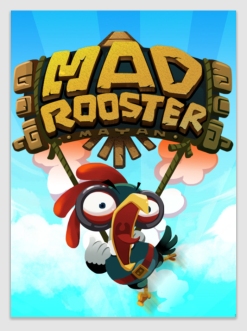 There is little doubt that we in this country enjoy pampering like nowhere else. Animals we once ate for sustenance (or because they tasted good) are now our pets: not only dogs and cats, but Vietnamese pot-bellied pigs, hedgehogs, and even emotional support ducks.

And when we jet off to LA for the Oscars, or Cannes for the movies, or even Munich for Oktoberfest, we need a pet sitter to watch our precious Fluffy. Someone like Josie Gilreath, Professional Pet Sitter.

Come to think of it, Josie – a proud member of the National Association of Professional Pet Sitters (motto: “The ONLY national non-profit organization for professional pet sitters”) – might not be available. She’s still convalescing after a particular harrowing pet sitting experience after an encounter with Bruce and Jodi Smith. While watching the Smith’s chickens, Josie was injured by the Smiths’ attack rooster, who was apparently doing what attack roosters do, which is attack. The kerfluffle left Josie with a serious infection having long-term consequences.

Josie sued, complaining that the Smiths were liable, but the trial court wasn’t buying it. Maybe it was Josie’s 9 years of experience as a professional pet sitter. Maybe it was the sign in the Smiths’ yard that said “CAUTION – AREA PATROLLED BY ATTACK ROOSTER SECURITY CO.” Maybe it was the fact Josie had worked for the Smiths before, and had been warned, “Rooster Will Attack!” Of course, it could have been that Jodi Smith had advised Josie to use a garbage can lid for defense against the rooster.

Whatever the reason, the court held Smiths had not withheld any information from Josie, and that by taking the pet-sitting job, Josie had assumed the risk that the rooster would assault her. Thus, she collected nothing. 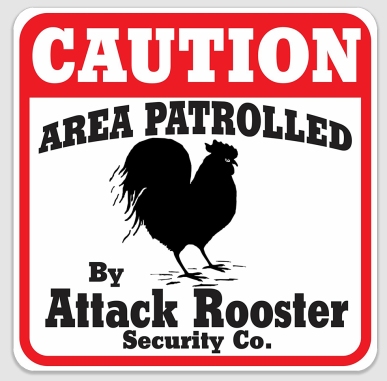 Interesting story, one might think, if you own a rooster. True enough, but there’s a tree lesson here. Josie held herself out as a specialist in pet sitting. Like a homeowner who knows she has a danger tree and hires a tree service to remove it, the Smiths had no duty to give Josie any special warnings. Ordinarily, the Court said, “there is no duty to give warning to the members of a profession against generally known risks.”

Josie was a professional pet sitter with 9 years of experience, and admitted she had a responsibility to educate herself about the animals she takes care of, yet failed to do so for roosters. The Smiths cannot be blamed, the Court held, if Josie failed to inform herself of those risks.

Likewise, a tree service hired to remove a dangerous tree has no right to expect the homeowner to warn of dangers associated with the job.

Gilreath v. Smith, Case No. A16A1747 (Ct.App. Georgia, Feb. 17, 2017). While pet sitting for Bruce and Jodi Smith, Josephine Gilreath was attacked and injured by the Smiths’ rooster, which caused a serious infection with long-term consequences. Gilreath sued, but the trial court granted summary judgment in favor of the Smiths on the ground that Gilreath assumed the risk. Gilreath appealed.

Held: Josie Gilreath cannot collect, because she assumed the risk.

For 9 years, Josie was self-employed as a pet sitter doing business as Crabapple Critters. During that time, she took care of “horses, dogs, cats, all sorts of animals.” Josie belonged to the National Association of Professional Pet Sitters, an organization so august that it even has a website. Although she had worked briefly on two farms, taking care of horses, prior to working for the Smiths, Josie did not have any training or experience with chickens. As a pet sitter, Josie has a responsibility “to a point” to educate herself about the kind of animals she would be working with, but that prior to accepting the job with the Smiths, she had not done any research on how to care for roosters and had not heard anything about their temperament.

For several years before the incident, the Smiths had three dogs and some chickens, including at least one rooster named Sam. The chickens, including Sam, were kept in a coop that had two signs on it, one that said “WELCOME” and one that said “CAUTION AREA PATROLLED BY ATTACK ROOSTER SECURITY CO.” Sam had previously attacked Jodi Smith and her mother, but the Smiths never told that to Josie.

Josie provided pet sitting services to the Smiths twice before, including taking care of the chickens. Once, the Smiths hired Josie to watch the animals for four days, and instructed her on feeding the chickens. This included, among other things, opening the door to the coop to fill up the water dishes. Jodi Smith told Josie, “You do not have to fill them up if you feel uncomfortable with Sam the Rooster. I use a garbage can lid to separate myself from him.” Another time, Jodi gave Josie a note to “Just throw food into cages. Rooster will attack!”

The third time, the Smiths gave Josie no further instructions, but asked her to collect eggs from the chickens. When she tried to do so, the rooster attacked. It was ugly.

The Court held that Josie assumed the risk of injury, because she fully appreciation of the danger involved and without restriction of her freedom of choice either by the circumstances or by coercion, deliberately chose an obviously perilous course of conduct.

The Smiths were obligated to show that Josie had knowledge of the danger; understood and appreciated the risks associated with such danger; and voluntarily exposed herself to those risks. The Court said the knowledge does not refer to a comprehension of general, non-specific risks. Rather, the knowledge that a plaintiff who assumes the risk must subjectively possess is that of the specific, particular risk of harm associated with the activity or condition that proximately causes injury.

Josie has no evidence the Smiths had superior knowledge of the risks associated with the danger. Although the Smiths knew that the rooster had attacked two people, there is no evidence that they knew that the rooster could cause wounds or infections of the sort that Josie suffered. Ordinarily, there is no duty to give warning to the members of a profession against generally known risks. And Josie, an experienced and professional pet sitter, admitted that she had a responsibility to educate herself about the animals she takes care of yet failed to do so for roosters. “The Smiths cannot be blamed,” the Court said, “if Gilreath failed to inform herself of those risks.”

Finally, the Court said, Gilreath admitted that she chose to take the job knowing that she had been told that the rooster would attack. She admitted that she could have turned down the job but chose not to. The Court found Gilreath had equal knowledge of the danger and risks and acquiesced in exposing herself to the risk without taking any precautions.