FOOTBALL IS (NOT SO) BACK!

It’s supposed to be the most wonderful time of the year… high school games every Friday night, our beloved Ohio State Buckeyes (the second most loathed college football team in America, we were chastened to learn a couple years ago) on Saturday, and the Super Bowl-bound Cleveland Browns on Sundays.

Then the virus hit.

In honor of the gridiron season that is not to be (unless you’re the SEC, and don’t care how many people get sick), we resort to cheap metaphors today while considering an unusual and (to us) troubling tree law case. Change the fact pattern by about three feet, and the outcome would have been opposite what the court ruled. That is, if Jennifer’s trees had been growing a yard or so south of where they were rooted, they would have been boundary trees. Neighbors Tony and Xiaoye couldn’t have touched them. But because the trunks and root flares of the conifers were all on Jennifer’s land, Tony got away with whacking away so much root support that Jennifer had to take the three trees down.

“Can they do that?” you ask, because you seem to remember a California case that said otherwise. Good recall, tree law fan. Unfortunately, the answer is pretty much, “Yeah, in Washington, they can do that.” But somehow it seems that the answer ought to be otherwise, that your right to Massachusetts Rule-style hacking at your neighbor’s tree should be informed by some kind of a duty not to kill the tree in the process.

Trigger warning: the outcome of this case is tragic for the trees involved, and those sensitive readers among us who cower at the sound of chainsaws might be needlessly upset.

Mustoe v. Ma, 371 P.3d 544 (Wash.App. 2016). Jennifer Mustoe had two large Douglas fir trees located entirely on her property, about three feet from the property line. Her neighbors were Anthony Jordan and Xiaoye Ma. In October 2013, Tony dug a 18-20-inch deep ditch on his property along the border of Jennifer’s lot. In the process, he exposed and removed the trees’ roots, leaving them to extend only 3-4 feet from the trunks, a loss of nearly half of the trees’ roots, all from the south side of the trees. The trees were thus exposed to southerly winds with no support, making the damaged trees likely to fall on Jennifer’s home.

Jennifer filed suit against Xiaoye and Tony, asserting that Tony had negligently, recklessly, and intentionally excavated and damaged her trees. The trial court dismissed Jennifer’s claims, holding that Tony was entitled to remove those portions of roots that had encroached onto his and Xiaoye’s property and that in so doing, he did not owe Jennifer a duty of due care to prevent damage to the trees. 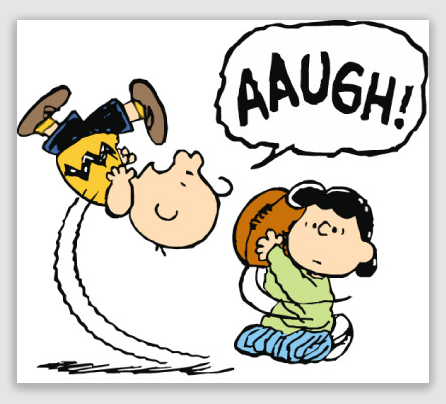 Jennifer started out a field goal behind, because she was compelled to acknowledge that Washington law lets an adjoining landowner engage in self-help and trim the branches and roots of a neighbor’s tree that encroach onto his or her property. Yet, Jennifer argued, the right to self-help does not extend to removing the tree itself, and the State’s common “does not immunize a landowner against liability for damage to the trimmed trees” and argues that the Court should hold that in exercising self-help, a landowner owes a duty of care to prevent damage to the trees themselves.

Jennifer thought she’d put one through the uprights and tie the score, but the Court played Lucy to her Charlie Brown. The law was clear, the Court said, that an adjoining landowner may trim only those branches or roots that encroach on his own property, but did not hold that a landowner owes a duty to act in good faith or reasonably to prevent damage to the trees.

Jennifer also claimed that under state law, all members of society owe a broader legal duty to their fellow citizens and must not use their own property to the injury of others. She cited an exception to the common enemy doctrine in water trespass cases as an example of this duty. The common enemy doctrine allows landowners to dispose of unwanted surface water in any way they see fit, without liability for resulting damage to their neighbors, but a “due care” exception requires that a landowner change surface water flow in good faith and in such a way as not to cause unnecessary damage.

The Court rejected Jenn’s comparison, observing that no court had ever extended the “due care” exception beyond surface water. The Court said, “Surface water is a common enemy precisely because it is a force of nature which may indiscriminately affect any landowner. As such, each landowner may defend against it so long as he or she does not do so in a manner that unnecessarily redirects the wrath of the common enemy upon a neighbor. Unlike surface water, tree roots and branches are not a force of nature which indiscriminately wreak havoc among adjoining landowners. Instead, they are an encroachment upon the land of one’s neighbor. 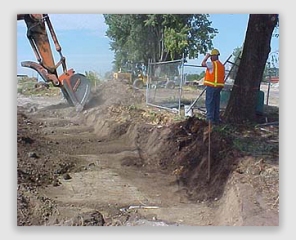 Jennifer, facing second and long, argued that Booska v. Patel, a California case, found that adjoining landowners had a duty to act reasonably in trimming encroachments where neighbors’ trees were concerned. Citing a decision from the other end of the country, Jennifer argued that in Fliegman v. Rubin, a New York court – relying on Booksa – reversed the trial court’s summary dismissal of plaintiff’s claims for damages to his trees allegedly resulting from the defendant’s severance of roots that had encroached on to his property. The Fliegman court held there was an issue as to whether severance of the trees roots damaged plaintiff’s trees because “the right to self-help is limited, in that an adjoining landowner’s right to engage in self-help ‘does not extend to the destruction or injury to the main support system of the tree… .'”

Jennifer’s court was unswayed, holding that Booska and Fliegman appeared to be “outliers.” In Alvarez v. Katz, the Vermont Supreme Court rejected the holdings in Booska and Fliegman, finding that the “right to cut encroaching trees where they enter the land of another, without regard to the impact on the encroaching tree by such cutting, is well established under Vermont law.”

Here, the Court was likewise persuaded that the law in Washington was consistent with the general rule as applied in Vermont.

Pinned deep in her own territory on third down, Jennifer aired it out. She contended that her nuisance action against Tony and Xiaoye should go forward because Tony’s excavation and removal of tree roots was unreasonable in relation to the harm it caused to her trees. A nuisance is an unreasonable interference with another’s use and enjoyment of property. RCW 7.48.010 defines an actionable nuisance as “whatever is injurious to health or indecent or offensive to the senses, or an obstruction to the free use of property, so as to essentially interfere with the comfortable enjoyment of the life and property.

The fundamental question in a nuisance issue is whether the use to which land is put can be considered reasonable in relation to all the facts and circumstances. Tony argued that Jennifer had no action for nuisance because she has no legally recognized right. The Court agreed that Jennifer had not established that she has any legal cause for complaint or interference with the lawful removal of the roots on Ma’s property.

On fourth down and a mile, with only a few seconds left, Jennifer threw the Hail Mary. She complained that she was entitled to damages under the timber trespass statute, RCW 64.12.030. The statute reads, “Whenever any person shall cut down, girdle, or otherwise injure, or carry off any tree, … timber, or shrub on the land of another person, … without lawful authority, in an action by the person, city, or town, against the person committing the trespasses or any of them, any judgment for the plaintiff shall be for treble the amount of damages claimed or assessed.”

Alas, the ball fell short. By its own terms, the Court said, the timber trespass statute applied only to persons acting without lawful authority. Because Tony did not act unlawfully when he removed roots that encroached onto his property, the claim fails.