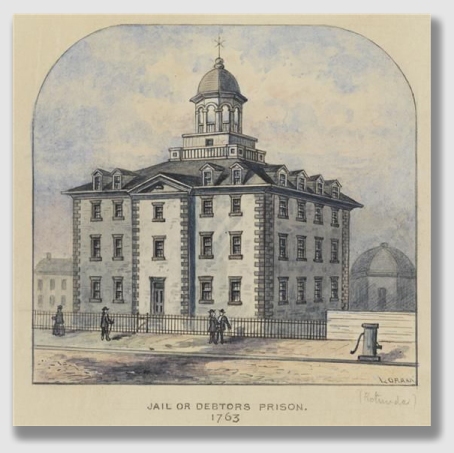 Our topic today is an institution built on second chances – bankruptcy. It’s about to become very popular, with a lot of tight-margin businesses being pushed over the edge by COVID-19 headed for bankruptcy court. And that’s good… maybe not for the business, certainly not for the creditors, but for the economic engine that is America, bankruptcy is a storied and crucial cog in wheel of commerce.

Bankruptcy is one of the important developments of our modern society, a means to give people who have made a lot of financial mistakes a fresh start. You’d be surprised who’s gone down. P.T. Barnum went banko, and then got into the circus business. Walt Disney got wiped out in bankruptcy, losing his Laugh-o-Gram business. He went to Hollywood and got into animation. For that matter, with Donald Trump now serving as president, the old Boffin of Bankruptcy himself (four times to the courthouse for companies he controlled) has joined august company. Abe Lincoln went bust in 1833. Ulysses S. Grant was financially embarrassed after he left the presidency, and wrote his memoirs to pay off the debts. Harry Truman’s haberdashery failed, and it took him years to pay off his creditors (he refused the dishonorable but efficient bankruptcy route).

There are those who persuasively argue that American bankruptcy laws encourage the kind of risk-taking that benefits the economy. Nevertheless, it’s not all roses: some try to take advantage of the bankruptcy laws. The statutes provide a protection against bad apples wanting to use bankruptcy to regain undeserved polish. We’ll look at one such bulwark today, the Act’s prohibition against debtors discharging debts resulting from willful and malicious injury to someone else.

The difference is important. A debtor who injured someone else because he or she negligently ran into that someone’s tree with a car could have the debt discharged. But if he or she deliberately came on someone else’s land, for example, to cut down a Christmas tree and carry it home, the debt that misconduct represented would not be forgiven.

Sometimes the line isn’t that clear, such as in today’s case. The debtor, Ken Harper, got sued because when he had 47 acres of his own timber harvested, the crew he hired also harvested trees on 30 acres belonging to his neighbor. A state court jury had found him liable for trespass and conversion of timber, and had awarded punitive damages and treble damages. The Bankruptcy Court found that the debt couldn’t be discharged, because trespass was an intentional tort (in that the trespassing party intended to go where his feet took him, whether he knew it was his neighbor’s land or not) and because timber conversion required a willfulness to exercise ownership over the property (whether or not the actor knew it was someone else’s to begin with).

As for the maliciousness of the injury, the Bankruptcy Court found that it was enough that the state court jury had assessed punitive damages against Harper. The jury couldn’t have done that, the Bankruptcy Court said, unless it was clear that Harper knew his conduct was likely to cause harm. And as for the treble damages, the Court said, those are part of the judgment, and those aren’t dischargeable either.

The jury did not find that the defendants acted in collusion, but it did return a verdict finding that Harper was guilty of trespass and conversion. The jury was instructed that trespass required that the defendants be found to have intentionally entered Quadrangle’s property. It held that Harper continued his trespass conduct with malice or in reckless disregard of the consequences, or that Harper intentionally pursued a course of conduct for the purpose of causing injury or damage. Quadrangle was awarded compensatory, treble and punitive damages against Harper, who went bankrupt without paying the judgment.

Quadrangle filed a complaint in the bankruptcy to determine whether Harper could discharge its judgment against him in bankruptcy.

Held: The judgment could not be discharged in bankruptcy. Quadrangle argued that the judgment obtained against Harper was nondischargeable under 11 U.S.C. § 523(a)(6) as a debt for a “willful and malicious injury by the debtor to another entity.” Here, the issue was whether Harper’s actions constituting trespass and conversion of timber were willful and malicious, as required to except a debt from discharge under § 523(a)(6).

Quadrangle argued that the jury instructions, jury questionnaire and judgment supported a finding of willful and malicious injury on their face. Harper argued that the mens rea requirement of intent was missing from the state court proceeding, and the issue should be tried in the bankruptcy court. The Court said that a “willful” act was “deliberate or intentional,” and the “willful” element is satisfied if the injury is the result of an intentional tort. The malicious element is satisfied if, in committing the intentional tort, the perpetrator intended the resulting harm, or the harm was substantially certain or nearly certain to result. In this case, the Court said, the jury instructions regarding trespass and conversion clearly established that the element of willfulness was presented to the jury. The jury instruction regarding the intent necessary for a finding of trespass specifically stated, “[t]he intent necessary to commit a trespass is that to be on a particular piece of land that does not belong to you.”

With respect to conversion, the jury was instructed that Harper must have had the “intent to exercise dominion or control over the goods that is in fact inconsistent with Quadrangle’s rights.” Finally, the jury instruction for “malicious conversion of timber” requires a finding that the Debtor “acted with intentional and deliberate disregard for the plaintiff’s property rights.” All of these standards describe a willful injury, the Court said, the purposeful invasion of another’s legally protected interests. As well, trespass and conversion are considered intentional torts under Arkansas law, and are therefore willful acts. The Bankruptcy Court found that the jury’s findings with respect to trespass and conversion established that Harper’s actions were willful, but not necessarily malicious. But because the jury awarded punitive damages — that the action was taken with either the intent to cause harm or with the knowledge that harm was substantially certain to occur — it was clear that the likelihood that Harper knew that harm was substantially certain to occur as a result of his intentional actions, was decided by the jury.

Although Harper argued that the treble damages were dischargeable, the Supreme Court determined that treble damages are encompassed by the term “debt” as it is used in the Bankruptcy Act.