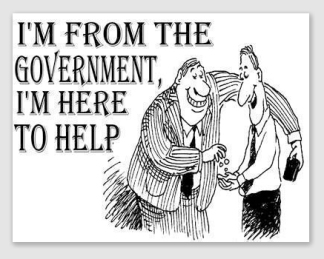 When the Upper Oconee Water Authority started building a new reservoir, its consulting engineer needed to use the Walls’ property to let its subcontractor have access to a drainage pipe. “Just a little easement, ma’am,” the engineering firm told Mrs. Walls. “And we promise not to cut down any trees.”

Of course you promise not to. And we believe you. Right?

You guessed it — the contractor promptly started cutting down the Walls’ trees. Then – adding insult to injury – after the contractor was done with the drainage pipe, the Walls’ property flooded. After repeated complaints to the engineer got no satisfaction, the Walls sued.

The trial court threw the case out without a trial. But on appeal, the Walls won back their trees (or at least their right to fight for them at trial).

Classic “post hoc ergo propter hoc” reasoning … but then, he’s a dog. What can you expect?

But as for the trees, the Court said, the Walls had a right under Georgia law to be secure in their property. The engineers were responsible for supervising their contractors, given that the engineering firm’s representative told Mrs. Walls that he would stop the tree cutting. A jury could have found that the engineering firm was liable for the damages arising from the trespass. Therefore, the Court sent the case back for trial.

Walls v. Moreland Altobelli Associates, Inc., 290 Ga.App. 199 (Ga.App. 2008) The Walls live on a large piece of land along Highway 330 in Jackson County. In 1999, the Upper Oconee Basin Water Authority bought the land across the highway from the Walls’ residence to build a water reservoir. The Water Authority hired Moreland, a civil engineering firm, to manage the reservoir construction.

Hank Collins, a construction manager with Moreland, began overseeing several construction projects to be completed by Maxey Brothers Construction. One of those involved replacing a drainage pipe under Highway 330 and re-grading the area to allow proper drainage from the Walls’ property to the reservoir side of the road. Before the project began, a Moreland representative asked the Walls to grant the Water Authority a temporary easement along the front of their property to permit workers to complete the drainage work. The representative assured Mrs. Walls that the construction would not disturb any trees on the property and would only minimally affect the land. Based on these assurances, Mrs. Walls signed the easement. 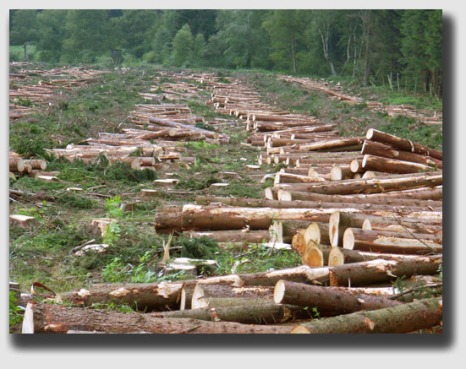 Imagine the Walls’ surprise … could it be that the contractor was somehow a little less than candid?

But when Maxey Brothers began work on the Walls’ property, the contractor promptly started cutting down trees. Mrs. Walls immediately called Collins, who apologized, stating that the trees should not have been cut and that “he would stop it immediately.” Collins also promised that Moreland would replace or pay for the cut trees. Although Mrs. Walls discussed the trees with Collins several times over the next year, Moreland did not pay for the tree loss. In the meantime, the Walls noticed that during heavy rains, standing water would accumulate on their property near the opening to the new drainpipe. The Walls had never experienced standing water before the construction. Mrs. Walls wrote to Moreland about both the water and tree removal, but Moreland did not remedy her concerns. Instead, it referred her complaints to the Water Authority, which investigated the situation. The Water Authority offered to repair the drainage area along the Walls’ property and pay $100 to settle the tree claim.

The Walls sued Moreland for trespass and nuisance, alleging that a work crew supervised by Moreland cut trees on their property without permission, improperly installed the drainpipe, and created a standing water nuisance. The Walls sought compensatory and punitive damages and attorney fees. The trial court tossed the case out. The Walls appealed.

Held: The Court of Appeals split the case, upholding the trial court on dismissing the nuisance claim but reversing on the damage to trees claim. As for the standing water claim, the Walls offered no evidence that the work overseen by Moreland caused the water problem. To be sure, the Walls said they hadn’t had the problem before the construction, but the mere fact that one event chronologically follows another is alone insufficient to establish a causal relation between them.

Moreland also produced evidence that following the project’s completion, a utility company laid underground cable in the area and Jackson County installed a water line along the road, both of which altered the grade. And Collins testified that Mrs. Walls first complained about the water problem after the utility company worked in the area. Because the Walls failed to link the work performed by Maxey Brothers and Moreland to the drainage problem, they did not establish causation. 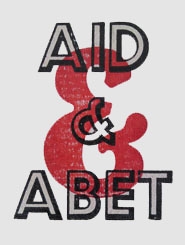 However, the trial court shouldn’t have booted the Walls’ claim for trespass based on the tree cutting. Georgia statutes provides that the right of enjoyment of private property being an absolute right of every citizen, every act of another which unlawfully interferes with such enjoyment is a tort for which an action shall lie. Cutting trees on property owned by another, the Court say, may result in a trespass under OGCA § 51-9-1. The evidence showed that the Walls objected to any tree cutting, and a Moreland representative assured Mrs. Walls that the work would not affect any trees. Mrs. Walls also testified that when she confronted Collins about the tree cutting, he stated that trees should not have been cut. Under these circumstances, a jury could find that the tree cutting exceeded the permitted entry onto the Walls’ property.

While Maxey Brothers actually felled the trees committed the trespass, Moreland was responsible for overseeing Maxey Brothers’ work and ensuring that it complied with the project plans, which, according to at least some evidence, did not involve tree cutting. Moreover, Collins knew that Maxey Brothers planned to cut trees on the Walls’ property, but did nothing to stop the work.

Based on this evidence, the Court said, a jury could find Moreland liable for trespass. One who aids, abets, or incites, or encourages or directs, by conduct or words, in the perpetration of a trespass is liable equally with actual trespassers. This is an important expansion of liability for trespass. Often the trespasser is a mere functionary. The party who put the wheels in motion to cause the trespass – and, incidentally, who has the deep pockets – is the aider or abettor. Being able to reach such a defendant is crucial.