Ask a Cleveland Browns fan (if there are any left, that is):  Experience really does matter. Grabbing the hottest college quarterback (Charlie Frye, Brady Quinn, Colt McCoy, Johnny Manziel, Deshawn Kiser) with zero NFL experience has not been Jimmy Haslam’s ticket to the Super Bowl.  And now, we have Baker Mayfield. Another college QB standout, sent to Cleveland to die… True, he’s still on the team after two years, no mean feat at that franchise since its rebirth in 1999.

To borrow Samuel Johnson’s description of a second marriage, it’s the triumph of hope over experience.

Experience does makes a difference. That’s a lesson we can take away from today’s case.

There’s another lesson, too, illustrated by the old criminal law adage that no defendant should ever trust his freedom to 12 people who are too stupid to know how to get out of jury duty. Part of that maxim is based in reality: despite the Constitutional promise of a “jury of your peers,” most trial attorneys know that the jury generally ends up overpopulated with government workers (who get time off with pay for jury duty), such as county workers and schoolteachers, or retirees. Professionals, business owners and managerial types – to name a few – usually finagle their way out of the jury dock.

Historically, the facts found by the jury are virtually bulletproof. This is partly because tradition and the Constitution have sanctified the community judging concept represented by juries, and partly because the legal system has to have some method of deciding facts with some finality.

Nevertheless, social scientists tell use that there is wisdom in the crowd. So perhaps the jury is right more than it’s wrong. Perhaps it isn’t. Because the law accords such respect to the secrecy of jury deliberations, we may never know.

Back in spring 2011, Keith Anthony asked his neighbor, Paul Gagnon, to help him cut down a rotten tree. Both Keith and Paul were accomplished tree professionals. Paul used a chainsaw on the 30-inch trunk while Keith pushed on it with a Bobcat. Suddenly, the tree “exploded.” A falling limb knocked Paul unconscious and seriously injured him. (Despite the fact that Paul subsequently died during the litigation, he did not succumb to injuries from the tree.

Paul sued Keith for negligence, arguing that Keith should have warned him that the tree could explode, and that he shouldn’t have been pushing on the tree with the skid-steer. In his answer to Paul’s complaint, Anthony argued that Paul was negligent, too, raising what’s known as the affirmative defense of comparative negligence. The trial court jury found that both Keith and Paul were negligent, and that Paul was at least as negligent as Keith in causing his own injuries.

The appellate courts do everything possible to tip the scales in favor of the jury. Its standard of review – the deference the courts of appeal will give the jury’s decision – is to uphold a jury’s verdict if, when viewed in the light most favorable to the winning party, there is any credible evidence in the record to support the verdict. This means that if five witnesses said Keith drove the Bobcat over Paul’s foot, but one witness said that Paul deliberately stuck his foot under the wheels, the jury’s decision to go with the one witness and reject the observations of the other five will be upheld. Appellate litigation can be like watching those hapless Browns get outscored 30-0 by Pittsburgh for the first 59:30 minutes of the game, only to have Cleveland score a single field goal in the final thirty seconds and win.

Here, the Court decided that no one expected the tree to explode. Shortly after the accident, Paul admitted that he didn’t think Keith was doing anything with the skid-steer that contributed to the tree breaking or falling too soon. Keith corroborated the accidental nature of the event, testifying that the tree “just dropped suddenly without warning or anything.”

The Court went out of its way to note that both Paul and Keith “had substantial experience cutting trees and working in the woods, and both were aware of the rotted condition of the tree they were working on.” A Maine arborist testified that using the Bobcat to try to bulldoze the tree over while someone else sawed at it was, charitably put, a stupid idea. Under the circumstances, the Court said, both Paul and Keith should have known better than to try to use a skid-steer to push the tree over.

As for the jury, the Court reasoned that from the evidence, a jury could have concluded that Keith was negligent in operating the Bobcat; (2) either Keith or Paul or both were negligent because they should have known that the way they were cutting down the tree was dangerous; or (3) no one was negligent, and the tree “explosion” was just one of those things. Because the jury could have gone any of several ways on the verdict, its conclusion that both of the guys were knuckleheads was supported by the record.

In other words, there was enough evidence in the record for everyone. When that’s the case, the jury’s decision as to which version to credit stands.

And if you’re experienced enough to know better, a jury is going to hold you to your experience.

A Bobcat of the type that Keith misused …

Estate of Gagnon v. Anthony, 126 A.3d 1142 (Supreme Court of Maine, 2015). Keith Anthony asked his neighbor, Paul Gagnon, to help cut down a rotted tree at Anthony’s place. Both men were experienced woodcutters. The tree to be felled was about thirty inches wide with a large limb growing out of it. Gagnon used a chainsaw to make a wedge cut in the tree below the limb while Anthony used the bucket of his Bobcat skid-steer loader to push the limb away from the house and a nearby sapling. As they performed their respective tasks, the tree “exploded” and the limb fell on Gagnon, injuring him. Gagnon sued Anthony, alleging that Anthony failed to warn him about the possibility that the limb could snap because of the rotted condition of the tree, and also alleging that Anthony was negligent in his operation of the Bobcat. Anthony raised an affirmative defense of comparative negligence under 14 M.R.S. § 156 (2014).

A trial jury found that both Anthony and Gagnon were negligent and that Gagnon was at least as negligent as Anthony in causing his own injuries. The Estate’s motion for a new trial was denied, and this appeal followed.

Held: The jury’s verdict was upheld. The Court said it would uphold a jury verdict if, when viewed in the light most favorable to the prevailing party, there is any credible evidence in the record to support the verdict. Gagnon, as the movant, was required to show that the jury verdict was so manifestly or clearly wrong that it is apparent that the conclusion of the jury was the result of prejudice, bias, passion, or a mistake of law or fact. 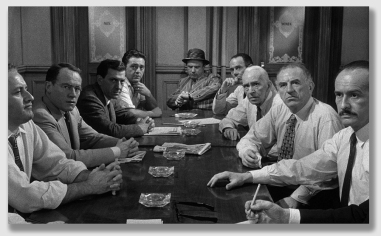 The Maine Supreme Court said it was clear from the record that neither man expected the tree to “explode” as it had. In a recorded statement that was admitted in evidence, Gagnon explained that the tree “broke way too soon, it should have never broke at that point.” In his statement, Gagnon placed no blame on Anthony, stating that he did not believe that Anthony was doing anything with the skid-steer that contributed to the tree breaking or falling too soon. Anthony corroborated the accidental nature of the event, testifying that the tree “just dropped suddenly without warning or anything.” Furthermore, the evidence showed that both Gagnon and Anthony had substantial experience cutting trees and working in the woods, and both were aware of the rotted condition of the tree they were working on. The Court dryly observed that “it would not be unreasonable to infer from this circumstance that both men knew, or should have known, the risks associated with cutting the rotted tree, and both should have known that the plan to use the Bobcat to fell that tree was ill advised.”

The Court said that the evidence was sufficient for the jury to decide any of three ways. The jury could have found that (1) Anthony was negligent in his operation of the Bobcat; (2) either Anthony or Gagnon or both were negligent because the dangerousness of the method they undertook to fell the rotted tree should have been obvious to each; or (3) neither of them was negligent, and the limb falling onto Gagnon was simply an unexpected accident. Where the causal fault of both parties is in dispute, the Court said, “it is the sole prerogative of the jury to determine the comparative degrees of fault of each of the parties to a negligence action.”

Although the record did contain evidence that Anthony accepted some responsibility for Gagnon’s injuries, and although a licensed Maine arborist testified that pushing a tree with a skid-steer is “not the proper way to do it,” the Court ruled that there was sufficient credible evidence in the record to support the jury’s finding that Gagnon was at least as negligent as Anthony.

Thus, the trial court didn’t abuse its discretion in denying Gagnon’s motion for a new trial.