Yesterday, we tackled the first of several inter-related questions raised by an Iowa reader. She wrote that a neighbor planned to bulldoze a driveway along a steep grade right next to her land. She feared that the bulldozing would destroy root systems of hertrees — many a century or more old — and so badly destabilize the slope that it would cause landslides that carried away her land.

We identified four questions in our reader’s inquiry. We tackled the first question yesterday, about trees that might be exactly on the boundary line, and we concluded that Iowa law would not let her neighbor take steps that would destroy them (such as wiping out the root systems) without our reader’s OK.

But that answer begs the question of what will happen to trees which are growing entirely on our questioner’s land but extend their branches or root systems onto the neighbor’s place. (The third question — what if the neighbor’s bulldozing causes the steep slope to collapse, bringing some of our reader’s land down as well — and the final question about whether our reader could get an injunction to stop the harm before it starts, will be addressed tomorrow.)

The short answer to today’s question is found in the century-old case of Harndon v. Stultz. That decision adopted what years later would be called the “Massachusetts Rule,” specifically that a landowner has no right to judicial help in stopping an encroaching tree from his or her neighbors, but he or she may trim its branches and roots back to the property line. Under the rule of Harndon, it would appear that the neighbor could bulldoze out the root systems which have grown onto his land without liability.

But we’re not entirely satisfied that this would be the answer. Remember first that the plaintiff in Harndon complained that the trees in question were damaging her land, the roots tying up the ground and the trees shading what otherwise would be cropland. The court didn’t have a lot of sympathy for her, but it did recognize that she was suffering because the tree was just doing what trees are doing.

The United States been moving inexorably toward the Hawaii Rule, which provides a landowner judicial relief where the trees are nuisances, and not merely being trees. Witness the Virginia decision of Fancher v. Fagella, in which the tree was causing substantial damage to the plaintiff’s home. The obverse of this coin is illustrated in the question posed here: what happens when the neighbor is suffering absolute no damage whatsoever from the trees in question? As our reader explained it, the neighbor merely wants to bulldoze a road on a steep slope along a very narrow piece of property. During the bulldozing, it’s likely that root systems will be severed and trees badly damaged or killed.

Our suggestion that there may be more to it than a century-old case suggests isn’t that far off. A California decision, Booksa v. Patel, already has held that a neighbor must act reasonably in exercising his or her self-help rights, and “reasonable” is expressed in terms of taking steps which are no greater than those needed to ameliorate the harm. And Professors Prosser and Keeton, in their seminal work The Law of Torts (5th ed. 1984) §57, say that a landowner has a privilege to make use of the land for his own benefit, and according to his own desires, which is an integral part of our whole system of private property; but it has been said many times that this privilege is qualified by a due regard for the interests of others who may be affected by it. The possessor’s right is therefore bounded by principles of reasonableness, so as to cause no unreasonable risks of harm to others in the vicinity.” 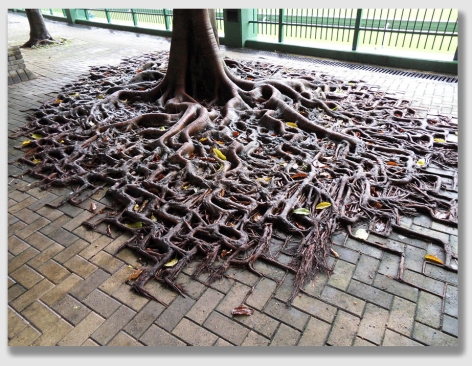 Remember, no one said our neighbor’s roots are invasive.

In the case our reader has raised, it may well be that the time is ripe not to reverse Harndon v. Stultz, but rather to add to the body of law it represents by finding that a neighbor’s right of self-help is circumscribed by reasonableness. Under that standard, where a neighbor kills a tree by removing a root system, where the tree admittedly has caused no sensible harm to him, might be unreasonable.

It’s certainly something our reader’s Iowa attorney might want to consider.

Next Monday, we’re off for Memorial Day, but on Tuesday: What if the bulldozing causes landslides on our reader’s property?

Harndon v. Stultz, 124 Iowa 440, 100 N.W. 329 (S.Ct. Iowa, 1904). Harndon and her husband owned and farmed an 80-acre tract of land. Stultz had 160 acres just to the south of the Harndon farm. Many years before, the Harndons planted a willow hedge along the entire south line of the farm, and later, Stultz extended the hedge eastward. The Harndons claimed that Stultz had agreed with them to maintain the west half of the hedgeline and the Harnsons would maintain the east half. Some years later, the Harndons dug up the east half of the hedge, replacing it with a fence. Mrs. Harndon then demanded that Stultz do the same. Stultz refused, and she sued for an order finding the hedge to be a nuisance and requiring Stultz to cut it down. She argued that the willow had spread through the soil, and so much shade was cast by willows that it rendered a portion of the Harndons’ land unusable. As alternative, the Harndons asked that, if Stultz had no duty to remove the hedge, they be allowed to do so at their expense. The trial court dismissed the petition, and the Harndons appealed. 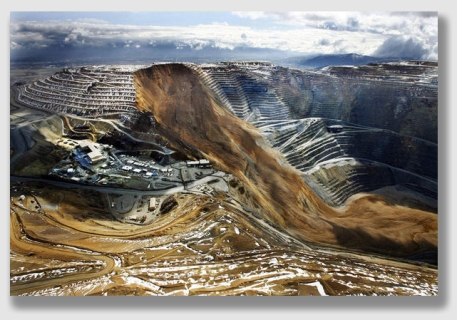 Tuesday – Could our reader’s neighbor cause a landslide?

Held: The Court adopted what was essentially the Massachusetts rule years ahead of its time. Nothing in the law, the Court said, made it a defendant’s duty to cut down a hedge or tree simply because over a passage of time, the owner’s neighbor found the roots and the shade of the growing trees injured the productiveness of his land. The raising of trees, the Court held, is a legitimate use to which an owner may put his land. If the limbs of such trees overhang the land of a neighbor, he may cut them off at the line, and, if the roots penetrate the neighbor’s soil, he may dig them out, but that is the extent to which he may carry his objection.

The Court said that an adjoining property owner may cut off the overhanging branches of trees at the property line, and dig out the roots penetrating the soil on his land. However, that property owner is not entitled to compel the owner of the tree to cut it down, regardless of whether the care and maintenance was provided by the owner or by the adjoining property owner. On the other hand, the Court said, trees standing on the boundary line between lands of adjoining owners are the common property of both parties, which neither may destroy without the consent of the other. The Court upheld the trial court, but modified the decree to let the Harndons remove the hedge at their cost, based on Stultz’s statement at argument that she didn’t object to its removal.