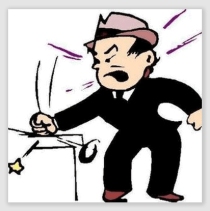 We’ve worked a lot with the old Restatement rule, now on its way out, that a landowner is not liable for physical harm caused to others outside of the land by a natural condition of the land. That rule, when it was a rule, came with a proviso. If the person possessing the land was in an urban area, he or she was liable for physical harm resulting from failure to exercise reasonable care to prevent an unreasonable risk of harm arising from the condition of trees on the land near the highway.

In today’s case, a tree in the lush tropical paradise fell onto a road and crushed a ’77 Mercedes – a pretty nice ride – leaving the plaintiff’s lawyer with a problem. The evidence showed the collapsed tree was rotten, all right, but that none of the decay was visible from the exterior. So arguing that the tree’s owner should have inspected the tree was a loser, because even if he had done so, the owner would not have seen the decay and recognized the danger. 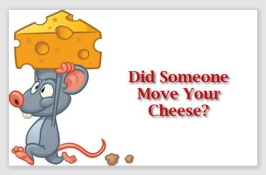 The plaintiff’s lawyer recognized that to win this one, he’d have to move the cheese on the defendant. So he quickly rolled out a second argument: Even if the common law (and more specifically here, the Restatement on Torts) did not imposes liability without fault (that is, strict liability), the court should impose it here simply as a matter of public policy. “Public policy” is a fancy way of saying something should or should not be done because, well, because it is just common sense. So, the argument went, it did not matter if tree owner Al Gerard followed the rules as they existed now, because the rules needed to be changed retroactively, all the way back to the day the tree fell.

“Common sense?” the Court asked incredulously. If urban owners are strictly liable for any tree that falls, it responded, then their reaction to the rule will simply be to cut down all of their trees. And where would be then? Sorry about the Mercedes, the Court said, but we’d be even sorrier about the trees.

Norm Nielsen, who was Al’s neighbor and worked with Vic, was first on the scene. The base of the tree was inside Al’s fence, but the rest was on the road. Norm said the tree was “dry” where it broke off, “kind of rotten but green on top.” The evidence, which included photos taken by the traumatized Vic, failed to establish that a visual inspection of the tree would have disclosed that it was rotten at its base and in danger of toppling.

Held: The Court held that the facts did not show Al to be negligent, because he appeared to have no reason to know that the tree was unstable and would fall.

Vic, however, argued that even if Al was not negligent, he should be held strictly liable for any damage the caused. Vic cited the Restatement of Torts (Second), which provided at section 363 that:

(1) Except as stated in Subsection (2), neither a possessor of land, nor a vendor, lessor, or other transferor, is liable for physical harm caused to others outside of the land by a natural condition of the land.

(2) A possessor of land in an urban area is subject to liability to persons using a public highway for physical harm resulting from his failure to exercise reasonable care to prevent an unreasonable risk of harm arising from the condition of trees on the land near the highway.

Vic relied on subsection 2, arguing that Al – owning trees in an urban setting – had a duty to Vic to inspect the trees. The Court ruled that whether the property on which the tree was located was urban or rural might be debatable, but ultimately was irrelevant. Even if the urban standard applied, the Court said, and even if Al had adhered to the standard, “the weakened condition of the tree was not apparent upon a visual inspection, so that it matters [not whether the area was urban or rural. Perhaps a core sampling of the tree would have disclosed the problem, but such an effort, particularly when weighed against the likely risk, is far too onerous a burden to place upon a landowner.”

The Court held that the Restatement did not impose strict liability, that is, liability without fault, in circumstances like these. All Sec. 362(2) does it to apply a more specific standard of care to an urban landowner, but still within a negligence realm. 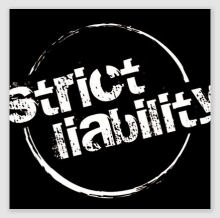 Unfazed, Vic argued that the Court should apply its own strict liability standard to this case, as a matter of public policy. The Court demurred, saying that in its view sound public policy was reflected the Restatement’s standard. The Court said that a landowner should have the duty to inspect for, discover and remedy patently hazardous natural conditions on his or her property which may cause harm to others outside the land. But where the decay is internal, and therefore not discoverable upon reasonable inspection, to “impose a rule of strict liability would be to declare, in effect, that any tree which is large enough to fall over the boundary of one’s land will subject its owner to liability in the event that a hidden weakness causes it to topple and cause damages off the land.” That would just lead prudent landowners to cut down their trees, the Court concluded, “thereby accelerating the already lamentable deforestation of the territory.”

The Court agreed that the community should be protected from reasonably foreseeable dangers, but the community – both local and worldwide – “also has a compelling interest in the protection and preservation of the environment. The same concern and sensitivity which we are just beginning to bring to the massive problem of the destruction of the Amazon rain forest, for example, should also apply to the relatively minute and particular circumstances of this case. No reasonable gain would be derived from adopting a rule of strict liability here, particularly when weighed against the potential ecological and aesthetic implications of such a decision.”