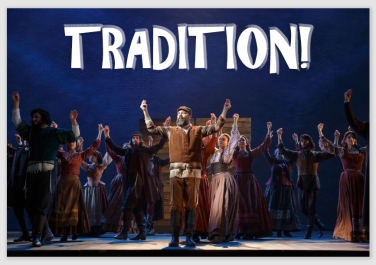 Teyve the milkman has nothing on the law when it comes to the reverence afforded tradition. That’s chiefly because development of the common law is based on the doctrine of stare decisis, shorthand for stare decisis et non quieta movere, meaning “to stand by decisions and not disturb the undisturbed.”

In common law legal systems, precedent – prior authority – is a principle established in one or more prior cases that is either binding on or persuasive authority for a court when deciding subsequent cases with similar issues or facts. Common law legal systems value deciding cases according to consistent rules, so that similar facts will yield similar and predictable outcomes, and people can fairly be said to understand what the law requires of them. Observance of precedent is the mechanism by which those goals are attained.

As Justice Brandeis famously wrote, however, “The rule of stare decisis, though one tending to consistency and uniformity of decision, is not inflexible… Stare decisis is usually the wise policy, because, in most matters, it is more important that the applicable rule of law be settled than that it be settled right.” 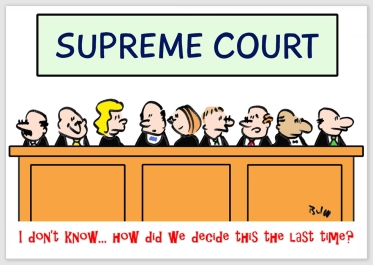 When courts are seen to be messing with stare decisis, a lot of people can get their knickers in a bunch. Look at the kerfuffle last week over the Supreme Court’s decision that the Sixth Amendment requires unanimous juries in felony case. As a concept, that’s hardly shocking. But sometime being right becomes more important than being consistent. Were that not so, Plessy v. Ferguson and “separate but equal” would still be the law of the land, and laws limiting the number of hours in a work web would still be unconstitutional. Sometimes, rules with roots that are ancient and run deep get overturned. Times change, and with them, rules change, too.

Such was the case in California, which was among the first to completely and soundly reject the quaint common law notion that a landowner was responsible for artificial conditions of his property, but not the natural conditions. As the country became more settled, early tree liability cases began to nibble at the doctrine, perhaps because courts were offended that a property owner could let a tree rot and decay until it fell on a neighbor’s house (or worse yet, the neighbor), and yet not be liable because the tree was a “natural condition.” As the nation became less rural, the rule made less and less sense, until a California landslide swept it away.

Sprecher v. Adamson Companies, 30 Cal. 3d 358, 636 P.2d 1121 (1981). South Winter Mesa Associates, a joint venture between Adamson Companies and Century-Malibu, owns a 90-acre parcel of land in Malibu, California. The parcel is bounded on the north by the Pacific Coast Highway and on the south by Malibu Road.  Across Malibu Road and opposite the parcel are a number of beach front homes, including one owned by Peter Sprecher.

South Winter’s land contained part of an active landslide which extends seaward from the parcel for 1,700 feet along Malibu Road and beyond the boundaries of the property. Pete’s house sat within the toe of this slide. The landslide, which has been evident since the area was first developed in the early 1900’s, was a natural condition of the land which has not been affected by any of South Winter’s activities on the 90-acre parcel. 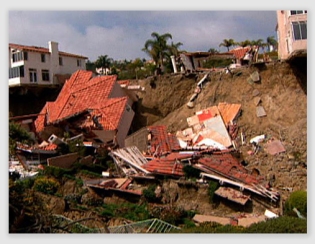 In March 1978, heavy spring rains triggered a major movement of the slide which caused Pete’s home to spin up against the home of his neighbor, Gwendolyn Sexton.  As a result, Gwen sued Pete, seeking to enjoin the encroachment of his home upon hers. Pete then sued Gwen, the County of Los Angeles and South Winter, seeking damages for the harm done to his house by the landslide. He complained that South Winter had not done anything to correct or to control the landslide condition.

South Winter moved for summary judgment, arguing primarily that a possessor of land has no duty to remedy a natural condition in order to prevent harm to property outside his premises. Pete countered that the common law rule of nonliability for a natural condition should be jettisoned, because the rule is neither premised upon sound public policy nor in accord with modern principles of tort liability.

The trial court held that South Winter was not liable, and Pete appealed. Eventually, the issue made it to the California Supreme Court.

Held: Rejecting the distinction between artificial and natural conditions, the California Supreme Court held that a possessor of land is liable to others when he is negligent in preventing a natural condition of his land from causing harm.

Under the common law, the major important limitation upon the responsibility of a possessor of land to those outside his premises concerned the natural condition of the land.  While the possessor’s liability for harm caused by artificial conditions was determined in accord with ordinary principles of negligence, the common law gave the landowner an absolute immunity from liability for harm caused by conditions considered natural in origin. No matter how great the harm threatened to his neighbor, or to one passing by, and no matter how small the effort needed to eliminate it, a possessor of land had no duty to remedy conditions that were natural in origin. 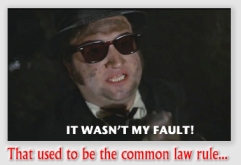 The Court observed that over the 20th century, a progression of the law mirrored a general trend toward rejecting the common law distinction between natural and artificial conditions.  Instead, the courts increasingly used ordinary negligence principles to determine a possessor’s liability for harm caused by a condition of the land.  The earliest case to do so was a tree case in 1896, in which a New York court held a possessor of land was liable for damage caused when a decayed tree on her premises fell on her neighbor’s house during a storm.  After observing that the defendant clearly would be liable for the fall of a dilapidated building, the court observed that it could “see no good reason why she should not be responsible for the fall of a decayed tree, which she allowed to remain on her premises… The tree was on her lot, and was her property. It was as much under her control as a pole or building in the same position would have been… A defendant had no more right to keep, maintain, or suffer to remain on her premises an unsound tree… than she would have had to keep a dilapidated and unsafe building in the same position.”

In more recent years, the California Supreme Court noted, thirteen states and the District of Columbia have begun applying ordinary negligence principles in determining a possessor’s liability for harm caused by a natural condition. All of the cases involved injury caused by fallen trees. However, the California Supreme Court said, the principle is not limited to trees: a possessor of land has a “duty of common prudence in maintaining his property, including trees thereon, in such a way as to prevent injury to his neighbor’s property.”

The California Supreme Court concluded that the national trend was moving toward jettisoning the common law rule in its entirety and replacing it with a single duty of reasonable care in the maintenance of property.  Even the Restatement Second of Torts recognizes that a possessor of land may be subject to liability for harm caused not just by trees but by any natural condition of the land, drawing no distinction between landowners located in urban areas and the rural countryside. While some cases have held rural landowners have a lesser duty of inspection than do urban dwellers, others do not, while a compromise position taken by a few states holds that the rural or urban nature of the land is only one of several factors to be considered. 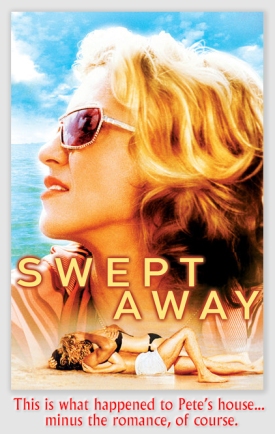 Historically, the consideration most frequently invoked to support the rule of nonliability for natural conditions simply embodied the principle that one should not be obligated to undertake affirmative conduct to aid or protect others. A natural condition of the land was by definition, some argued, one which no human being had played a part in creating. Therefore, no basis for liability existed because a duty to exercise reasonable care could not arise out of possession alone.

Whatever the rule may once have been, the California Supremes said, it is now clear that a duty to exercise due care can arise out of possession alone.  The duty to take affirmative action for the protection of individuals coming upon the land is grounded in the possession of the premises and the attendant right to control and manage the premises.

The historical justification for the rule of nonliability for natural conditions, the Court concluded,

has lost whatever validity it may once have had. In addition, adherence to the rule in California would produce an anomalous result. A possessor of land would owe a duty of care to protect trespassers, invitees and licensees, but not his neighbor, from harms threatened by a natural condition of the land… It is difficult to see why this court should support a rule which would allow a trespasser to bring an action in negligence that would be denied a neighbor, where both were standing on either side of the possessor’s boundary line and were both struck by a dead limb from his tree.

The distinction between artificial and natural conditions and the immunity from liability predicated on that distinction, the Court concluded, bore scant relationship to the factors that should determine whether immunity should be given a landowner for harm done by a natural condition of the land. “The foreseeability of harm to the plaintiff, the degree of certainty that the plaintiff suffered injury, the closeness of the connection between the defendant’s conduct and the injury suffered, the moral blame attached to the defendant’s conduct, the policy of preventing future harm, and the extent of the burden to the defendant and the consequence to the community of imposing a duty to exercise care have little, if any, relationship to the natural, as opposed to artificial, origin of the condition causing harm.”