THE WORTH OF A HUMAN LIFE

Tip O’Neill famously said that “all politics is local.” And he was right. We spent 15 years in the Washington, D.C., metro area, where what happens on Capitol Hill makes the local news. But the Nation’s Capital and all of its intrigue doesn’t begin to match the politics in a small town smack in the center of a small county in the Corn Belt. 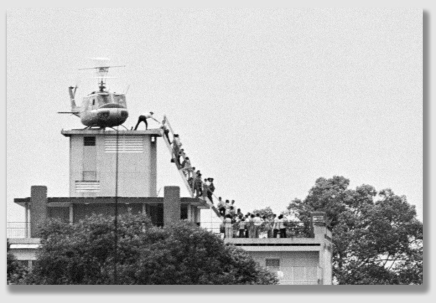 When we would no longer “pay any price,” we beat feet out of town.

We had a municipal election here not too long ago. The incumbent mayor and his challenger debated during the campaign, and the wannabe, a fresh face in politics, embarked on his usual riff about crime (which is not an especially serious problem around here). The local paper reported that the challenger asserted that

“there should be no limits when it comes to achieving a safe city. ‘I’m not worried about budgets,’ he said with regarding the way he would address the drug epidemic.”

Our hometown’s mayoral challenger is way too young to remember John Kennedy’s inaugural address in January 1961. JFK intoned that “we shall pay any price, bear any burden, meet any hardship, support any friend, oppose any foe, in order to assure the survival and the success of liberty.”

JFK wasn’t around to see the end game in Saigon, when the North Vietnamese tanks rolled into town. Come to think of it, no Americans were around for it either, as they all had hightailed it out of town on the last chopper. Uncle Ho drove a stake into the Kennedy Doctrine’s heart that day. It turned out that no matter what the late President had said, we wouldn’t pay any price, meet any hardship, and so on. Guess what? There are limits to how much we’re willing to pay for anything.

Certainly not our hometown’s young mayoral hopeful. He doesn’t know that everything has a price point. He’ll give $10,000 extra to the police if that gets ten more drug dealers arrested. In fact, that sounds like a bargain. So how about $100,000 for 15 more? Or $1 million for 20 more? Or $10 million for 30 more? You get the idea – there comes a point when the price you’re paying for an incremental increase in city safety is just too much to justify for the benefit your extra money buys you. The neophyte’s inexperience shows: there are limits to what us town dwellers will pay for a safe city. There are always limits. 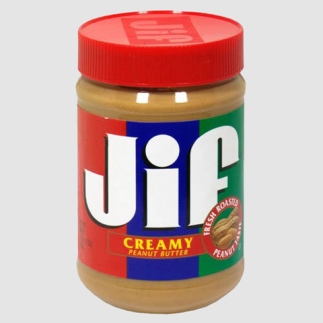 Is your PBJ sandwich worth the risk to some peanut-adverse kid somewhere? C’mon … let’s be socially responsible. Eat Vegemite instead.

All of which leads us to today’s case. A tree-related case may seem rather a prosaic illustration of this limiting principle, but the hard fact is that a dollar value on safety is set every day. People are always making demands on government or industry that are objectively unreasonable, but that they believe with all their hearts are absolutely necessary because of our own experiences.

It’s the old “cost of a human life” argument, as in “how can you place a price tag on a human life?” We do, of course, all the time. If we didn’t balance lives against costs to society, we’d have no cars, airplanes, or even peanut butter. Think of the lives that would be saved! Without cars, over 34,000 lives would be saved annually in the U.S. alone. Hundreds of people a year die in aviation-related mishaps. And how about peanut butter? Is your guilty pleasure of peanut butter-banana sandwiches before bedtime worth the horrendous risk to countless children with peanut allergies? Tough policy questions, to be sure…

We have no better illustration of this than the current COVID-19 lockdown. Some predicted a million people would die unless we “flattened the curve.” If we take that figure, subtract the 60,000 who actually are dying, we may have saved 940,000 people (more or less). The total cost of the coronavirus shutdown could top $7 trillion. Also a “more or less” figure. And just like that, we have paid $7.5 million for every obese diabetic couch-potato life saved. But who can put a price on human life?

In today’s case, Mrs. Lacasto didn’t lose her life, but she was a mite inconvenienced (and a bit injured) in her run-in with gravity in beautiful Santa Barbara, California. A piece of city-owned sidewalk had been pushed up by the roots of a city-owned ficus tree. Mrs. Lacasto tripped on the 1-inch rise and injured herself.

In the inevitable lawsuit — this was California, after all — she argued that the City’s tree maintenance program was deficient, and if it hadn’t been so defective she wouldn’t have fallen. The deficient maintenance program meant that the City had “constructive notice” of the damaged sidewalk, and it thus owed her a lot of money for her fall. The defect? Why, she argued, Santa Barbara only inspected trees once every five years! Horrors! If it had inspected more often, she complained, the defective sidewalk caused by the ficus tree would have been discovered.

The numbers tell the story: the City employed four tree trimmers, who had responsibility for maintaining some 32,000 city trees along some 500 miles of sidewalks. The trimmers trimmed 5,500 trees a year, and tried to get to each tree in town once every five years. The Court didn’t use a calculator, but it reckoned that the cost of inspecting sidewalks and trees every two years, as Mrs. Lacasto thought would be prudent, would have been “an onerous burden” on the City.

What’s more, the Court wisely observed, even if the ficus tree had been inspected every two years, it was sheer speculation that sidewalk rise would have been found to be a dangerous condition two years before appellant’s fall.

Of course, the City could just replace the 500 miles of concrete sidewalk with rubber. The taxpayers clearly wouldn’t mind shouldering the cost: after all, who can put a price on Mrs. Lacasto’s shins?

Lacasto v. City of Santa Barbara, Case No. 1188148, 2007 Cal. App. Unpub. LEXIS 8909, 2007 WL 3203036 (Cal.App., Nov. 1, 2007). On a sunny morning in September 2005, appellant tripped on a rise in a sidewalk maintained by City. The one and a quarter-inch rise occurred at the expansion joint between two adjoining concrete panels. One foot to the south of the maximum rise, the elevation diminished to one inch. Appellant tripped at a point between the one and a quarter-inch rise and the one-inch rise. Her toe caught on the sidewalk rise and she fell, breaking her left hip.

A search of the records of the City Division of Public Works showed that, before Lacasto’s trip and fall, the division had never received any complaints or information regarding the condition of the area of sidewalk in question. A search of the records of the City Risk Management Division also failed to disclose any reports, but the City’s Street Maintenance Manager said the sidewalk defect was a hazard and should have been repaired. Near the rise in the sidewalk, a ficus tree had been planted, and a city expert opined that the rise was caused by the tree root lifting the sidewalk. The lifting had also caused a crack in the sidewalk that ran perpendicular to the rise. Mrs. Lacasto’s expert said that ‘[r]aising of hardscape does not happen overnight but over a period of time …” The City admitted it “would have taken several years” for the tree root to grow to the point where it would cause a one and a quarter-inch rise in the sidewalk.

The only sidewalk inspection the City had was to charge all City employees to be on the lookout for hazards. No City employees were responsible for inspecting sidewalks for defects. The only way the City would know about a sidewalk hazard would for a citizen or City employee reporting it to the City. The City has over 500 miles of sidewalk area. About five years before Mrs. Lacasto’s fall, City tree trimmers performed maintenance on the ficus tree in question. The City employed four tree trimmers to maintain over 5,500 of the 32,000 City trees. The City’s current system for pruning trees was based on elapsed time, with every City street and park tree receive some type of maintenance over five years. Lacasto’s expert said the City’s trees should have been inspected at least every two years. The trial court found for the City on summary judgment. Mrs. Lacasto appealed. 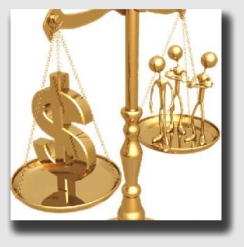 Mrs. Lacasto conceded that there was no evidence that the City had actual notice of the defective condition. Therefore, the City’s liability had to be predicated on constructive notice, which would be found to exist only that have existed for such a length of time and are of such a conspicuous character that a reasonable inspection would have disclosed them. In order to charge the city with constructive notice, Mrs. Lacasto had to show some element of notoriety to put the city authorities on notice as to the existence of the defect or condition and its dangerous character. An inch and a half-inch rise in the sidewalk, the Court said, simply wasn’t sufficiently conspicuous to put the city on constructive notice of the defect.

In view of the City’s more than five hundred miles of sidewalks and approximately 32,000 street and park trees, the Court said it would not have been reasonably practicable to impose such an onerous burden upon the City. Even if the ficus tree had been inspected every two years, as recommended by Mrs. Lacasto’s expert, the Court said it would be speculative whether the sidewalk rise constituted a dangerous condition two years before appellant’s fall.