Weyerhaeuser Co. bought a big old farm in southeastern Oklahoma for timber operations back in the 1980s. No sooner had it harvested its last tree but next-door neighbor Brantley started taking advantage of the absentee owner. 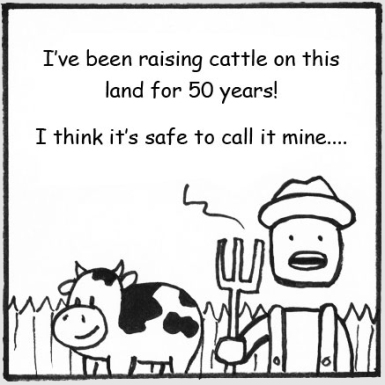 Not so fast, Mr. Brantley … it’s not quite as easy as all that.

Finally, the time came that Weyerhaeuser was ready to resume timber and gravel operations. it found Brantley to be underfoot, so the company sued him in trespass to remove him from the place. Brantley claimed he owned the place under the doctrine of adverse possession.

No, the Court said, he did not. Adverse possession requires, among other things, that the possession of the land be exclusive. Brantley’s possession of the place was more communal, the Court observed, with other actors coming and going all the time. You just can’t have a committee of people commonly possessing a place adversely. Where two people have entered on land, the one who has the better title is the one in possession. And in this case, that was the guy who occupied the land as lessee. Brantley’s Dad, who had leased the land from Weyerhauser, was the one in possession. Not his piratical son.

Weyerhaeuser Co. v. Brantley, 510 F.3d 1256 (Ct. App. 10th Cir., 2007). Sherrill Farm is located in a scenic portion of southeastern Oklahoma, along the Mountain Fork River and near the Arkansas border. Weyerhaeuser had owned the farm since the early 1980s at least, the entire period of the dispute. Young Carl Brantley claimed he had began grazing livestock on Sherrill Farm as early as 1980-81, although he had never had permission to use it. Since then, Brantley said he had built corrals, feed troughs, and fences on the property. He also removed brush, applied fertilizer, harvested wheat, and maintained roads. Although he installed a locked gate on the farm in the early 1980s, he never paid property taxes on the land. Brantley claimed his adverse possession of Sherrill Farm began in the winter of 1987-88, after Weyerhaeuser last harvested a stand of trees on the property.

In 1998, Weyerhaeuser and the Oklahoma Department of Wildlife Conservation included Sherrill Farm in the Three Rivers Wildlife Management Area. According to the agreement, the general public could access Sherrill Farm for hunting, fishing, and other recreation. Brantley’s locked gate prevented a state wildlife officer from accessing Sherrill Farm during some visits. Brantley testified he saw hunters on the property during this time and asked them to leave. In 2003, Weyerhaeuser granted an easement to another landowner to access her property across Sherrill Farm, but Brantley refused to allow access to the easement through his gate.

You can’t adversely possess by committee …

Brantley asserted adverse possession or prescriptive easement as affirmative defenses. After a trial, the district court entered judgment in favor of Weyerhaeuser. Both the parties appealed. Brantley argued he possessed the land adversely, and Weyerhaeuser complained it should have been awarded $200,000 in lost profits.

Held: Weyerhaeuser’s judgment was upheld, but not the lost profits. Under Oklahoma law, to establish adverse possession, Brantley had to show that his possession was hostile; under a claim of right or color of title; actual; open; notorious; exclusive; and continuous for the full 15-year statutory period. 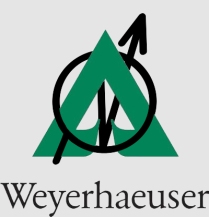 Weyerhauser controls over 7 million acres of timber in the U.S. – it knows how to give squatters the bum’s rush.

The Court found that Brantley did not have exclusive use of property for 15 years – that length of time being the Oklahoma standard (your home state’s period may vary), and thus failed to establish adverse possession of the land. During the 15-year period, Brantley’s father held a grazing lease on property, Oklahoma State conducted activities on the property, Weyerhaeuser conducted activities such as road maintenance and gravel sampling on property, the land was part of a wildlife area managed by the State, it was open to the public, horses not belonging to Brantley grazed on the property and Brantley’s own brother also claimed grazing rights to property by adverse possession. To show exclusive possession, Brantley had to show an exclusive dominion over the land and an appropriation of it to his own use and benefit. Two persons cannot hold one piece of property adversely to each other at the same time, the Court said, and where two persons have entered upon land, the one who has the better title will be deemed to be in possession.

However, Brantley did not have to pay the $200,000 special damages for trespass. A forest manager’s testimony that, but for the presence of Brantley’s cattle, the property owner would have netted $200,000 in profits from gravel mining — based on 150,000 tons during first year and 300,000 tons during second year — was held by the Court to be too uncertain and speculative to support damages award for lost profits. But the award of $10,000 against Brantley based on Weyerhaeuser’s lost timber sales, was reasonable: Weyerhaeuser had previously used the property for timber harvesting, and the property was currently suitable for planting and harvesting. Weyerhaeuser’s witness was a certified forester who had submitted an affidavit identifying methodology for his damage calculations.