I was talking to my son in Texas (OK, texting, because he’s a 30-something, and texting instead of talking – sort of using the telegraph instead of the telephone – is what people under 40 do) about the standing water in the flat land that constitutes his extended back yard. It reminded me of Texas’s flat land that seems to this Midwesterner to go on forever – and that Texas is a place where a husband can shoot his wife’s lover, and the wife’s the one who gets charged.

That makes me a little gratified when what could have devolved into a gunfight ends up with the misbehaving defendants coming up on the short end of a jury verdict instead, and at the same time a little pleased to bring you a Texas case.

This case — a perfect illustration of the problem we we’ve talked about before with verbal contracts — shows the horrors that result when complex deals aren’t written down. Bachmeyer and the Stukeses made an oral deal: Bachmeyer could graze his herd on their land if he would expend his time and money fixing their place up. He did, to the tune of about $8,186.00, but clearly some event must have intervened to sour the deal, because the Stukeses refused to let Bachmeyer’s longhorns graze. “Be that way,” Bachmeyer may have replied, “but give me back the $8,186.00 I spent.” Strangely, they refused to even do that.

The other side in today’s hearing reminds us of the Stukeses, but that’s another story.

Bachmeyer sued, and the Stukeses obligingly counterclaimed, raising a host of complaints against him about trespass, shoddy fence-building, cutting down too many trees … the works. The trial thus turned into a regular furball, made more complicated by the lack of a written agreement that would have settled a number of issues.

Things got even messier, because it turned out the Stukeses didn’t do much better choosing lawyers than they did writing contracts. Their attorney let the trial court give a whacked-out jury instruction on the meaning of “trespass,” one which essentially required the jury to find that Bachmeyer intended or negligently trespassed, instead of merely intending the act that led to the trespass. 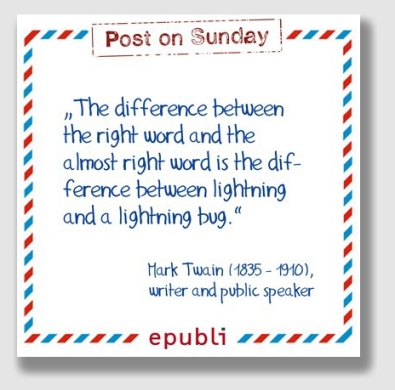 Mark Twain once observed that “[t]he difference between the almost right word and the right word is really a large matter — it’s the difference between lightning and a lightning bug.” And was he ever right! At law, one has trespassed if he or she intends or negligently enters onto the real property of another. That is, if you step off a public sidewalk onto my lawn in order to let a group of nuns pass, you have trespassed. You intended to take the step that you took, and intended to end up on my grass. It matters not that you were being polite, or that it was for a good reason, or that the Pope would have wanted you to do so. It’s trespass.

If however, you remained on the sidewalk, but the nuns grabbed you and threw you bodily onto my lawn, you did not trespass – not that nuns would ever do such a thing.

The instruction the court gave let the jury think that Bachmeyer had to intend that his incursion on the property was a trespass. If turned trespass into a “state of mind” offense that it has never been. The upshot of the wrong instruction — just the almost right words in almost right places — as well as the Stukeses’ lawyer being asleep at the switch, was a judgment against the defendants. The Stukeses were told to cover Bachmeyer’s $8,186.00, and for good measure to pay Bachmeyer’s legal fees in the amount of $17,500.00.

The Court of Appeals wasn’t terribly sympathetic… except on the fee award, which it sent back for reduction and recalculation. Speaking of fees, we bet that the Stukeses’ lawyer’s had some trouble collecting his.

When the Stukeses didn’t pay him, he sued. The Stukeses counterclaimed breach of contract, negligence, trespass, promissory estoppel, and a declaratory judgment. They claimed Bachmeyer failed to perform his services in a workmanlike manner because portions of the property had been flooded unnecessarily, requiring repairs to roadways and replanting of pasture; Bachmeyer removed trees that he wasn’t authorized to remove; Bachmeyer removed vegetation in a manner that left the property uneven and unsuitable for pasture; Bachmeyer failed to fertilize and to control weeds, or he did so in an improper manner; Bachmeyer installed fencing unevenly, so that it encroached on the boundaries of the property; Bachmeyer damaged the Stukeses’ tractor; and Bachmeyer altered the natural terrain of the property in a manner that directed excess water runoff onto the Stukeses’ property. 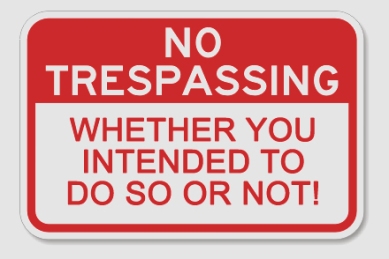 Held: The verdict on trespass and negligence was upheld. It turned out that the trial court gave the jury a bad instruction on trespass. Trespass to real property occurs when a person enters another’s land without consent. To recover trespass damages, a plaintiff must prove that (1) it owns or has a lawful right to possess real property, (2) the defendant physically, intentionally and voluntarily entered the land, and (3) the defendant’s trespass caused damage.

But the trial court gave the jury a bum instruction. It told the jury that “[o]ne who intentionally trespasses upon land in possession of another is subject to liability whether or not the actor causes harm to the other. A trespass may also be committed through negligence.” The jury paid attention, and found that Bachmeyer did not intentionally commit a trespass, and that he did not negligently commit a trespass.

The problem was that negligence is not a required element of a trespass cause of action. What’s more, while a plaintiff has to prove that the defendant intentionally committed the act that constituted a trespass, the plaintiff doesn’t have to show that the defendant intended a trespass. If Bachmeyer had tripped on a tree root and fallen over the boundary, the act would not have been a trespass. But if he walked over the boundary — even if he didn’t know the boundary was there — he would be trespassing, because he intended the action, walking, that resulted in the invasion of the property. The jury charge, however, required the jury to find that Bachmeyer either intentionally or negligently committed a trespass.

The Stukeses did not object to these instructions. They were, therefore, required to show more than simple trespass, and the Court of Appeals was duty bound to assume that the charge correctly stated the law. As for alleged overflow of water onto their land from Bachmeyer’s land, the Court ruled, the Stukeses were heist by their own petard: they were unable to prove that Bachmeyer had negligently or intentionally trespassed with the water onto their land. As for the wandering fence, the Stukeses argued it encroached on their property in places. Bachmeyer testified he and the Stukeses had agreed on the encroachments. The Court held that the mere fact that the fence encroached on the Stukeses’ property was insufficient to establish that Bachmeyer intentionally or negligently trespassed. The jury was free to believe or disbelieve Bachmeyer’s testimony that the parties agreed to place the new fence as closely as possible to the old fence and that he did so. The Court deferred to the jury’s resolution of this credibility issue.

The Stukeses also argue that Bachmeyer trespassed because he unnecessarily cut down trees on their property. A landowner that intends to have timber cut on his property owes a duty to adjoining landowners to ascertain the property line of adjoining land with diligence and care. Here, the Court said, the Stukeses and Bachmeyer agreed that to replace the old fence, some of the trees would have to be removed. Bachmeyer testified that he told the Stukeses that he would have to remove some of the trees to put up a straight-line fence and that the Stukeses agreed to the removal of the trees. It is undisputed that Bachmeyer had the right to remove trees on the Stukeses’ property to construct the new fence. Whether he negligently or intentionally exceeded that right, the Court said, was inherently a fact question. The jury had factually and legally sufficient evidence to conclude that he did not.