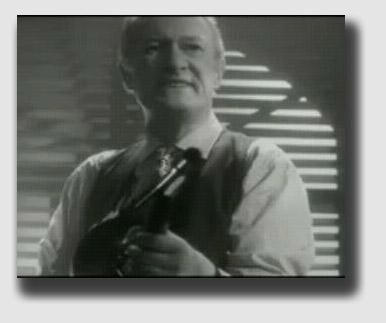 Any fan of the Christmas comedy hit of the 1990s, Home Alone, remembers Angels with Dirty Wings. It was the film noir movie that the kid protagonist played repeatedly, the mobster’s taunt – “Keep the change, ya filthy animal” – punctuated with a spray of .45 cal. bullets from a Model 1928 Thompson submachine gun, being used as part of the boy’s plot to keep the bad guys at bay.

In today’s case, the angel is Angel’s Path, a developer, and the dirt on its wings slid off a big mound the company put right on its property line as it built houses. The neighbors didn’t much like the dirt sliding into their back yard, and weren’t big fans of the stagnant water that collected after every rainstorm. But when Angel’s Path asked for summary judgment on the trespass and nuisance claims the Peters brought, for some reason they opposed it on the cheap, with an affidavit from Mr. Peters and a bare letter from their engineer.

It’s seldom a good idea, saving money at the most crucial moment in the litigation. Better to adhere to the old law school maxim, “too much is not enough.” You have affidavits from five experts? Use ’em all. You have five boxes of documents? Attach ’em. Opposing a motion for summary judgment is no time to spare the horses. Here, Mr. Peters should have had an affidavit from his engineer, his own survey done by a registered surveyor and recorded down at the county building, and enough pictures of shifting dirt piles and standing water to start his own Instagram site. 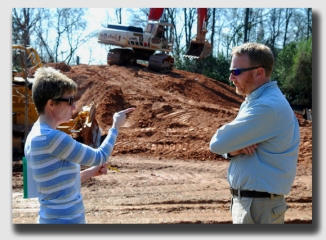 But he didn’t. The trial court granted summary judgment to Angel’s Path, finding the survey of property lines — showing the dirt piles on its own land — more persuasive than Mr. Peters’ affidavit claim that the dirt had sloughed over the line. Peters’ affidavit was “self-serving,” the trial judge complained.

The Court of Appeals reversed. Sure the affidavit may be a little self-serving, the Court said, but for purposes of summary judgment — a fairly high bar for a defendant to leap — the Court had little problem believing that a property owner knew where his own boundary lay. The summary judgment test, after all, is whether the evidence, taken in the light most favorable to the party against whom summary judgment is sought, shows there’s no material question of fact.

This standard required that the trial court assume that any reasonably detailed facts Mr. Peters raised in his affidavit were true. If after doing this, the court still believes that Peters was not entitled to a judgment, then summary judgment could go for Angel’s Path. It was pretty clear that Mr. Peters was going to need a whole lot more persuasion at trial to pull the halo off Angel’s Path, but for now – at the summary judgment stage– his showing was enough to stay in the hunt. Just barely.

Incidentally, this case was brought with a companion case from the Kramers, who sued Angel’s Path, too. That decision is an interesting study in nuisance and trespass. We’ll consider that decision tomorrow. 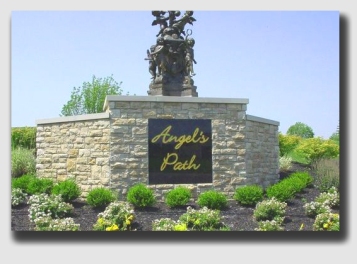 Peters v. Angel’s Path, L.L.C., 2007-Ohio-7103, 2007 Ohio App. LEXIS 6211, 2007 WL 4563472 (Ct. App. Ohio, 2007). Clarence and Nanette Peters complained that Angel’s Path, LLC, a developer, damaged their two residential properties. As a result of residential property development by Angel’s Path, dirt mounds at the edge of the development property caused water run-off and flooding on their adjacent land. They sought restraining orders to prevent Angel’s Path from trespassing on their properties or continuing to alter the natural flow of water, as well as damages.

Angel Path filed a motion for summary judgment, arguing that the earth mounds did not cause run-off to appellants’ property or any sinkhole conditions, and therefore, were not a nuisance; and that their surveyor said that the mounds did not encroach upon appellants’ property, so no trespass had occurred. The trial court also granted summary judgment against the Peters on both their nuisance and trespass claims. The Peters appealed.

Held: Summary judgment was reversed. A “nuisance” is the wrongful invasion of a legal right or interest. A private nuisance is a nontrespassory invasion of another’s interest in the private use and enjoyment of land. In order for a private nuisance to be actionable, the invasion must be either intentional and unreasonable, or unintentional but caused by negligent, reckless, or abnormally dangerous conduct. 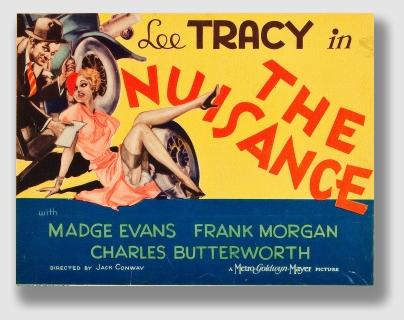 In answer to Angel’s Path’s motion for summary judgment, Mr. Peters provided an affidavit along with photos that claimed the mounds created by Angel’s Path had slid across the common property onto his property. Peters’ affidavit also said that Angel’s Path workers entered onto his property to cut the weeds because the slope of the mounds didn’t allow appropriate maintenance without entering onto his land. Finally, the Peters affidavit stated that the back portion of his property now flooded and would not dry out, preventing his use of the land for a rental or for farming. Peters also included as a letter from his expert stating the mounds blocked the natural flow of the water, creating a “permanent pond,” and suggesting possible ways to eliminate the problem.

The Court said that Mr. Peters’ testimony about the location of his property lines, although perhaps not the best evidence to rebut a commercially prepared survey, was something presumably within the property owner’s personal knowledge. Therefore, despite the fact that he had not yet had a separate survey done, the Court would not disregard the affidavit. At the same time, the Court criticized the trial judge for placing too much weight on the fact that Angel’s Path plans had been approved by the local county engineers. The Court of Appeals said that while the county engineer and other agencies approved the Angel’s Path development plans, including the projected effects that it might have on surrounding properties, “such facts are of little consequence and comfort when examining the real-world results of the construction…”

Here, for the purposes of summary judgment, the Court concluded that the Peters had presented prima facie evidence to establish causes of action for private nuisance and trespass. Whether Angel Path’s actions were reasonable, intentional, or negligent, the Court said, are decisions to be made in a trial, not on summary judgment.