ROCKIN’ DOWN THE HIGHWAY 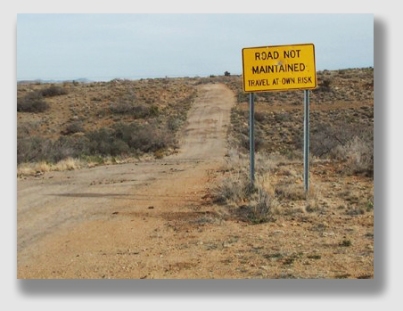 Ms. Smith owned 134 landlocked acres, and she gained access to them only through using a township road that was no longer maintained and appeared by all accounts to be abandoned. But the road led through the Thompsons’ place, and — for reasons not revealed in the case — they didn’t much like Ms. Smith crossing their land on the abandoned township road.

They sued to keep her off the road, claiming trespass. Ms. Smith responded that it was still an official township road. “We’ll see about that,” the Thompsons must have grunted in reply. They were grunting because they were busy pounding metal posts into the old road so she couldn’t use it. For legal cover, the Thompsons petitioned the Township to vacate the road.

Here’s where it gets murky. The Township apparently refused to vacate the road, and Ms. Smith asked for summary judgment, pointing out that the court couldn’t issue an injunction to keep her off a public road. The court agreed, but the Court of Appeals did not. It found that the general public had no absolute right to use an unmaintained township road, and that the trial court could enjoin Ms. Smith from doing so if it were so inclined. Also, it said that there were way too many moving parts to this case for summary judgment to be appropriate. 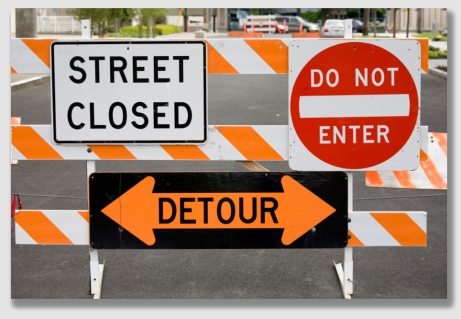 Frankly, the notion that the general public has no right to transit a public highway that isn’t being maintained is an alarming one, for a number of reasons. Chief among them is the difficulty anyone would have telling when a road ceases to be poorly maintained, and falls into non-maintenance. This decision strikes us as a lousy one.

Thompson v. Smith, 172 Ohio App.3d 98, 873 N.E.2d 323 (Ct.App. Columbiana Co., 2006). This case arose out of a property dispute that began when Marlene Smith attempted to use an old township road named Ashton Road in Madison Township near the Columbiana County Airport. The road hadn’t been maintained by Madison Township for many years and was mostly overgrown with trees. Ashton Road cuts through property owned by both Donald and Rebecca Thompson, as well as land owned by Ms. Smith, a 134-acre tract abutting and just north of the 53 acres owned by the Thompsons. Ashton Road begins somewhere west of the Smith property, then cuts generally southwest through both properties, and eventually connects to other township and county roads to the south and east of the Thompsons.

It appeared from the record that Ms. Smith’s 134 acres were landlocked, and Ashton Road might be her only access to other improved and maintained roads, but it was unclear. The Smith property was cut off from access to the north many years ago when State Route 11 was built. A portion of Ashton Road served as a private driveway to the houses around the southwest corner of the Thompson property, and it is partly maintained by the Thompsons. The Thompsons do not maintain any portion of Ashton Road beyond their own driveway and private home.

Some time point prior to the filing of the complaint, Ms. Smith or her agents entered what they assumed was Ashton Road and removed a locked gate that was crossing the right of way. The gate had actually been installed by Ms. Smith some years before, but it had not been locked until the Thompsons began doing so. The Thompsons then filed a complaint against Ms. Smith alleging trespass, preliminary injunction, permanent injunction, and quiet title. Ms. Smith filed an answer and counterclaim. 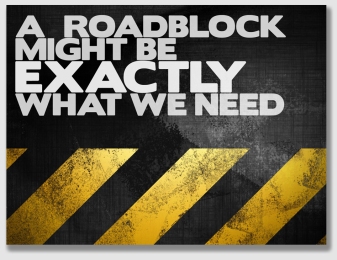 Sometime after the complaint was filed, the Thompsons installed seven metal posts across what they consider to be an abandoned part of Ashton Road, and they petitioned the Township to officially vacate Ashton Road. Ms. Smith then filed a motion for summary judgment. The motion argued that a member of the general public could not be found to trespass on a public road and that the court of common pleas had no jurisdiction to quiet title to a township road. The motion asked the court to dismiss the trespass claim and the quiet-title claim.

Held: The Court of Appeals reversed, finding that genuine issues of material fact precluded summary judgment, and that the trial court had the power, if it so elected, to grant an injunction against a private person using a public road. 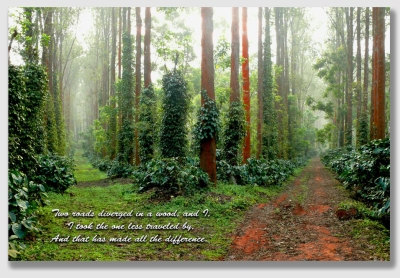 The Thompsons demanded that Ashton Road be the road not taken … but the whole idea “frosted” Ms. Smith.

The Court found that genuine issues of material fact concerning landowners’ and neighbor’s property rights and their actions and intentions with respect to road, which township had not vacated but which had become overgrown with weeds and bushes, precluded summary judgment for neighbor on landowners’ claim for injunctive relief to prevent neighbor from using the road.

The Court of Appeals held that the trial court erred when it concluded that there were no circumstances in which an injunction could be granted to prevent a private citizen from using a public road. But one of the primary purposes of injunctive relief in Ohio is to protect property rights. The trial court in this case is free to utilize the remedy of injunctive relief to protect the rights of the parties, even though the primary dispute involves access to and use of a public road.

The Court concluded there remained unresolved factual disputes concerning the property rights of the parties and their actions and intentions with respect to Ashton Road. Therefore, summary judgment was not appropriate.