The solid rock on which the many decisions on landowner liability for trees that fall on neighbors’ land, houses, cars and sundry possessions is the unremarkable notion that a landowner is not responsible for damage caused by the natural condition of the land. In other words, if it’s just a tree growing naturally on the property – and not some exotic species you saw on your last safari, and just had to plant in your backyard in scenic Bugscuffle, Tennessee – any damage it might cause by shedding its limbs or invading with its roots is pretty much an Act of God.

A monkey on Gibraltar … but no monkeyshines at Gibralter Fire & Marine Insurance. The company wanted Mr. Griefield to pay for the damage that his fallen limb had caused.

Or such was the case in 1946, when the Gibraltar Fire & Marine Insurance Co., tried to collect money from Mr. Griefield for damage his tree had done to its insured. Mr. Griefield told Gibraltar that it had rocks in its head if it thought he was liable for damage caused by a falling limb. But Gibraltar wasn’t monkeying around. It sued, claiming in essence that a landowner was liable whenever one of his or her trees caused harm to a neighbor.

The case didn’t involve questions of whether the tree was diseased, whether Mr. Griefield had a duty to inspect his trees, or whether any defects in the tree were readily apparent. Decisions refining a landowner’s duty – even where the tree is a natural condition of the land – were years in the future. Rather, today’s case established as rock-solid the principle that a landowner has no obligation to trim or take other steps to limit the damages that a tree growing as a natural condition of the land might otherwise cause to a neighbor.”

The Mississippi Supreme Court pondered the issue in 1946. Because the decision – although written with some of the ruffles and flourishes typical of decisions of that era – is fairly short, we set it out in full:

Griefield v. Gibraltar Fire & Marine Ins. Co., 199 Miss. 175, 24 So.2d 356 (Sup.Ct. Miss. 1946).” This action was begun by the appellee in a County Court and was there tried by agreement by the Judge without a jury, resulting in a judgment for the appellant, but which was reversed by the Circuit Court and a judgment was there rendered for the appellee. The case was tried in the County Court on an agreed statement of facts, which the Reporter will set out in full.

The test of the appellant’s liability vel non is whether the tree from which this limb overhung the land of the appellee’s assignors was of natural growth or had been planted by the appellant or a former possessor of her land. If the latter is the case, liability appears, 4 Restatement, Torts, § 839; Buckingham v. Elliott, 62 Miss. 296, 52 Am.Rep. 188; but if the former is the case the appellant is not liable, 4 Restatement, Torts, § 840, Comment (a). The former is the case here, for there is nothing in the agreed statement of facts to indicate that the oak tree was not of natural growth. 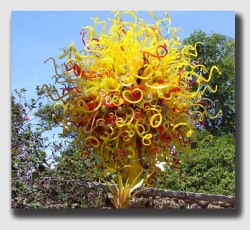 An exotic balloon tree in your backyard is probably not a “natural growth” on the land.

“The broad language of the opinion in Buckingham v. Elliott, supra, if given effect, would sustain the judgment of the Circuit Court, but when the authority of that opinion is limited, as it should be, to the issue then before the court, it will be seen that the judgment there rendered is not in conflict with the rule announced in 4 Restatement (Torts), § 840, for the trees there, the roots of which caused the plaintiff’s damage, were not of natural growth but had been planted of the defendant’s land. The appellant was under no obligation to the appellee’s assignors to remove the limb of the tree which overhung their land, and her gratuitous promise so to do was not binding on her, but the appellee’s assignors had the right at all times to themselves remove so much of the limb as overhung their land. 1 American Jurisprudence, Adjoining Landowners, § 56.”