FOR THE LORD’S SAKE, PEOPLE… STOP!

You would think that a church could get along with its neighbors. Maybe it was the Methodist elders. Maybe the neighbor was a minion of hell. Who can tell from the abbreviated decision in today’s case, handed down by the New York Supreme Court, Appellate Division.

A word of caution here: New York is not like the rest of the world. In New York State, the Supreme Court is a trial court, the Supreme Court Appellate Division is the court of appeals, and the Court of Appeals is the supreme court. There – isn’t that easy? So the next time someone claims to be on the New York Supreme Court, just say, “yeah, you and a thousand other judges.”

Today’s decision involved a party wall, hardly a matter of importance to most folks. But the principle is an important one. Trespass is one of those common law torts (consider a tort to be a “wrong”) that can be committed all to easily. You don’t have to intend to commit a trespass. All you have to do is intend to step where you step. So if you trip on the sidewalk and fall onto someone’s front lawn, it’s not a trespass, but if you step off the sidewalk to avoid a puddle, it is.

What’s more, in every trespass, damages are presumed. There have been cases where people trespassed, thinking they were on their own property, and actually left the place better off than before they arrived. No matter. The law presumes they damaged it.

Obviously, this can cause all sorts of nonsensical results. For that reason, while the law will always assume damages, it won’t always order the trespass to end. Sometimes, the trespass causes so little inconvenience to the property owner and – if it were ordered to cease – would cause such injury to the trespasser, that an injunction would not make sense. The law will generally avoid ordering a result that is wasteful. 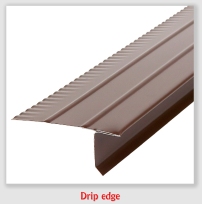 In today’s case, Mr. Kimball installed drip edge and cladding on the party wall, with a small portion of it (we’re talking inches) protruding over the Church’s vacant property. Drip edge prevents rainwater and ice melt from running under the shingles and into the wall. Cladding is a finish such as vinyl siding, covering the rather ugly concrete block wall. It protruded onto church property probably 2” beyond where the wall stood.

What would have been the point, other than sheer orneriness, of making Mr. Kimball rip the siding and drip edge off the wall? After all, those additions were needed only because the Church tore down its building, leaving a bare wall exposed to the elements. The court of appeals was not going to demand such a wasteful and damaging result.

The law is not always an ass.

Lord only knows what went on between the Church and the Kimballs, but things seemed to start when the Methodists tore down their building a decade ago (leaving the party wall, of course, because it was part of Mr. Kimball’s building, too. About seven years after the church building was razed, Mr. Kimball installed cladding and a drip edge along the church side of the wall. 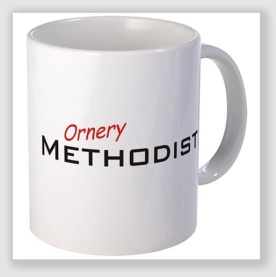 Held: The appellate court agreed that there was undoubtedly a trespass, but drew the line at an injunction. New York law provided that an “action may be maintained by the owner of any legal estate in land for an injunction directing the removal of a structure encroaching on such land [but n]othing herein contained shall be construed as limiting the power of the court in such an action to award damages in an appropriate case in lieu of an injunction or to render such other judgment as the facts may justify.”

In order to obtain injunctive relief under the statute, the appellate court said, the Church was “required to demonstrate not only the existence of [an] encroachment, but that the benefit to be gained by compelling its removal would outweigh the harm that would result to [the encroaching party] from granting such relief.” Here, the Methodists did not show that the “balance of equities weighed in its favor.” In other words, what it gained by having Mr. Kimball rip out the cladding and drip edge was bupkis, maybe an inch of space eight feet or so off the ground. But by tearing out the cladding and drip edge, Mr. Kimball would lose the ability to keep water from rotting his roof and joists.

So Mr. Kimball had to pay some damages (and they probably amounted to $1.98 or so), but the law would not make him rip out the cladding and drip edge to satisfy the Church elders.