We write a lot about trespass and the wrongful cutting of trees as a civil matter, where courts award money damages and occasionally injunctive relief. So much so, perhaps, that it’s easy sometimes to forget that trespass is also an offense against the public peace that is punishable in every state as a criminal offense.

Darlene Gall’s nickname could have been “Unmitigated.” There is pretty clearly a backstory of neighbor animosity here, but all we get are the facts of the offense: one summer day, while her neighbor Gloria was at work, Darlene drove onto Gloria’s yard and lopped a 20-foot long branch off an apple tree. She then dragged it back to her place behind her pickup truck.

Darlene already had a driveway, meaning that the easement was not essential to get from her house to the road. But rather than use her Massachusetts Rule rights to trim the tree limb back to the edge of her easement, Darlene went next door and took a bough – the whole bough. Darlene said she did this because the branch scratched her truck cab when she drove by on her easement. And because someday an ambulance might have to get to her house by means other than her driveway. And because Gloria’s people dumped dirt in the easement once. And so on.

When another neighbor saw Darlene cut the branch and tow it away, he reported it, and Darlene got charged with criminal trespass, a misdemeanor. She admitted cutting the branch, but tried to convince the judge she thought she had the right to walk onto Gloria’s land with her chainsaw whirring. Her lawyer argued that it is “a well-settled principle in the civil law that a non-owner of vegetative property, like a tree, is privileged to physically damage the property when it is intruding onto her property.”

Well, not exactly. The Massachusetts Rule lets a landowner cut off boughs and roots of neighbor’s trees which intrude into his or her land when the tree causes “sensible harm.” Darlene could have cut the apple tree branch back to the edge of the easement. But the branch’s encroachments were not a license for her to enter her neighbor’s yard and cut the encroaching limbs all the way back to the trunk.

Commonwealth v. Gall, 2017 Pa. Super. Unpub. LEXIS 1709 (Pa. Superior Ct. 2017). Darlene Gall drove onto her land owned by her neighbor, Gloria Hieter, and used an electric chain saw to cut down a 20-foot limb from an apple tree. She then threw a rope around it and dragged it behind her truck back to her own property. She did so without ever asking Gloria’s permission, claiming the limb was blocking her use of an easement, making it impossible for her to drive past without scratching the roof of her vehicle. She also rather disingenuously claimed she was concerned about the possibility of an ambulance being able to reach her property by means other than her driveway.

Darlene was charged with the crime of simple trespass, which makes it a misdemeanor for a person, knowing that he or she is not licensed or privileged to do so, to enter or remain in any place for the purpose of, among other things, defacing or damaging the premises. She was found guilty, and sentenced to pay a $50.00 fine and costs of prosecution. 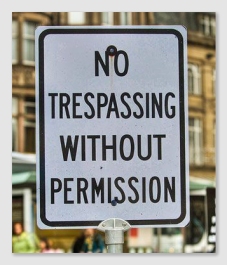 Uh… but then, it’s not trespassing.

Held: Darlene was guilty of criminal trespass. She complained there was no evidence to show she knew she was not allowed to go on to Gloria’s land to cut the branch that was interfering with the use of her easement. But the Superior Court agreed with the trial judge that Darlene knew that the base of the apple tree was on her neighbor’s property, that she knew she was entering Gloria’s property, and that she intended to enter the property in order to cut the tree branch.

The trial court found from circumstantial evidence that Darlene knew she was not privileged to be on her neighbors’ property to cut down the apple tree branch. But she argued on appeal that the evidence was insufficient, and anyway, the law permitted her to be on the property for the purpose of removing a personal hazard to her health, and that she did not have the specific intent of defacing or damaging the premises.

The Superior Court, however, observed that intent can be proven by circumstantial evidence, and that it can inferred from timing. Here, Gloria testified that she drives past the easement, which is on her left, to go to work. A neighbor, Mr. Goldman, heard the chainsaw and the large cracking sound and saw Darlene’s truck going by, towing this huge branch around 11:30 am on a Tuesday. The Superior Court said it was permissible to infer from Darlene’s choosing to cut down the branch at a time Gloria would not be at home that Darlene knew she was not privileged to enter Gloria’s land to cut down the branch. Gloria confirmed that Darlene never asked her about the tree branch. 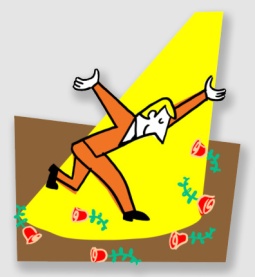 Mostly, Darlene was heisted by her own petard. She whined that “there was nothing there to say I couldn’t go up there. There was nothing there, no signs or nothing. They posted, actually, their signs into my easement, in other words, with the — may I say something? There was time when they encroached on my easement there, trying to take it on me, and it cost me thousands of dollars in court to establish that I had the right to that road. They were pushing dirt on my — they built a shed a foot over their property line without a permit, and I have no… other way to explain the need to go on there and just take care of it myself.”

The trial court said Darlene “seems all too aware of where the easement line is and where her property is and where her property isn’t. She acknowledges that she went four steps onto her neighbor’s property.” The Superior Court concluded that Darlene “knew that she was not licensed or privileged to enter onto her neighbor’s property to cut down the apple tree branch. Furthermore, as has already been stated above, [Darlene] has been quite forthright about her entry onto [Gloria’s] land having the sole destructive purpose of removing the apple tree branch that was hanging in the easement.” What’s more, the fact that Gloria’s property was not posted with “No Trespassing” signs was irrelevant for the crime of simple trespass. It was enough that Darlene knew she was trespassing.

Darlene tried to raise necessity as a defense of justification, but the trial court held that “the necessity would be as to why she had to go onto the property as opposed to cutting the limb at the edge of the easement, and that’s not what’s in front of us today.” In other words, for necessity to work, Darlene had to show why exercising her rights under the Massachusetts Rule – that is, to trim the apple tree branch to the edge of her easement – was not good enough.

On appeal, Darlene argued that cutting the limb “was to avoid a ‘harm or evil,’ namely the harm of not being able to receive emergency services at her home,” and therefore, she “was privileged to enter upon [Gloria’s] property to cut the potentially harmful branch.” But before the trial court, all she said was that her “entry upon the alleged victim’s premises was for the sole purpose of maintaining the right-of-way, and not to intentionally deface or damage the alleged victim’s property.” When the issue is not raised in front of the trial court, the appellate court will not entertain it.