Just for something different, I thought I’d write about impeachment and Washington, D.C. You know, of course, what I mean. 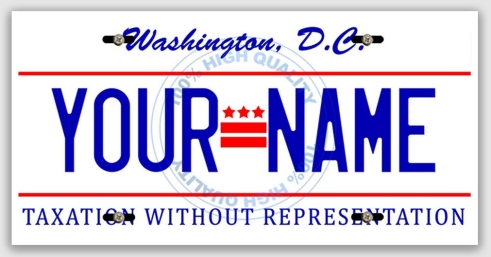 The District of Columbia – the motto of which is “taxation without representation” – argues that it should have voting representation in Congress like the rest of us. As a voter, I would just as soon not be held responsible for the cretins who cast ballots on Capitol Hill. Being responsible for one level of incompetent boobs managing the city I lived in seems to be plenty.

Am I unfair to D.C. municipal employees? Not according to John Katkish, who accused the Dept. of Public Works Tree and Land Division (“TLD”) of incompetence. He said that when he noticed a tree leaning in on his house, he called the TLD. Nothing happened, and a week later, the tree fell on his residence.

John’s lawyer got flummoxed by the rules of negligence, which require right out of the gate you show that there is a recognized standard of care, and that the defendant failed to meet it. John’s two experts did not testify as to what the national standard of care might be when a resident calls to say a tree is suddenly leaning toward his house, and looks like it’s going to fall. (If you figure that the standard is pretty obvious, you can be forgiven for that burst of common sense… but you’ll never be a lawyer).

John’s second problem was that he insisted he had accurately conveyed the emergent nature of the situation to the TLD guy he talked to on the phone. But when the trial dust settled, the TLD had not put the man – whose name was Alvin – on the stand.

There is a great evidentiary claymore a party can wield on its foes in such instances, called the “missing witness instruction.” Where a witness is peculiarly within the control of one party, has particularly first-hand evidence on some element of the case, and yet is not called by the controlling party, the other party is entitled to have the judge to tell the jury members that they may infer from the witness’s non-production that had he appeared to testify, his testimony would been harmful to – that is, would have impeached – the controlling party’s case. Here, had the instruction been given, the jury could have surmise that Alvin would have testified that John screamed into the phone, “The tree is falling! The tree is falling!,” and thus made the emergency nature of the situation clear.

Alas, John missed out on getting a missing witness instruction, because although Alvin worked for TLD, there was no evidence that John’s lawyer could not have called him for a deposition, an interview, or even a cup of coffee. 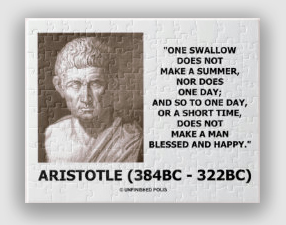 In the final analysis, it seemed John called the TLD once, and figured that a single call should be enough. As it turns out, “one swallow does not a summer make,” nor does one call define an emergency.

Katkish v. District of Columbia, 763 A.2d 703 (Ct.App.D.C. 2000). When John Katkish, a resident of our nation’s capital, noticed a large tree leaning toward his house, he did what anyone would do in such circumstances: He called the District of Columbia Dept. of Public Works, Tree and Land Division (“TLD”), to complain.

Fat lot of good that did. A week later, the leaning tree fell on his house. That’s when John did a second thing that anyone would have done in such circumstances. He sued the District of Columbia for negligence.

At trial, John called two expert witnesses. The first, arborist James Biller testified that a 60-foot tall oak tree leaning toward a house with a lifting curb would warrant immediate inspection and possible abatement. The trial court rejected Arborist Biller’s opinion because he failed to define a national standard of care for the maintenance of leaning trees or the response time to notification of that condition. In addition, the trial court complained, Mr. Biller based his opinion on what Virginia municipalities do and lacked familiarity with the District of Columbia’s horticultural situation and how it compared to that in Virginia.

John also called Thomas Mayer, an expert in utility arboriculture. The trial court rejected Mr. Mayer’s testimony because he also did not specify a national standard or one relating to comparable municipalities.

On the first day of trial, Sandra Hill, a TLD employee, testified that Alvin Baltimore was the clerk who took John’s call on May 20. After the close of the evidence, John asked the trial court for an adverse inference against the District, under the missing-witness presumption, because the District had offered no explanation as to why it had not called Alvin to testify. The trial court questioned whether Alvin was available to the District but not to John, and ultimately refused to draw an adverse inference from the District’s failure to call Alvin as a witness.

Unsurprisingly, the trial court found that John did not convey the emergency nature of the situation to the TLD when he called on May 20th, and thus held that the government was not negligent. 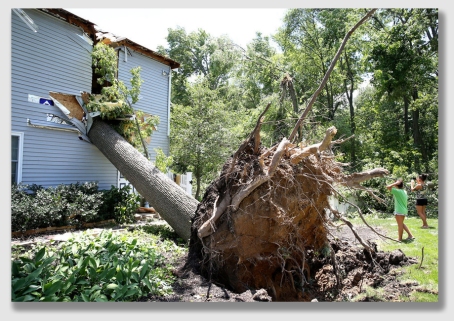 Held: The trial court’s decision was upheld, because John failed to present sufficient expert testimony to establish the standard of care the TLD needed to meet in order for it to not be found negligent. As for the missing witness Alvin, the trial court did not abuse its discretion by declining to draw an adverse inference regarding the worker who took the report of the leaning tree that appellant phoned in.

In this case, the Court found, “an average lay person is not capable of discerning when a leaning tree may create a dangerous situation requiring an emergency response and whether the likelihood of the tree falling is related to the condition of the tree, the street, or other circumstances.” Thus, the trial court was not wrong to rule that the standard of reasonable care and maintenance of a dead and leaning tree by a municipality – at least in the non-emergency situation presented in this case – was “beyond the ken of the average person.”

Based on the trial court’s finding that John told the District only that there was a “dead” and “leaning” tree in front of his house, the appellate court agreed that expert testimony was needed to determine the standard of care the District of Columbia had to meet to abate the situation. 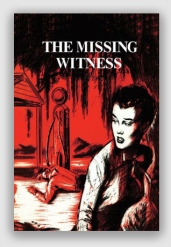 Here, John did not show that the trial court abused its discretion in refusing to draw a missing witness inference. John had plenty of chance to take Alvin’s deposition, meaning that Alvin was hardly just available to the Dept. of Public Works. Given the principle that the missing witness inference “need not be applied broadly or rigidly,” the court of appeals wrote, “we cannot conclude that the trial court erred as fact finder in refusing to draw the inference.”

Thus, John could not use Alvin’s absence to ask the jury to infer that he would have impeached D.C.’s defense.

The Court noted that there was plenty of evidence to support the trial court’s conclusions in the case. The record showed John made no follow-up contacts by phone or in writing to anyone in the D.C. government after the May 20th call, despite the fact he testified that he believed the tree was going to fall. In fact, John saw a TLD crew outside his house after he had noticed the leaning tree but before it fell, yet did not contact the crew to have them look at the tree. Therefore, the trial court’s ruling was supported by the evidence.