In the 1970s (and undoubtedly even now), parking around The Ohio State University College of Law was awful. Everything was either reserved for faculty and staff (the parking lots) or metered with devices that would have made Einstein proud: while time crawled as we sat in property law, it was accelerated by the meter so that the hours (and the quarters) flew by.

The result, predictably, was that as a law student, I collected more than my fair share of parking tickets. When I didn’t pay them (chiefly because my student budget did not include a big chunk for the City of Columbus), dunning notices would be sent to my legal residence, which of course was my ancestral home. My mother would see them, shake her head is deep disappointment at her eldest son, and say, “I would think that law school would teach you to respect the law.”

Well, it did not, Ma, I am sorry to say. Or maybe not so sorry. After all, today’s case is Exhibit A in my argument that while Aretha may be entitled to a little respect, the law is not.

Ken and Sally Eyer were senior citizens who were forced to sell off timber in order to pay Sally’s chemotherapy bills. They owned the land: a big timber company contracted to cut the trees. Ken Eyer showed the company the boundary line, but the timber company – which, being in the business, should have known better, crossed onto neighboring land and committed a trespass to timber. The neighbors sued the Eyers, the Eyers brought in the timber company, and then, what appears to have been a straightforward case, went to hell.

A concurring jurist in today’s Idaho Supreme Court case said it best: while the decision

“correctly applies the law… the outcome is most unfortunate for the Eyers. It appears to me that the legal system catastrophically failed Kenneth and Sally Eyer.

This case started out as a $1,600 timber trespass. Pursuant to Idaho Code section 6-202, the Eyers were obligated to their neighbors, Russell and Laura Stevens, for treble damages. The Stevens filed suit, seeking a whopping $268,770 in damages. Eventually the case was settled upon the Eyers’ agreement to pay $50,000, plus interest, out of the estate of the last of them to die (they were octogenarians). Trial testimony indicated that $15,000 of the settlement was for damages and $35,000 for the Stevens’ attorney fees incurred in the suit. The Eyers had incurred their own attorney fees and costs in the sum of $37,934 by the time of the settlement. The Eyers’ third-party claim against Idaho Forest Group then went to trial and the Eyers lost. The district court granted Idaho Forest Group attorney fees and costs in the amount of $97,821.30. Thus, excluding attorney fees incurred by the Eyers in pursuing their third-party complaint and this Court’s award to Idaho Forest Group of its fees on appeal, the Eyers are out a minimum of $185,755.30 on a $1,600 timber trespass…

It is not clear from the record how the Eyers ended up in this position but it is a tragedy and does not speak well for the legal system. It is imperative that court procedures be reformed to expedite the process and reduce the cost of litigation to avert a repeat of this unfortunate story.”

So no, Ma, in the ensuing 40-odd years since law school, I have not learned to respect the law. 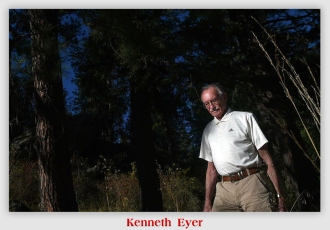 I respect Ken Eyer. (Sadly, Sally died of cancer shortly after the Idaho Supreme Court stripped her of her life savings, but I respect her memory).

Stevens v. Eyer, 161 Idaho 407, 387 P.3d 75 (Supreme Ct. Idaho, 2016). Ken and Sally Eyer entered into a log purchase agreement with Idaho Forest Group, Inc., because the couple – both in their 80s – needed money to pay medical bills. IFG sent an agent to the Eyers’ property prior to logging to assist them in locating property lines. “”I told them not to cut anything I could see from my deck,” Ken told the Spokane, Washington, Spokesman-Review.

But when the logging occurred, IFG mistakenly cut timber located on neighboring land belonging to Russ and Laura Stevens. The Stevenses promptly sued the Eyers for timber trespass. The Eyers brought a third-party action against IFG, which essentially said that if the Eyers were liable to the Stevenses, then IFG was liable to the Eyers for the same amount. The Eyers claimed IFG breached its duty to properly mark the property lines.

At trial, the Eyers alleged that IFG assumed a duty to locate the property boundary between the Eyers and Stevens properties. The jury found that IFG had not assumed this duty.

Afterwards, IFG moved for an award of $95,600 in attorney fees under Idaho Code section 12-120(3), which permits award of such fees in a commercial transaction. The Eyers argued that there was no commercial transaction because they were going to pay medical bills with the proceeds of the timber sale. The district court awarded IFG the full amount of their requested attorney fees.

On appeal, the Eyers contended Idaho Code section 12-120(3) does not apply. 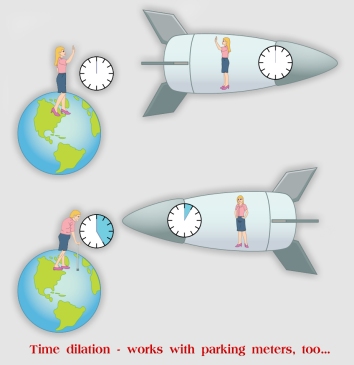 The Court noted it had previously characterized transactions as commercial when the purpose for entering into the transaction was to generate income. Earning income, the Court said, is the quintessential act of engaging in commerce.

To be sure, the Eyers had purely personal purposes in mind for the revenue they would realize from the sale of timber to IFP. Most people who are employed use their income for “personal or household purposes,” such as paying for lodging, food, utilities, and entertainment. Nevertheless, the Court said, by virtue of their employment, they are engaged in commerce. It is for that reason that actions brought for breach of an employment contract are considered commercial transactions under Idaho Code Ann. § 12-120(3).