That’s OK if you don’t, because the cat we’re talking about today is anything but the black-clad suave Robert Loggia. More Garfield than cool cat, the Dinuccis’ tabby kept wandering into Mr. Lis’s yard. The Dinuccis — who, face it, didn’t have a great rapport with their neighbor to begin with — didn’t give a hairball about Lis’s complaints.

Finally tired of it all, Mr. Lis trapped the feckless feline and turned it over to the City. The City charged with Dinuccis with an “animal at large” minor misdemeanor. About this time, old softie Mr. Lis contracted a case of the “guilts.” He could hardly live with himself if the Dinuccis found themselves doing 30-to-life in some hard-labor gulag. So he relented, and asked the city law director to dismiss the charges.

After the long-suffering neighbor paid a metric ton of legal fees, the trial court threw the case out, and the Court of Appeals agreed. The Dinuccis’ case suffered from a simple problem: they never denied their cat was free range (how could they?), and that was all the ordinance required. Because there was probable cause to believe that the peripatetic pussycat had gone feral, there was probable cause to believe ordinance had been violated. That being the case, there could not be malicious prosecution. 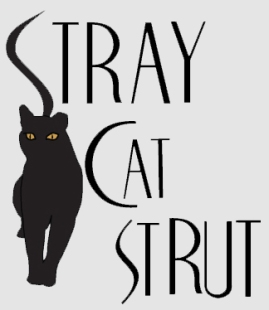 Dinucci v. Lis, 2007 Ohio App. LEXIS 3702, 2007 WL 2269740 (Ct.App. Ohio, Aug. 9, 2007). This dispute between neighbors started over involving the capture and eventual safe release of a house cat. The parties were before this court in an earlier dispute, which involved trespass, property damage, and continuing nuisance claims by the Dinuccis against their next-door neighbor Matthew Lis. Then the Dinuccis had claimed Lis was liable for 1) delays in the construction of their house due to his objections, 2) damage to their lawn caused by trespassing, 3) willow tree branches hanging over their property, and 4) creating a nuisance by having the Lis yard look like a construction site for over two years. Out of all of that the Dinuccis won a princely $150 for damage to their lawn, the rest of their claims having been thrown out. The Dinuccis appealed to no avail.

At the same time, it appears that Lis had been complaining since 2004 about Dinuccis’ cat wandering around the Lis homestead. Lis contacted the North Royalton, Ohio, animal control department. The City’s animal control officer told the Dinuccis that the city had received complaints from neighbors concerning their cat, and warned them that they would be cited if the problem wasn’t resolved.

It wasn’t, and a few months later, Lis captured the feline on his property and turned it over to the City. The Dinuccis were charged with a violation of North Royalton Ordinance 618.01, the “Animal At Large” provision. The North Royalton prosecutor met with the parties, at which time Lis agreed with the recommendation that the criminal charge against the Dinuccis be dismissed. But after the charges were dismissed, the Dinuccis filed a civil lawsuit against Los, alleging malicious prosecution and intentional infliction of emotional distress. The trial court granted Lis’s motion for summary judgment and dismissed the case. Dinuccis appealed. 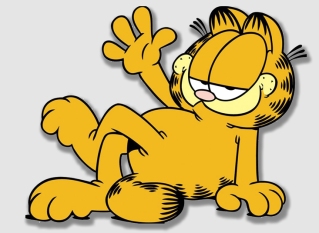 Held:  The case was correctly thrown out. The Court observed that, after all, North Royalton Ordinance 618.01 clearly stated that ‘[n]o person who is the owner or keeper of horses, mules, cattle, sheep, goats, swine, dogs, cats, geese or other fowl or animals shall permit them to run at large upon any public way or upon unenclosed land” and that “[t]he running at large of any such animal in or upon any of the places mentioned in this section is prima facie evidence that it is running at large in violation of this section.” In order to establish the tort of malicious prosecution, the Dinuccis had to prove malice in instituting or continuing the prosecution, a lack of probable cause, and termination of the prosecution in favor of the accused. And here, the Dinuccis couldn’t show a lack of probable cause.

Probable cause does not depend on whether the claimant was guilty of the crime charged, but instead, only on whether Lis had probable cause to believe that the Dinuccis were guilty. Lis wasn’t bound to have evidence sufficient to insure a conviction, but instead was required only to have evidence sufficient to justify an honest belief of the guilt of the accused. Here, the Court said, the evidence show that both the city and Lis had a reasonable belief that Dinuccis violated North Royalton Ordinance 618.01.

Indeed, the Dinuccis didn’t deny violating the ordinance either at the trial court level or in their brief. Their cat was captured on Lis’s property. As a result of a reasonable belief that the violation occurred, probable cause to investigate existed. The evidence was sufficient to justify an honest belief of the guilt of the accused.