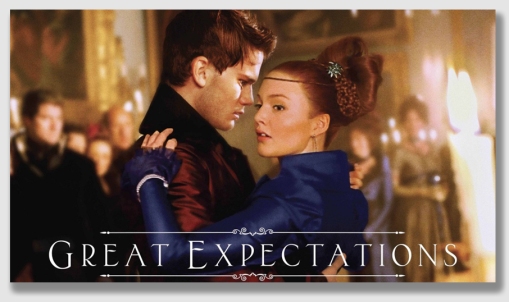 “Yes, my dear, 2-1/2 baths, cathedral ceilings throughout, and a three-car garage!”

This being the first day of the new Supreme Court term (appropriately named “October Term 2019”), perhaps we expect great decisions from that august body. Perhaps, this being the fifth business day of Fiscal Year 2020 for our dear Uncle Sam, we expect great bipartisan progress on tax reform and prudent spending. Of course, if we expect those things, we would be wishing as well that marijuana be made legal in all 50 states, because we’d have to be on dope to really think any of that is going to happen in Washington, D.C.

No, the “great expectations” we’re talking about are the great expectations that new homebuyers so often harbor. After all, what are developers selling if not dreams? Real estate people don’t even pretend that they’re doing anything but. Look at the housing bubble.

Well, it’s gone on ever since the dawn of our great nation. Today’s case is an illustration of what can happen in the fallout of a dream. A subdivision planned in Meriden, Connecticut, in the 1930s included a number of beautiful streets that were never built. Nevertheless, the Doucettes and their predecessors had always used what would have been a street to get access to the garage at the back of their narrow lot… at least until their neighbor announced he was going to build a motorcycle gang hangout where the driveway lay, and it would have to go.

The Doucettes didn’t think much of this idea. Matters ended up in court, where the Doucettes were held to have an implied easement which was roughly the size of the proposed street (to the extent handy for their ingress and egress). The neighbor complained that the Doucettes could have built a driveway from the front of the house, but the Court said that didn’t matter. Because buyers are buying the dream, they have a legitimate expectation that streets are going to be built. It’s enough that the original maps as recorded in the land records showed the street and the Doucettes found it “reasonably necessary for the use and normal enjoyment” of their land.

The Doucettes had a serviceable driveway.

Doucette v. Burnham, 2007 Conn. Super. LEXIS 1937, 2007 WL 2363856 (Super.Ct. Conn., Aug. 2, 2007). The Doucettes owned a house on a narrow lot, so narrow that the garage behind the house was sited sideways, with the garage doors facing the property of their neighbor to the east, Mr. Burnham. The lots were on a development that had been laid out in the 1930s, and which planned a street behind the homes to be known as Francis Street. Francis Street was never built, let alone dedicated to public use, but ever since the homes were built, a driveway located along what would have been Francis Street connected the Doucette’s garage to the public thoroughfare, Carl Street. This driveway lay on the part of Burnham’s land that would have been Francis Street (if there had been a Francis Street).

Prior to the dispute, Jeffrey Doucette took care of the portion of Burnham’s land that would have been Francis Street, trimming the trees, removing leaves, seeding, fertilizing and mowing the lawn, plowing the snow, and adding processed stone to the already existing driveway. Over many years, Burnham’s would-be Francis Street land had been used by the Doucettes and others in the neighborhood for parking cars and as an area to walk, play, and ride bicycles. 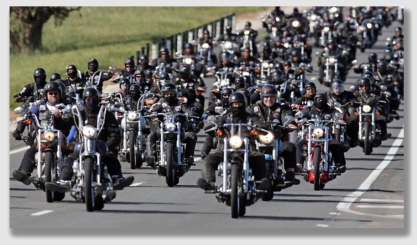 Burnham, however, wanted to build a clubhouse … you know, just to have a few friends over every now and then.

Friction began when Burnham bought a large neighboring lot and made plans to develop it commercially. He told the Doucettes he planned to build a clubhouse for a motorcycle gang right where their driveway presently lay, a proposal that did not meet with approbation. Burnham proceeded to tear out the wide drive that had been there, straightening it along the centerline of the unbuilt Francis Street (which put a sharp 90-degree turn in the drive) and narrowing it to 8 feet in width with a berm on either side. The Doucettes could have installed a driveway down one side of their home (where there was about 9 feet between the house and the boundary), but they would have had to take out three mature trees to do so, and the drive would have been quite narrow.

The Doucettes sued Burnham, seeking an injunction and a ruling held they had an easement implied by the original plat maps to use the right-of-way that would have been Francis Street.

Held: The Doucettes were entitled to an injunction. The Court held that the issue of whether a map creates an easement by implication is a question of law. Under an equitable estoppel theory, an implied easement exists when the owner reasonably anticipated the use of the streets disclosed on the map that would prove beneficial to him. Also, a lot owner may acquire an implied easement by virtue of a map under an implied covenant theory, if the anticipated use of the street served as an inducement to the purchase of the lot. Under either theory, the owner doesn’t have to show that such an easement is necessary in order for the implication of its existence to arise, but rather only must show that the easement is highly convenient and beneficial for the enjoyment of the portion granted.

The reason that absolute necessity is not essential, the Court held, is because fundamentally such a grant by implication depends on the intention of the parties as shown by the instrument. It is not strictly the necessity for a right of way that creates it. Thus, the Court said, in determining whether an easement by implication has arisen the Court examines (1) the intention of the parties, and (2) whether the easement is reasonably necessary for the use and normal enjoyment of the dominant estate.

Here, the Court said, although the Doucettes could have had access to their garage over their own property by removing three trees and repositioning or restructuring the building, access over the Francis Street route is highly convenient and beneficial to the Doucettes for the normal enjoyment of their land. Based upon a review of the maps and deeds entered into evidence, as well as the circumstances giving rise to the easement in this case, the Court found that the Doucettes had an implied easement for ingress and egress to their garage over Burnham’s land on Francis Street. The rule in Connecticut is that while some benefit to the dominant estate must be shown to establish the right to an easement implied from a map, generally, the easement itself is not limited to such as is reasonably or materially beneficial to the grantee. The court must consider any language on a map or other instrument as a matter of law and consider that legal language in light of the surrounding circumstances involving the facts of the case.

The implied easement in this case arose from documents recorded in the land records. Therefore, the Court held, it must follow the intentions of the grantor of the implied easement at the time it was granted, even though the circumstances have changed significantly since 1939 when the original map was recorded. Based upon the maps, deeds and circumstances that existed at the time Map 388 was created in 1939, the Court said, Francis Street was clearly intended to provide ingress and egress to the Doucettes’ garage, as though it was a public highway. The physical scope of the easement for ingress and egress was clearly established by the description of Francis Street on the map and recorded in the land records. Therefore, to the extent that the Doucettes had used Burnham’s land on Francis Street in the past to access their garage, they had not overburdened their right to do so as the owners of the dominant estate.

However, the Court said, because the original purpose of the easement over Francis Street was to provide ingress and egress to the Doucettes’ garage, the scope of the their use of the easement must be limited to the normal and natural activities that may be conducted on a residential roadway, including parking and for ingress and egress to the Doucette property by foot or bicycle. But roadways, the Court held, are not intended to be used as a playground or for conducting other social activities. Therefore, the easement was not intended to provide the Doucettes with access to a park or to open space, for their general use without limitation, so kids could not be playing on it.