DO YOU HAVE A POINT?

More than one reader wondered where I was headed yesterday when I wrote about the New Hampshire law of animals ferae naturae. Other than showing you a picture of my dog – always a worthwhile goal, in my book – the blog may not have seemed all that relevant. After all, neighbors, especially urban neighbors, are seldom overrun with wild animals intent of committing mayhem in your back yard.

But, yes, I had a point. As that great philosopher Elvis once said, “I said all that to say all this…” The law of animals ferae naturae translates a bit into “plants ferae naturae.”

In today’s case, the afflicted neighbor, Linda Pesaturo, claimed that her neighbor’s trees were overhanging her property, making her driveway unusable and collapsing her fence. The trees, she complained, were a private nuisance.

The New Hampshire Supreme Court nixed the claim. It pointed out that just as the law of animals ferae naturae required human interference with the animal before making a property owner liable for a resulting nuisance, it was not enough that Linda said the trees caused damage. Unless she could somehow show that neighbor Robbin had somehow interfered with nature in the planting or growth of the pine and maple, the lush and fecund trees.

Pesaturo v. Kinne, 161 N.H. 550, 20 A.3d 284 (Supreme Ct. N.H., 2011). Linda Pesaturo brought a small claims action against her neighbor Robbin Kinne, seeking more than $2,000 in damages because two of Robbin’s trees overhung her property; one limited Linda’s use of her driveway, while the other one damaged her fence.

Robbin moved to have the claim dismissed, arguing that Linda failed to state a claim upon which relief could be granted. The trial court agreed, dismissing Linda’s negligence and nuisance claims. 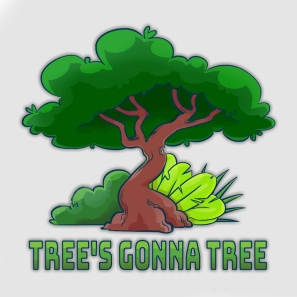 Held: Linda had adequately raised a claim for negligence with respect to one tree, but she failed on the other. Her claim of private nuisance was properly rejected.

It is the common law rule that a landowner is under no affirmative duty to remedy conditions of purely natural origin on his or her land even though they are dangerous or inconvenient to his neighbors. In order to create a legal nuisance, a human act must have contributed to its existence, just as under the law of animals ferae naturae, as held in Belhumeur, a landowner cannot be held liable for the acts of wild animals occurring on his property unless the landowner has actually reduced indigenous wild animals to possession or control, or introduced non-indigenous animals into the area.

But ferae naturae does not apply to plants, such as trees. Instead, the Court ruled, a duty exists on the part of a landowner when it is foreseeable that an injury might occur as a result of the landowner’s actions or inactions. A landowner’s liability may extend beyond the borders of his or her property, and a duty may be present if the landowner’s acts or omissions create a sufficiently foreseeable risk of harm in such a case, where it can be found that the landowner did not use reasonable care in the maintenance and operation of his or her property. 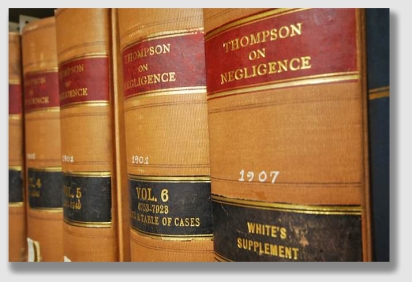 To recover for negligence, a plaintiff must demonstrate that the defendant has a duty, that he or she breached that duty, and that the breach proximately caused injury to the plaintiff. In this case, Linda’s complaint failed to allege a cause of action for negligence because she had not alleged that Robbin’s trees were decayed or defective, or that Robbin knew that the trees were in such a condition but failed to eliminate the danger to Linda.

But when Linda amended her complaint, which she did after the Robbin filed her defense of failure to state a claim, she sufficiently alleged that defendant knew about Robbin’s oak tree had “swinging, dead limbs” and, thus, that the tree was decayed or defective, thereby imposing a duty upon him to eliminate the condition. The amended complaint also sufficiently alleged that Robbin breached his duty by failing to act and that this breach caused Linda injury by denying her use of her driveway.